Rating: NNNNN Just when you thought the polar ice caps couldnt melt any quicker. Yes, 2006 may have been the year. 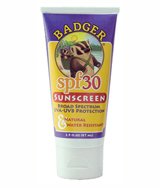 Just when you thought the polar ice caps couldnt melt any quicker. Yes, 2006 may have been the year we woke up to inconvenient truths and polar bear drownings, but 2007s been a chart-topper full of long-awaited bans, doublespeaking shams and big-name bands battling it out for a deeper shade of green.

1 Its the chemicals, stupid

Tin can linings and baby bottles turned sinister, and thanks to bold testing by Environmental Defence we learned that our politicians are just as toxic on the inside as their enviro policies. Hey, at least the feds decided to wake up and start investigating 200 or so of the most noxious chemicals, as well as the blood of 3,000 Canadians (only half a decade after the U.S.). Heres to 2008 being the year they start banning some of this shit.

Speaking of bans, 2007 was pleasantly full of them. Ontario vowed to ban energy-hogging incandescent bulbs by 2012. We didnt, however, have the guts to follow the tiny Manitoban town of Leaf Rapids and totally banish plastic bags (instead, were politely asking retailers to halve their output). I say we model 08 after San Frans thrilling ban-happy year, when plastic bags, water bottles and styrofoam takeout containers were all told to act like Michael and beat it.

3 Tommy, dont play with that! and other toxic toys

How sad is it that stories about lead in toys have started to get mundane? Barely a month passed without yet another recall. The truth is lead, cadmium and hormone-disrupting phthalates were always there in anything made of PVC (the most popular of the toy plastics). Its just that no one was really checking. The feds promise to get tough with toy makers in the new year lets all wish that they actually follow through with enforcement.

You know the support-your-farmers movement has made it when emblazoned across the cover of Time Magazine are the words Forgot Organic. Eat Local. Smack. Of course, the push for more regionally sourced delights gets the green thumbs-up, but thats no reason for pitting local against organic. Hopefully, more sophisticated initiatives that seamlessly merge both ideals, like Local Flavour Plus, make the cover next year.

5 Live Earth: When celebs fight back (on private jets)

You just cant have a legit cause any more without a big-ass concert, and the environment finally got its own. Yes, most people remember the private jet rides more than the eco slogans, but give it a break. Besides Wal-Mart selling organic bedsheets, this is no doubt the liveliest proof that going green has penetrated the mainstream. We just need all those viewers to honour their Live Earth pledge cards and vote out coal.

After his first three years failed to produce much in the way of greenery, David Miller finally started walkin the eco talk. We committed to an aggressive Climate Change Action Plan, weve partnered with Bill Clinton to retrofit our buildings, were planting $1 million in new trees, converting traffic lights to LED on masse and slashing hundreds of megawatts of power. But the mayors going to have to speed up on laying down bike lanes if he wants to salvage his street cred.

Oh, how close we came to great change at least the kind enabled by knowing what the hell is poisoning us in our neighbourhoods and cupboards. This private members bill put forward by MPP Peter Tabuns looked like it might go all the way, making it past second reading. Then the Libs wimped out, pointed their finger at the feds and called an election. Id ask for right-to-know regs from Harper, but I wouldnt want to waste a wish. Fingers crossed the city passes its CR2K bylaw next spring.

This may go down as the year Evian had to remarket its bottles as portable bidets to salvage sales. Okay, that may be pushing it a tad, but still, bottled water got a good slap in the face as maitre ds stopped asking, Sparkling or flat? (subtly leaving tap out of the equation) and municipalities plain stopped ordering it. If we could just start a drinking fountain revival wed be all good.

9 Live free or die writing about it: 100 Mile, Garbage-free and No-Impact memoirs

We detect a bit of a pattern here, but, hell, we like it. Writers refrain from one or more destructive consumer behaviours for weeks, months or, better yet, a whole year and live to tell the tale. It might seem formulaic by now, but seeing how bad we suck at eating locally or abstaining from toilet paper usage is pretty damn fascinating and inspiring. Maybe we should commission the head of Kimberly-Clark to write a book about a year without virgin boreal tissue products and see how many acres we can save.

How does one speak out of both sides of ones face, talking up sustainability and planetary responsibility with one side while applying moistened lips to Bushs ass with the other? Ah, its a fine art perfected by none other than master greenwasher and climate buster John Baird. Our poll-savvy PM was wise to ditch dead-weight Rona Ambrose at the start of 07 and switch to this smooth talker that is, if his long-term goal was to become the dark lord of the post-apocalyptic underworld. Lets hope the deadly duo choke on their own fumes next election.