The Feds say a ban on advertising sex services will combat trafficking and protect underage victims, but prohibition may actually have the opposite effect. 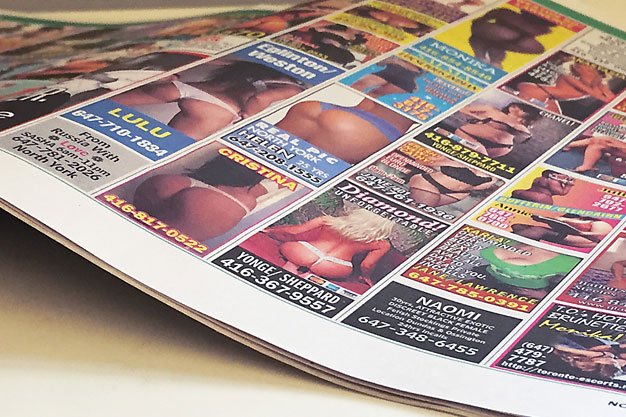 This is just a sample of thousands of escort classified ads on websites, Facebook, Twitter and pretty much anywhere online or in print. And as of December 6, they are history in Canada now that Bill C-36, the new federal anti-prostitution legislation, has become law

According to Justice Minister Peter Mackay, it will affect “all forms of advertising (of sexual services), including online. Anything that enables or furthers what we think is an inherently dangerous practice of prostitution will be subject to prosecution.” (NOW Magazine has sought legal advice on the new law and will continue advertising sex services in print and online.)

The new law ranks among the harshest in the world. Advertising sexual services is legal, or at least tolerated, in Europe and elsewhere in North America. In the UK, for example, the “tart cards” that once plastered the ubiquitous red phone boxes have moved online. The internet and social networks are now prime hubs for sex-related ads.

In the U.S., sex work is regulated by the states, so laws vary, but many American escort agencies and individuals advertise in print or online under the category of “bodywork.”

In order not to appear to be cracking the whip on individuals, Bill C-36 (the Protection Of Communities And Exploited Persons Act) permits sex workers to advertise. But this is a gigantic Catch-22, because whatever platform they choose to use – website, newspaper, online classifieds or social network – will be, in the justice minister’s words, “entirely subject to prosecution.” Servers, website hosts and companies supporting the advertising sites are in essence treated as pimps and can be charged. In effect, that’s a total crackdown.

At Maggie’s, the Toronto Sex Workers Action Project, a staffer says the advertising prohibition and other elements of the bill will “force sex workers underground to very unsafe areas.”

Here’s a familiar scene: It’s night on a rundown suburban commercial strip in a big city. A lone male driver trawls along the curb, slows his car and stops. His face is indistinct through the windshield. A woman saunters up to the car. She leans in, her body-hugging top so scant her breasts seem to pop out. She wears a mini-skirt and 6-inch platforms. They talk. The transaction is concluded. She climbs into the car and they drive off.

This image of “the hooker” has been repeated time after time on TV, in books, movies and photographs. Is there a more maligned and misrepresented character?

But it’s an outdated and typecast cliché. Conservative MP Joy Smith stuck to that script when she spoke in support of Bill C-36: “Unfortunately in this country we have had films like Pretty Woman. We have had films glorifying prostitution.”

Government MPs have justified the law as a means to combat trafficking and protect underage victims. But prohibiting ads may actually have the opposite result.

Backpage.com, a global internet site associated with New York City’s Village Voice, features classified ads from hundreds of cities around the world. It is an internet locus for sex worker advertising and has come under pressure from U.S. attorneys general due to fears that some ads are used for trafficking and child prostitution.

Backpage states that it closely monitors ads for underage services and “cooperates with police and uses strategies that work,” making it much easier for police to locate and apprehend human traffickers and child abusers.

The site notes that “both Microsoft and University of Southern California have recently published independent studies showing the effective solution [to human trafficking] is to leverage web technology to capture predators and rescue kids.”

Prohibition will simply send ads deeper underground and make rooting out criminality much more difficult. Under strong pressure from lawmakers, Craigslist, for example, ended its “adult services” section in 2010, but ads have crept back in, hidden, using coded language.

The federal advertising ban is weak and poorly conceived, not least because agencies and freelance sex workers will simply shift their business from Canadian providers to the U.S. or offshore, putting them out of reach of local authorities and penalizing Canadian media.

Take burlesque, which is enjoying a major revival due to the saucy new approach developed by artists like Dita Von Teese and Madame Rosebud. If a burlesque dancer advertised her upcoming event – disrobing in an after-hours swingers’ club – that could be construed as offering a sexual service.

MP Smith draws no distinctions. She has said there’s no need to define sexual services: “Everybody pretty well knows what it’s about…. I mean, everybody can go into the minutiae of ‘is this sex, is this not sex.’ Generally speaking, the world knows what sex really is…. What we’re looking at is whatever the women are doing.”

“Whatever the women are doing” is a pretty vague definition!

Department of Justice spokesperson Carole Saindon provides a much clearer, if unsatisfactory, explanation: the definition of “sexual services” will be determined in court.

“A court will consider whether the ‘service’ is sexual in nature and whether the purpose of providing the service is to sexually gratify the person who receives it.”

But defending their actions in court will be time-consuming and expensive and therefore punitive for sex workers, dancers and masseuses.

Lawyers question whether the legislation meets Charter provisions for freedom of thought, belief, opinion and expression.

Addressing the bill, Liberal MP Kevin Lamoureux said, “At the end of the day, it is the vast majority of the legal community. When I say ‘the vast majority,’ we are probably talking, outside of the ones who maybe work for the department, 95 per cent plus who would have said that this [bill] would not pass a Charter test.”

The new law permits sex workers to take money for their services but makes advertising them a crime – a strange piece of double-think. 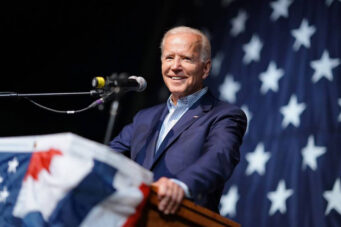