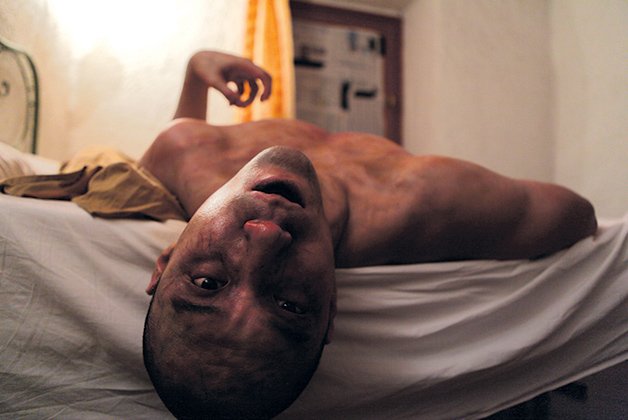 Derek Lee finds himself Afflicted by a mysterious disease.

Afflicted does so much so well, it’s impossible not to be charmed by it. Writer/directors Clif Prowse and Derek Lee play versions of themselves on a trek around the world following Lee’s potentially terminal brain aneurism diagnosis. Prowse brings along camera gear to document their globe-trotting.

A week into their trip, Lee begins exhibiting strange symptoms following a questionable hookup in Paris. He can punch through walls. His skin blisters in the sunlight. He craves human blood.

The shift from MTV-edited travelogue to superhero flick to supernatural horror movie is seamless.

Even though the premise of “filming everything” feels stretched in places, Prowse and Lee’s found-footage format hides some serious SFX in its lo-fi set-up.