NOW MagazineMusicAlbum reviewsAIM is M.I.A.’s most classically pop album in a decade

AIM is M.I.A.’s most classically pop album in a decade 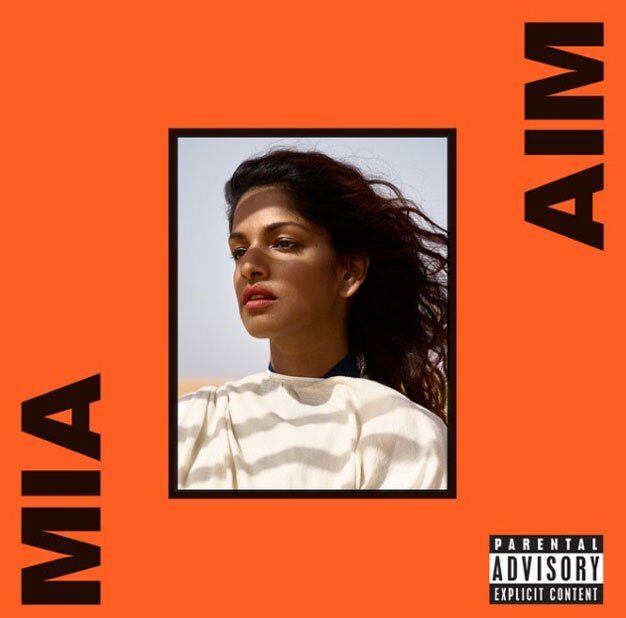 After rebelling against pop structure on 2010’s MAYA and to a lesser extent 2013’s Matangi, M.I.A. has released her most classically pop album since her commercial crossover, Kala, nearly a decade ago. The interviews she’s done lately frame AIM as potentially her last proper LP and a concerted feel-good effort, though she’s always managed turn out sticky pop tunes even in her most brazenly political and punk moments.

If Matangi found the Londoner on a quest for serenity, AIM suggests she’s reached some sort of summit. Sweet, hooky anthems Finally, Survivor and the Zayn-featuring Freedun (which deserves a place on her greatest hits) give the album a gliding progression, though her rhythms are often wild. And her subject matter still feels pertinent, perhaps due to the fact that her perspective as a South Asian pop star/rapper hailing “from the People’s Republic of Swaggerstan” is still rare and subversive in the pop mainstream. (See the backlash to her recent observation that big American pop stars don’t speak up on Islamophobia or the global refugee crisis).

AIM opens with Borders, a single that underlines M.I.A.’s penchant for laid-back, existential wit and wordplay that questions social and political divides. In a way, it also reflects how her mixing of rhythms and styles questions and challenges genre conventions. Skrillex-produced banger Go Off, Blaqstarr-assisted Bird Song and Visa are solid electro-rap party jams that also reference some of her past hits, while low-key dancehall track Foreign Friend and clubby Fly Pirate are among the handful of cuts that get stuck in filler territory.