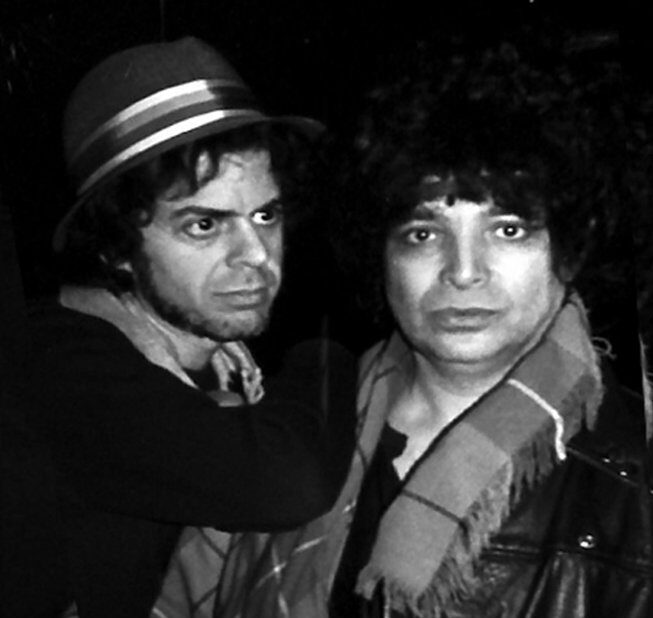 It’s a cliché in underground music to say an artist is ahead of their time. But in the case of Alan Vega, musician, visual artist, provocateur and half of the pioneering New York electro-punk duo Suicide, it’s an undeniable fact. Vega died peacefully in his sleep Saturday, July 16, at age 78, and the news of his passing was broken by Henry Rollins, who shared a statement from Vega’s family:

“Alan Vega was the quintessential artist on every imaginable level. His entire life was devoted to outputting what his vision commanded of him.”

Vega was born Alan Bermowitz in Brooklyn in 1938. He began his career as a visual artist in the 60s, creating light sculptures four decades before they became all the rage in the art world. Vega’s entry into the music world came after seeing the Stooges perform in 1969. Inspired by Iggy Pop’s anarchic stage antics, Vega decided to take rock performance to the outer limits – and deconstruct rock ’n’ roll while he was at it. A year later, he met free-jazz keyboardist Martin Rev, and together they formed Suicide.

From the start, the band fully embraced the minimalism explored by the Velvet Underground, but stripped it down further. Rev used only a cheap $10 Japanese keyboard, driven through effects pedals to make a grinding, droning noise over which Vega chanted repetitive phrases. Their first gigs were in NYC gallery spaces, and as early as 1970, Suicide may have been the first band to call itself “punk music.”

Confrontation became Suicide’s modus operandi, with the duo intentionally seeking to provoke the most negative reactions possible. Vega would scream and swing a bike chain menacingly, or block the exit so that terrified audience members couldn’t leave. As a result, the band had trouble getting booked, and only played live sporadically until history caught up with them.

Suicide’s debut album was finally released in 1977, the year the world discovered punk rock – but it sounded nothing like the Sex Pistols. Guitars remained completely absent, the record driven by the retro-futuristic sound of a 50s-era drum machine.

Suicide remains one of the greatest debut albums in music history. On tracks like Ghost Rider (sampled by MIA in 2010), Vega sounded like he was a space alien trying to understand humanity by channelling Elvis Presley. But, really, he just wanted to scare the shit out of us: Frankie Teardrop, on which Vega’s shrieks can truly curdle blood, is still a harrowing hell ride into the heart of darkness.

Though ignored at home, the album was critically hailed in the UK and Europe, allowing Suicide to cross the pond to open for the Clash and Elvis Costello. Suicide’s electronic minimalism was greeted with hostility, to say the least. An axe was thrown at Vega’s head at a gig in Glasgow a show in Brussels turned into a full-scale riot.

Their second album, 1980’s Suicide: Alan Vega And Martin Rev, was produced by the Cars’ Ric Ocasek, resulting in a slicker, more disco-friendly sound. Tracks like the decadent Diamonds, Fur Coat, Champagne sound like they could have come out today, while the gorgeous, hypnotic Dream Baby Dream eventually brought Suicide their strangest mainstream recognition: a cover by Bruce Springsteen, who performed the song live for years before including it on his 2014 album High Hopes.

Still, commercial success eluded the duo in their time, and they went their separate ways for much of the 80s. Vega released some fantastic, increasingly rockabilly-influenced albums, with his 1981 single Jukebox Babe becoming a hit in France. Suicide would reform in 1988, and continue to perform and release new music over the succeeding decades, most recently 2002’s American Supreme, while Vega also collaborated with the likes of Alex Chilton and Lydia Lunch.

Suicide’s influence on underground and “indie” music is almost impossible to overstate, their ghostly echoes resonating in post-punk, synth-pop, goth, industrial and electronic acts across the last four decades – from Cabaret Voltaire, Soft Cell and the Jesus and Mary Chain in the UK, to Devo, Nine Inch Nails and LCD Soundsystem in the U.S., as well as Canadians ranging from Skippy Puppy to Peaches to Slim Twig. Local Toronto acts who paid tribute to Vega on social media included HSY, Moon King and Prince Innocence.

In the end, in making an impact on so many different musical communities, Vega and Suicide brought us all together in a kind of perversely joyful collective nihilism. As Vega said at the end of Frankie Teardrop, “We’re all Frankies / we’re all lying in hell.” Though he may have reveled in watching us squirm, Alan Vega wanted to us wake up, find a way out and make something better than the hell in which we may find ourselves.