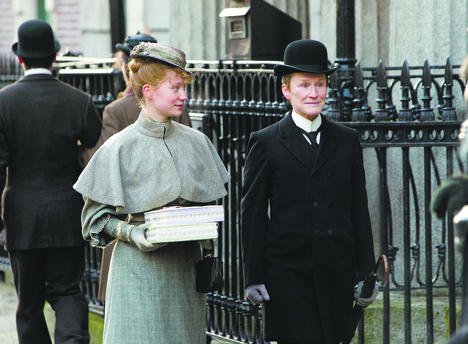 Like The Iron Lady, Albert Nobbs isn’t as good as its performances.

Glenn Close plays an uptight, proper butler working in a luxurious 19th-century Dublin hotel, whose big secret is that he’s actually a she. When the painter Hubert (Janet McTeer) reveals that he’s got the same secret – and lives with a woman – Nobbs begins courting a restless young hotel maid (Mia Wasikowska) as a potential mate.

Physically, Close’s performance is a marvel: notice her stiff posture, with only her eyes expressing her character’s hopes and fears. But McTeer, whose charm and charisma leap off the screen, is the revelation here. Too bad the script doesn’t travel to some more interesting places about gender and sexuality in a repressed era.