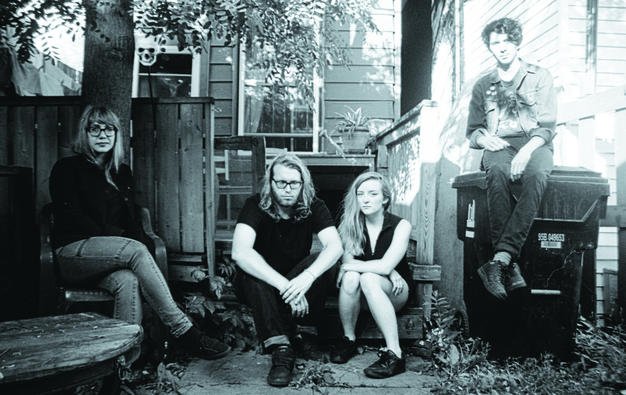 Bask opens with what sounds like an alarm going off in an industrial junkyard. After a minute of monotonous ringing, increasing in volume like some foreboding countdown, a barrage of heavy drums and distorted guitars erupt full force. It’s an appropriate intro for HSY’s debut record, which arrives after years of playing shows in Toronto and releasing singles.

Recorded with Josh Korody (of Beliefs, Wish), Bask is a collection of mostly new and some old HSY songs. For example, Cyber Bully, which features guitarist Anna Mayberry on screeching lead vocals overtop thundering drums and a fuzzy guitar line, first appeared on a 2014 split, while one-named frontman Jude wrote the abrasive single Scratch when he was a teenager.

Meanwhile, Acid Peel is less than two minutes long but still manages to deliver the punch of a Molotov cocktail – thanks in part to Jude’s gothic screaming-cum-growling – while the Mayberry-sung Feeder is a noisy yet completely melodic compilation of distortion and feedback. It’s new tracks like these that make this such an impressive debut.

HSY play the Garrison on September 17.