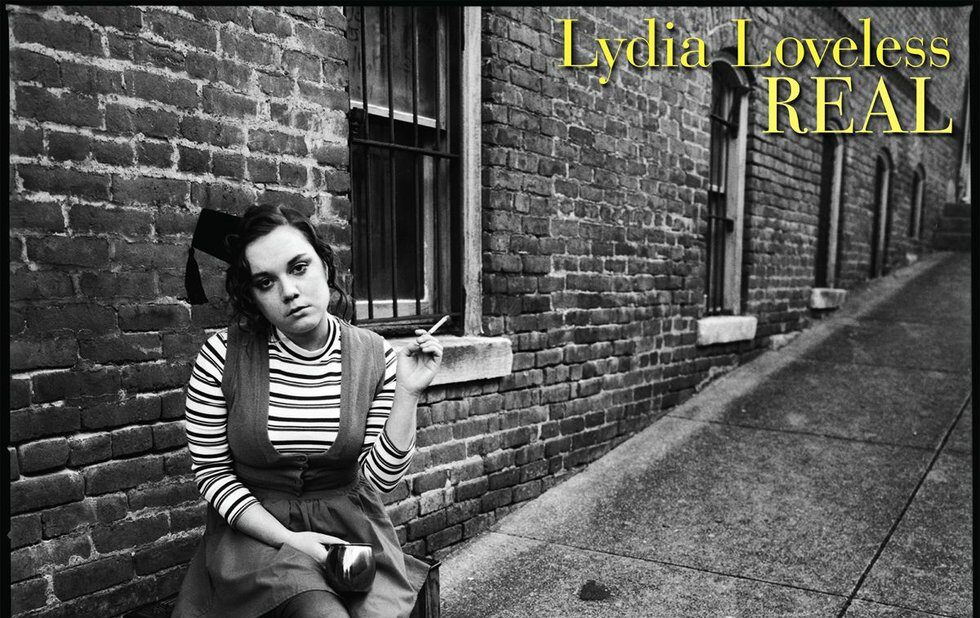 Since Lydia Loveless’s solo debut, 2010’s The Only Man, she’s been lumped into the increasingly lazy “saviours of country music” genre, along with acts like Sturgill Simpson. Of course, country music never needed saving, and Loveless isn’t interested in continuing a tired conversation. While her past releases have landed somewhere in the realm of country – her wild, passionate vocal twang makes damn sure she’ll always have a touch of honky-tonk – new album Real changes course. Like Simpson’s recent “departure” from neoclassic country into reinvigorated, old-school rock ‘n’ roll, Loveless’s more complex, blistering and sometimes slick rock record highlights the impressive evolution of her songwriting chops.

Real, like Loveless’s favourite record, the Replacements’ Pleased To Meet Me, eschews some of her punk and country roots for hard-edged pop undercurrents. Those originally drawn to the grit of her earlier albums might cry foul, but they’d be missing the point: Loveless is just as angry and blue as ever she’s just packaged it into sharp, economical tunes. On the title track’s hopeless steel heartache and the heavy, buzzing atmosphere of Out On Love, she delivers performances as devastating as on any of her prior classics, and the sad, dark humour of Midwestern Guys shows she’s still penning searing kiss-off lines.

But her sound has become more nuanced, especially on lead single Longer, with its dreamy, synth-kissed chorus. Despite one yawn (More Than Ever), the approach nails the touchy balance between rock ‘n’ roll muscle, pop hooks and sparkling production. The acoustic Clumps strips down for a particularly moving two minutes, but for the most part, Loveless commits to the stunning sonic evolution. Embrace it.

Top track: Out On Love