>>> Album of the Week: Tasseomancy 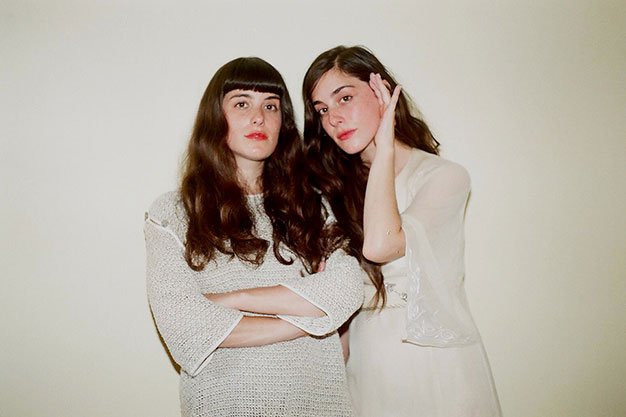 For Tasseomancy’s second album, twin sisters Sari and Romy Lightman continue their exploration of ghost folk, but with some unlikely instrumental additions. For example, the electronics that haunted the Toronto duo’s debut, Ulalume, are even bolder, providing a textured base for their delicate, floating vocals.

But it’s the introduction of steel pan percussion, courtesy of new band member Evan Cartwright, that really differentiates Palm Wine Revisited from its predecessor. The instrument, which originated in Trinidad and Tobago, punctuates nearly every song, adding lightness to the lush layers, as on unconventional pop masterpiece Braid. Wind Is Coming and the instrumental interludes, Palm 11 and Palm 22.

Ulalume was a collaborative album with Timber Timbre’s Taylor Kirk – and his eerie sound was all over it. Palm Wine Revisited still has that unnerving tone, but it feels wholly their own. The Lightman sisters have finally crept out of the shadows.

Tasseomancy play the Mod Club on June 17 as part of NXNE.