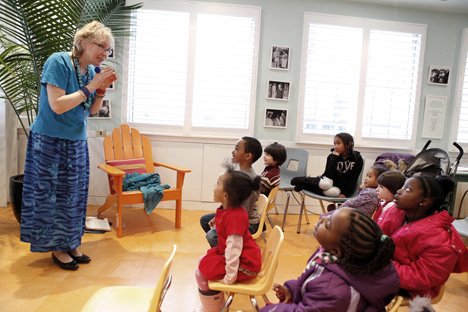 Handel’s Alcina is a tale of a sorceress and the enchantments she spins on a mysterious island. The Opera Atelier production, its first full-length Handel, is good but needs more magic.

In her kingdom of illusions, Alcina (Meghan Lindsay) regularly goes through lovers, turning the men into rocks, waves and other objects or animals when she tires of them. Her current partner-in-thrall, Ruggiero (Allyson McHardy), is sought by his fiancee, Bradamante (Wallis Giunta), travelling with her guardian (Olivier Laquerre) and dressed as her brother. Alcina’s companion, Morgana (Mireille Asselin) falls for the “brother” and casts off her jealous lover, Oronte (Kresimir Spicer).

The work, made up largely of arias and orchestral sections with little choral work or ensembles, is mostly well sung, especially by McHardy, Giunta and Asselin, who know how to use the music to characterize their roles. McHardy’s Ruggiero traces a clear arc from the petulant lover to the heroic warrior, while Giunta’s determined Bradamante is a winning figure. Asselin is always charming, whether flirting, turning snappy when she doesn’t get her way or lusting after whoever catches her fancy her rendition of one of the opera’s most famous arias, Tornami a vegheggiar, is a highlight.

Lindsay has an edge to her voice that stands her well when Alcina is fiery and threatening, though she’s less successful when the enchantress’s tone is melancholy or introspective. Spicer gets some genuine laughs with his portrayal of Oronte but his voice is gruff and unattractive.

On the other hand, Marshall Pynkoski’s direction works when he has his singers deliver the material simply, without rushing around to little purpose. His use of comedy enhances the Morgana/Oronte relationship but falls flat when the laughs are directed at Ruggiero or Bradamante.

Just as importantly, some of his ideas aren’t fully developed, such as the parallel between the illusion of Alcina’s island and the make-believe that’s part of the theatrical experience.

The same is true of Ben Shirinian’s film segments, which complement Gerard Gauci’s fine set design, which includes musicians suspended in air. The film intends to show the reality behind the trickery, but only occasionally – a projection of Alcina’s face watching the action, a starry, spinning sky – does it work. The fanciful imagery of male bodies is memorable only when desert sand dunes and a waterfall transform into nudes.

This Alcina is best when unfussy: a singing actor communicating directly to an audience. That’s when the production is most affecting and effective.