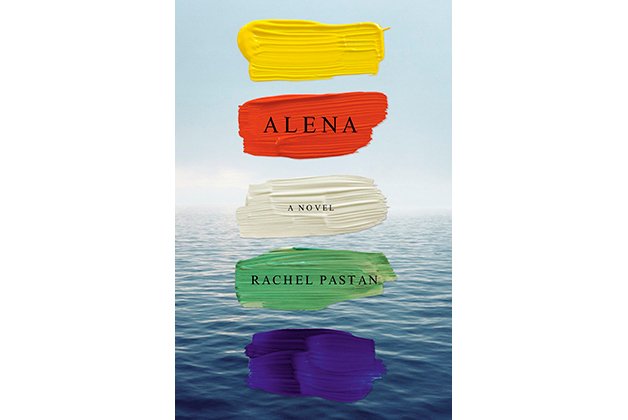 Anyone familiar with Daphne Du Maurier’s Rebecca, reimagined by Rachel Pastan in Alena, knows what’s coming in the story. That’s the risk a writer takes when reworking a famous novel. But Pastan keeps you turning the pages, wondering exactly how she’s going to make it work.

Even if you don’t know Rebecca, you’ll be intrigued by this contemporary tale of a young museum curator swept up (though not romantically) by the mysterious Bernard in Venice. She quits her job to become the new curator of the Nauquasset, his gallery on Cape Cod.

There, she battles the ghost of the former curator, the mercurial Russian Alena, who was apparently lost at sea as well as Alena’s best friend, Agnes, the bookkeeper and the rest of the staff, who dismiss her as a lightweight. Bernard, haunted by his memories of his colleague, almost immediately disappears, leaving our unnamed heroine to commission a show with cantankerous local artist Celia Cowry.

It’s the lead-up to Cowry’s show that creates the most tension – not what you’d expect from a variation on Rebecca, which focuses on whether the title character was murdered and by whom. Though the tale is supposed to contain the whiff of a thriller and whodunit, the protagonist here never herself seems imperilled.

But Pastan knows the art world and skewers it brilliantly even if she sinks to artspeak every now and again. Her characterizations are precise, especially of the absent Alena and others who think the purpose of art is to fetishize violence and shock audiences.

And the menacing ocean and its vicious winds are vividly described, a spectacular backdrop for the gallery and the works inside.

While the whole thing feels like a bit of cheat, Pastan has terrific chops. Time to find a story of her own.