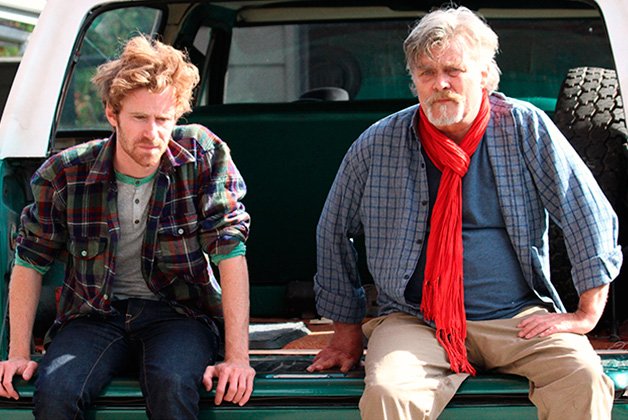 I’m getting used to Canadian films in which great casts slog through crappy scripts. Algonquin’s screenplay is at least not godawful, but it’s still pretty weak.

Ailing bad boy author Leif Roulette (Nicholas Campbell) has convinced his aspiring writer son Jake (Mark Rendall) – he’d left him and his mum (Sheila McCarthy) when Jake was a boy – to help him finish a book about the Algonquin Park cabin the family used to love. But when Leif dies and Jake reluctantly decides to finish the project, he learns that his father had started another family with Carmen (Victoria Sanchez) and that he has a half-brother, Iggy (Michael Levinson). Carmen and Iggy descend on the cabin where Jake is writing, forcing him to deal with his feelings about his father and his own art.

The script veers from fuzzy (will Iggy and Jake connect?) to icky (possible chemistry between Jake and Carmen), and Leif is such a repulsive guy, it’s hard to care about his legacy.

But McCarthy is terrific, as usual, and Rendall (Victoria Day) is obviously a major talent, kind of like Jay Baruchel but with more heft and soul.

Give this guy the script he deserves.