NOW MagazineCultureTheatreAlien Creature will haunt you

Alien Creature will haunt you 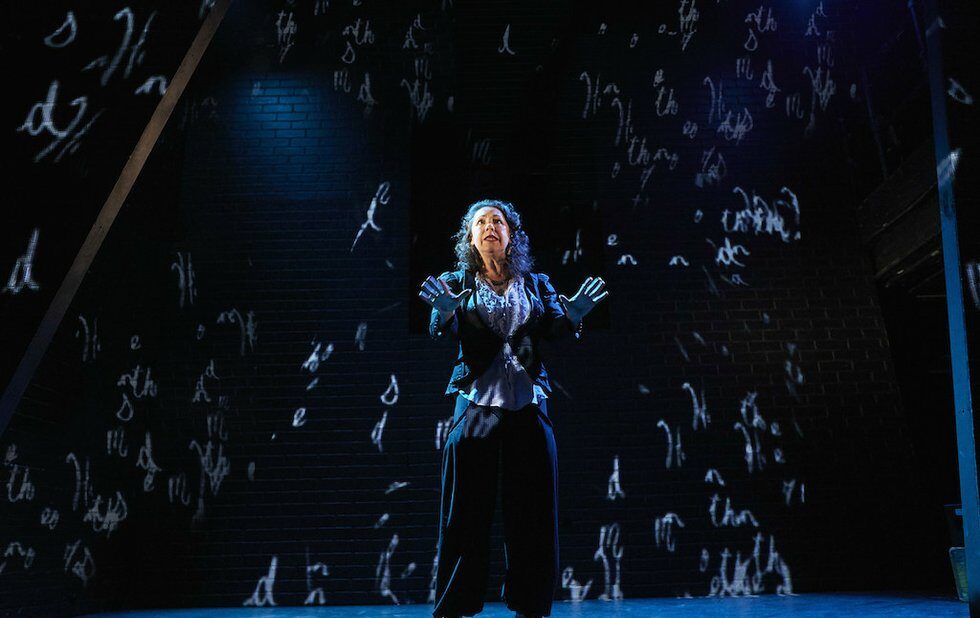 Theatre, when it works, is a kind of magic it casts a spell. Thats something the late playwright and actor Linda Griffiths knew in her bones, and it informs the haunting remount of Alien Creature, her 1999 solo show about the poet Gwendolyn MacEwen (1941-1987).

Billed as a visitation from MacEwen, the show offers neither a straight biography nor an attempt to theatricalize the poets considerable body of work. Rather, MacEwen, played by the remarkable Beatriz Pizano, simply appears, like an abruptly summoned priestess, to spread the wisdom and sorrow shes gathered through the ages.

In a series of beautifully shaped episodes, Pizanos MacEwen conjures up bits of her past, from her early days as one of the magic women in the young Canadian literary scene of the 1960s, to her marriages, affairs and residence in various Toronto basements.

Hovering over the show is the poets struggles with alcohol and her early death, as well as her ambivalent relationship with her mentally unstable mother and alcoholic father.

The scripts most powerful moments evoke a changing Toronto, and the cruel way any creativity is snuffed out by the pursuit of the dollar. Back in 1999 Toronto, performed by Griffiths herself, this material was rivetting stuff in the condo-saturated, heavily corporatized world of 2017, its even more relevant.

One sequence, in which MacEwen recounts her world getting smaller and smaller, is still painful to watch, especially as lit by Trevor Schwellnus, whose skewed perspective set, along with Melissa Joakims projections, present a cityscape that can be alienating.

And is there a more heartbreaking illustration of the chasm between art and commerce than the sight of MacEwen taking her stack of 20 books to her bank’s loan officer and asking what theyre worth?

Directed by Jani Lauzon, the production is full of lots of literal magic. An old trunk creaks open on its own Pizano offers up fire from nowhere or grabs at floating soap bubbles to catch one in midair. Magic consultant Chris Turchis work is seamless.

Pizano, her accented English and unusual rhythms adding another fascinating layer to the titles meaning, brings out all the complexity of her subjects life, from drunken ramblings and seductive purrings to harsh condemnation.

Its a remarkable performance in a play that has only become more relevant and powerful with the passage of time. Don’t miss it.