NOW MagazineNewsAll that jazz about Drake and money

All that jazz about Drake and money 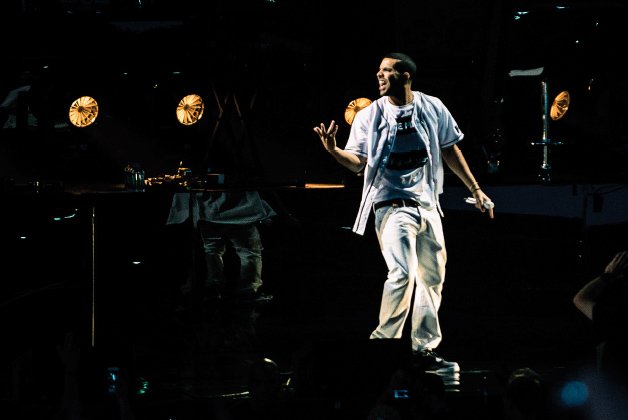 Even I find it curious that the provincial government’s Celebrate Ontario grant program denied the Beaches Jazz Festival the modest $75,000 it has received for the past six years and yet forked over $300,000 to OVO Fest, the two-day hip-hop concert spearheaded by very wealthy local rapper Drake.

I also find it curious that the Beaches Jazz Fest, which attracted 500,000 people last year and contributes $65 million to the local economy (according to Beaches-East York NDP MPP Michael Prue) can’t figure out a way to make that 75K.

Much as most media would like to, you can’t pit the Jazz Fest against OVO. How about the obvious rival, the TD Toronto Jazz Festival, which received $280,000 from the province?

There must be a better way to divvy up the cash, but it’s knee-jerk and reactionary to vilify Drake.

OVO is more deserving than you think. Here are five reasons why:

1. There are jazz festivals in countless major cities. The Beaches festival is a great one. There aren’t, however, a slew of premier hip-hop fests.

Besides, rap has more legs. OVO is at the Molson Amphitheatre now, but it’s naive to think it can’t and won’t spread beyond Ontario Place. TIFF and NXNE were little festivals, too, once. The government is smart to invest in opportunity.

2. Just because it’s a ticketed venue doesn’t mean Drake is making mad cash from OVO, although those damn owl sweatshirts are mighty expensive.

This year’s co-headliners, Outkast, have an asking price that far excedes the $100,000 range. Do you think all those guest stars who’re coming (last year’s bill included Kanye West, Lil Wayne, TLC, J. Cole and A$AP Rocky, among others) are doing it out of the goodness of their hearts? I can almost guarantee you they are not, and each demands a hefty asking price.

Let’s assume for argument’s sake they’re doing it as a favour for their pal Drake. It still costs something to private-jet them here, put them up for a couple of nights, etc. If you do the math on ticket prices, it’s pretty clear that Drake isn’t making money on this festival.

That said, it’s safe to assume that when OVO does grow up, it will need to be its own financially successful, stand-alone business.

3. Celebration Ontario’s mandate is to help “new or existing Ontario festivals and events enhance programs, activities and services that will lead to long-term improvements.”

It goes on to say that “this support helps grow tourism in the province by making it easier for festival and event organizers to offer new and improved experiences.”

There is a pie, and everyone is entitled to ask for a piece. Just because one festival has been getting money for the past few years, is it forever entitled to said money?

Isn’t that something we complain about all the time? Don’t hate the player hate the game.

There is more to OVO than the two-night concert, and this influx of cash will fund expansion. Educational seminars, community outreach programs and athletic events are reportedly part of the future thinking.

4. What is Toronto afraid of? Maybe if we weren’t talking about Drake and hip-hop, people might not care so much. Are Torontonians wary of the idea of a rap festival becoming a major presence?

The claim that hip-hop crowds are scary and get out of hand is a painfully dated and racially charged one.

Just look at the overzealous police presence at J. Cole’s Dollar & A Dream show in June, or Drake’s pop-up clothing shop in September. So many cops, so many stylish hipster teenagers with smiles on their faces and money to spend. How frightening.

5. As Canadians, we often lament being America’s less popular sibling. But realistically, we need the money U.S. tourism brings.

OVO Fest – strategically timed to coincide with Caribana – has American dollars written all over it. Actually, nearly half of ticket sales for the festival come from non-Canadians.

So keep an open mind, Toronna. Two things can be true at once: Beaches Jazz is a historic and wonderful festival that deserves its very modest ask of $75,000.

At the same time, OVO has potential and deserves a big push. So why not throw some dollars to something newer, smaller and brimming with possibilities?

Let’s not get surly and shit on something new just because we don’t like it.