All wet? Not hardly

The Water Docs festival returns tonight, and that's not all that's happening on Toronto screens 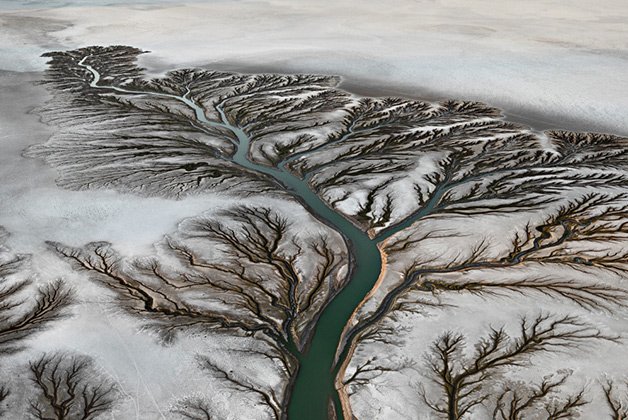 If spring had sprung as scheduled, the return of the Water Docs Film Festival tonight would seem much more appropriate – the ice would have melted, and we’d be seeing puddles everywhere we looked. As it is, a week’s worth of documentaries about water and its importance to the global ecosystem – and to human beings – might make you feel hopeful about some far-off future time when the temperature creeps back above freezing.

Water Docs – once again taking place at the AGO’s Jackman Hall – kicks off with a program of short films at 7 pm and the launch of the Campaign For Action, a year-long program by the Ecologos Institute and Lake Ontario Waterkeeper to raise awareness of water conservation protection issues beyond the single-step methods currently in use.

The festival runs through March 29, and includes a special screening of Jennifer Baichwal and Edward Burtynsky’s excellent Watermark tomorrow (Saturday) night at 7 pm and two Water Docs Family Day programs Sunday afternoon at 1 pm and 4 pm. Check the website for more information and the full schedule.

If you’re looking for something more fictional, there are a couple of events on Thursday (March 27) that might appeal. E.L. Katz’s delightfully nasty Cheap Thrills, which enjoyed a theatrical run last month at the Royal, returns as the featured film in Cineplex and Raven Banner’s Sinister Cinema series, playing in megaplexes across the country Thursday night at 7:30 pm. (Here’s a list of participating GTA venues note that the Cineplex Yonge & Dundas has a second screening at 9:30 pm.) If you missed it in February, there’s no reason not to catch it now. It’s bloody good fun.

But if you’re looking for something a little more moodier, the Japanese Canadian Cultural Centre is holding a special screening of Unforgiven at 7 pm – not Clint Eastwood’s 1992 Western, mind you, but Lee Sang-il’s 2013 remake thereof, starring Ken Watanabe of The Last Samurai and Batman Begins in the iconic Eastwood role of a retired warrior who confronts his history of violence when he takes one final job.

Lee’s adaptation transposes the action to 19th century Japan and turns David Webb Peoples’s gunmen into samurai, but otherwise sticks pretty closely to the original – which makes for some interesting textual commentary on universally human concepts of right and wrong. And Watanabe is a terrific choice for a role defined by Eastwood’s minimalist performance.

This may be your last chance to catch Unforgiven on a big screen the film played at TIFF last year but has yet to find a Canadian distributor. So if you’re craving a moody reinterpretation of a modern classic, get ready for a trip out Don Mills and Eglinton way.