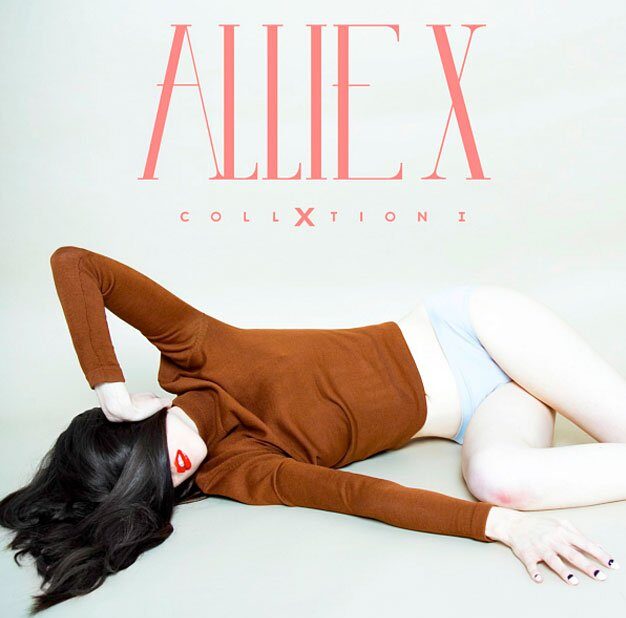 Allie Hughes has swapped the Toronto indie scene for the sparkly sounds of a Los Angeles studio and a stylish pop persona streaked with angst.

The seven-track CollXtion I – her first proper release as Allie X since single Catch captivated the Twittersphere last year – is the definition of Unambiguously Ambitious Pop Music. It’s got solid hooks, massive melodies, multi-tracked emotions and a pile of unhealthy relationship metaphors.

Tumor’s central conceit is the bluntest of her lyrical allusions to addiction, intoxication and sickness. These references sometimes feel personal (Good) and sometimes winking. (“Healthy isn’t fun or amusing,” she sings on Prime. “Give me what I want / And I should be fine.”)

The subject matter’s heaviness is matched by thundering production by top-40 producers Cirkuit and Billboard, but also offset – and sometimes disguised – by cutesy rhyme schemes and an aggressively bright aesthetic that make her the latest in a long line of acts (Yaz, Erasure and Robyn) to revel in uptempo melancholia. It’s a well-trod formula but one she completely throws herself into.