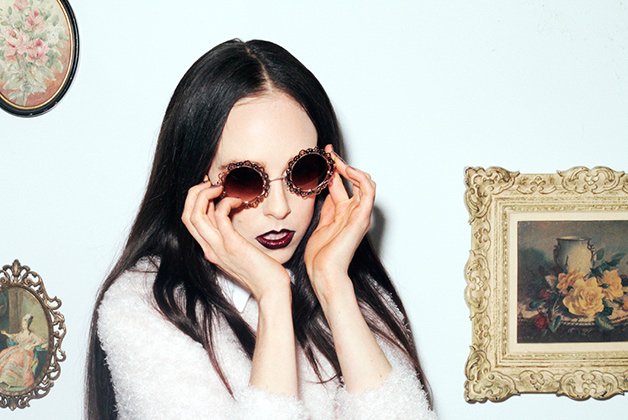 Last week a gorgeous, melodic electro-pop song called Catch, by Allie X, was thrown into the blogosphere hype machine, attracting the attention of producer Cirkut as well as Time Magazine and Idolator, which called it the best song of 2014 so far. Something about the track’s pure, powerful vocals and the “Allie” moniker got us putting two and two together.

Turns out Allie X is Toronto musician Allie Hughes, who’s been well covered in NOW’s pages. We know her best for her musical theatre inclinations and as a finalist on How Do You Solve A Problem Like Maria? In 2012 she started performing synth-pop-steeped music as ALX and nowadays she lives in L.A., rocks a raven-haired Lady Gaga look and has a mesmerizingly weird website, alliexandra.com.

This latest incarnation might just be the one to take. Go, Allie!

The Music of Champions

Apparently there’s an old adage that says professional soccer players have terrible taste in music. If that’s so, Mehmet Scholl is an exception. In a recent interview with ESPN FC, the German sports star and record holder for the most Bundesliga titles said that the Hidden Cameras (see preview, page 49) were his favourite band, and that lately he’s been listening to a lot of Hooded Fang. The Hidden Cameras, in fact, played a farewell party he threw in 2007 when he retired from his sport. Scholl now spends his time as a host on Bayern 2, a Bavarian public radio station, where he focuses on indie bands. His playlist from February 2 included Hooded Fang’s Highway Steam and the Hidden Cameras’ Doom.

City and Colour Bow Out

Shortly after the Juno nominations and showcasing performers were announced last week, Dallas Green of City and Colour made an announcement of his own. He’s decided to bow out of the televised event, taking place in Winnipeg on March 30, and for good reason. “Given that I’ve not been nominated this year, I would much rather see a new nominee be afforded the opportunity,” he said via a Dine Alone press release. Now if only Robin Thicke would take his lead.