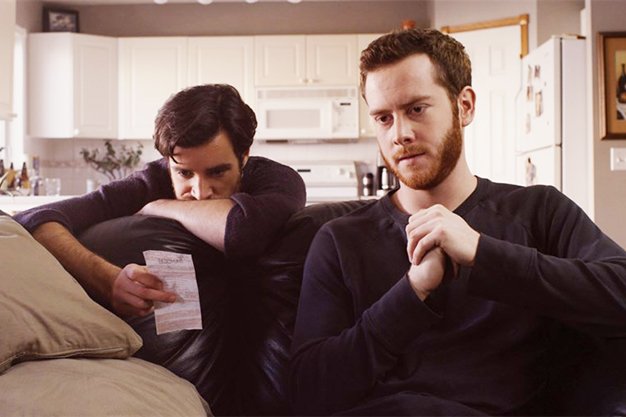 Calgary friends Seth (Giacomo Baessato) and Nole (Charlie Carrick) have just buried their lifelong bestie Ally. The loss is doubly heartbreaking because she was just starting to turn her life around after leaving an abusive marriage.

In her effects, they find a lottery ticket worth $30 million – but Ally’s grieving sister Casey (Camille Sullivan) is committed to honouring her duty as executor, meaning that if they tell her about the ticket, the money goes to Ally’s shitbag husband. What to do?

That’s the intriguing quandary at the heart of Ally Was Screaming. As Seth and Nole try to figure out a strategy that lets them keep the money, writer/director Jeremy Thomas explores the moral ramifications of doing a bad thing in order to achieve a good result. Things get even trickier as Sean and Nole grow closer to Casey.

The result is a very talky movie that features a few more circular conversations than might be strictly necessary, and a late plot twist that feels like Thomas just wants to complicate his thought experiment.

But all three actors are solid – Sullivan, of Intelligence and Rookie Blue, is especially good – and even if Ally Was Screaming occasionally feels like a short film that doesn’t know when to stop, I was always curious to see what happened next.