ALOFT Rating: NN See listing. Where to watch: Netflix  As an. 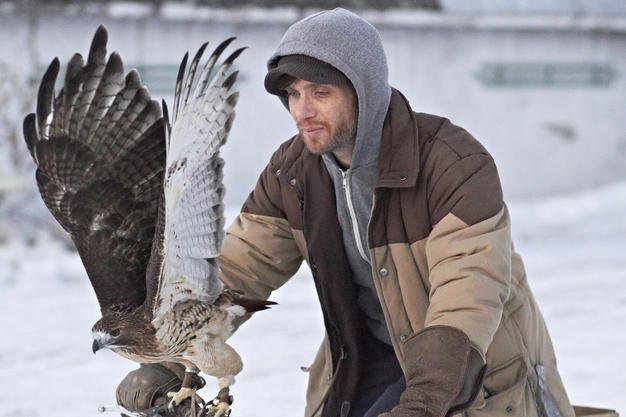 As an intimate melodrama about a mother struggling to raise two boys, Aloft has a few serene and gut-wrenching moments, especially when Peruvian director Claudia Llosa tones down her visual poetry to focus on Jennifer Connelly’s achingly beautiful performance.

Quiet scenes where Connelly’s Nana, sullen and stern, dotes over and protects her tumour-stricken younger son Gully (Winta McGrath) while struggling to also meet the needs of older boy Ivan (Zen McGrath) are handled with impeccable sensitivity, convincing me that Llosa has a strong family drama in her. Aloft is not it.

Set in some unnamed arctic region where the misery is as overwhelming as the snowdrifts, the film complicates its compelling mother-son relationship by dabbling in joyless mysticism and imposing an unwieldy time-hopping structure.

Nana’s story is told largely in flashback, while in the present, grown-up Ivan (Cillian Murphy) carries some deep resentment for his estranged mother, who has since become a spiritual healer. The anguished rift between them is treated like a mystery. Waiting for the answers feels as slow as watching ice thaw.

Llosa spends a lot of time artfully padding, gazing at wintry landscapes and falcons. Did I forget to mention the falcons? Ivan’s hobby-turned-career as a falconer serves as the film’s high-minded metaphor, simultaneously weighing down on the narrative. 112 minutes.