Can the Police Services Board chair rein in the police budget? 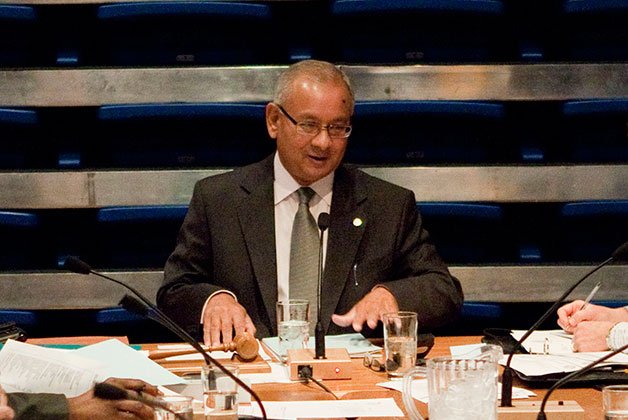 During council’s just-concluded term, the lefties were reluctant to slam police because a) Chief Bill Blair was supposed to be different, and b) Alok Mukherjee, a left-leaning former community organizer and human rights activist, held the role of Police Services Board chair.

But when the G20 disaster happened four years ago, everything changed, leading many to question how policing is done. Concerns have been voiced, too, over Mukherjee’s leadership.

Replacing him at this time would not make sense. A review should occur at the end of his current term in 2016, which would give him a chance to demonstrate his commitment to the cost-cutting and “renewal” of the cost structure of the police – priorities that came out of the Police Services Board’s July 30 decision not to renew Blair’s contract.

Mukherjee has floated a number of ideas to rein in costs, including contracting out certain non-policing functions. Using lower-cost civilian employees to do things like cleaning and administration, and even investigative work in some cases, is a good idea. But the resulting savings would be modest.

Likewise, the theoretical savings from contracting out some administrative and cleaning jobs would be eaten up by the private contractors’ need to make a profit. You only need look to the TTC, where tens of millions in savings suggested by contracting out never materialized.

The reality is that finding significant savings will be impossible without wholesale changes.

The biggest problem: the process of binding arbitration allows the Toronto Police Association to leapfrog and exceed the rates of other police labour settlements.

The last contract, in 2011 – an 11.5 per cent rise over 4 years – made Toronto police the highest-paid in the country at a time when wages in much of the city’s public service were frozen.

The OPP, who have a clause in their contract ensuring they’re always the highest-paid coppers in the land, subsequently signed a contract that will give them around an 8.5 per cent increase over Toronto police in 2014.

All of which means there’ll be pressure from the Toronto police union to cop even more in the next round of bargaining.

With no effective control on wage settlements – and politicians approving over-inflation increases at election time – there’s no real way to limit the police allocation, since around 90 per cent of the force’s budget is for salary and wages.

Auditor KPMG’s review of the department in 2011 estimated that some $50 million in savings could be found, but its recommendations focused primarily on reducing police salaries and cutting the number of police, impossible moves both contractually and politically.

While the board does have the right to review the budget and make changes, it hasn’t aggressively used this power, which is difficult to exercise in an environment in which the police claim almost full operational independence.

One issue the board must confront is the fact that the number of calls to police has been rising.

In 2011, the last year for which numbers are publicly available, calls to police were up by 7 per cent despite falling crime levels. And with a growing population in a denser city, it’s likely call volumes will continue to increase, including for non-emergency issues probably better resolved without police intervention.

One idea not much discussed here is the use of non-police for some police work. In the Montreal area, “public security” officers respond to low-level calls like noise complaints public disturbances, emergency traffic problems (when lights are out, for example) and some reports of theft they also patrol neighbourhoods that need an increased security presence.

While this practice would replace only a small percentage of police personnel, it would be a lower-cost way of responding to the growing number of calls. The big obstacle is the police union’s desire to hold on to all the force’s present functions.

Some police critics want to look outside the force for a new chief to implement the significant changes they say are needed to bring spending under control. That would be a mistake, in my opinion. Supervising a large organization requires an understanding of its internal realities.

New ideas from outside are important, but the way to bring those in isn’t via the senior leadership, but at the second- or third-tier level, with the thought that these people may go on to one day head the organization.

We must continue to put pressure on the police department to be more efficient, while recognizing that compared to many other large forces, Toronto’s has come a long way in the last decade – if not yet far enough.