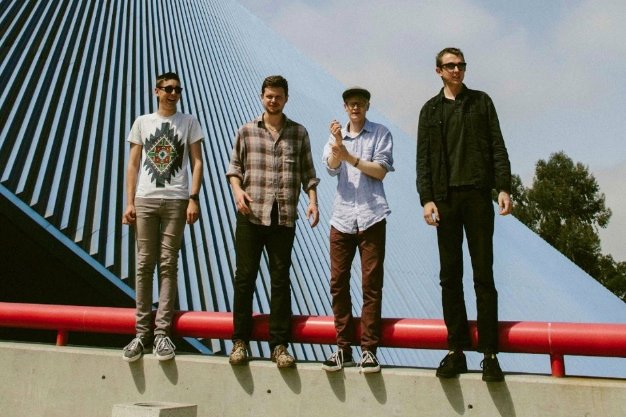 Alt-J, the Leeds-based, Mercury Prize-winning indie rock band named after the keyboard shortcut for the Delta sign (∆), returned to Toronto Tuesday night to promote their two-month-old sophomore album, This Is All Yours. And while the set was heavy on the new stuff, the four-piece made sure to give the crowd what they wanted: the top 40 hits from their 2012 debut, An Awesome Wave.

The Kool Haus, which had that distinct sold-out-concert smell of warm bodies, sweat and fog machine, was filled with a diverse mix of concertgoers – a prepubescent boy atop his father’s shoulders, stoners sneaking a puff, couples grinding and spirited interpretive dancers. It speaks volumes to alt-J’s widespread accessibility – neat, considering the band’s music is stuffed with fast-talker singing, dark tribal rhythms, piercing synthesizers and choir-boy harmonies.

Even though they admit to being more of a studio band than a live act, they lacked the energy you’d expect from a constantly touring group. Singles like Tessellate (an ode to the band’s love of triangles – seriously) and Matilda were musically sharp, but felt flat and robotic. Not that that bothered the crowd – they ate it all up.

Alt-J ended their encore with Breezeblocks, their biggest song to date. People sang along word-by-word, throwing their arms up in praise. Filtering out of the venue after the 90-minute set, many young women were still singing the finale of Breezeblocks: “please don’t go, I’ll eat you whole, I love you so, I love you.” So apropos.