Alvvays at the Silver Dollar 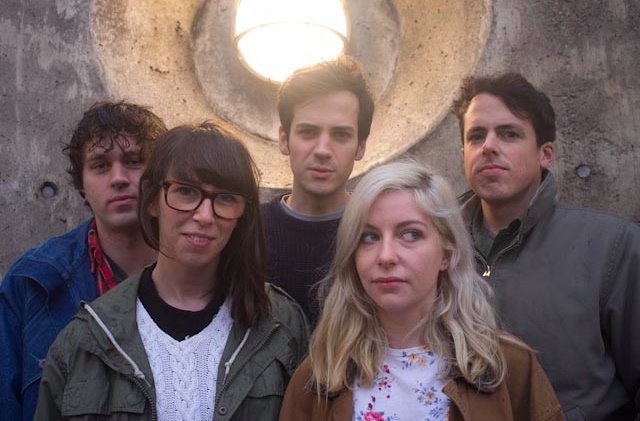 “Girl day, dare I say…” said Alvvays frontwoman Molly Rankin during her band’s Silver Dollar set, which happened to fall on International Women’s Day (well not technically, the band went on just after midnight) “…every day is girl day.”

Damn straight. Rankin’s stage presence is equal parts East Coast inviting (“Come hang out,” she offered sincerely between tunes) and I-don’t-give-a-fuck cool, even while her band seems laid-back as hell. But that mellow vibe belies their ability to channel mulitple high-energy genres while maintaining a distinctly chill sound. Alvvays is two women and three men – a combination of Cape Bretoners (yes Rankin is of that Rankin clan) and Prince Edward Islanders, and they can rip through a punk song one minute, pull off reverby rock the next, and then float into a beachy California pop tune. If you were listening closely, there were also definite celtic hits that nodded to classic Maritime music and also chanelled, ever so subtly, the Cranberries.

But the night’s best song, Adult Diversion – from their upcoming debut LP – was probably most exemplary of their lo-fi, jangly, dreamy-yet-up-tempo pop vibe (which they recreated very well live, even if the frank, sometimes funny lyrics were less decipherable). Headliners on a night of four bands, Alvvays played for just shy of an hour, but by the time they’d encored with Archie, Marry Me, had numerous shouts of tipsy admiration from an otherwise well-behaved (and, notably, very packed) room.