Before the recent conflict allegations involving Canada's biggest bank, the CBC's senior business correspondent went to bat for another corporate employer of a romantic partner 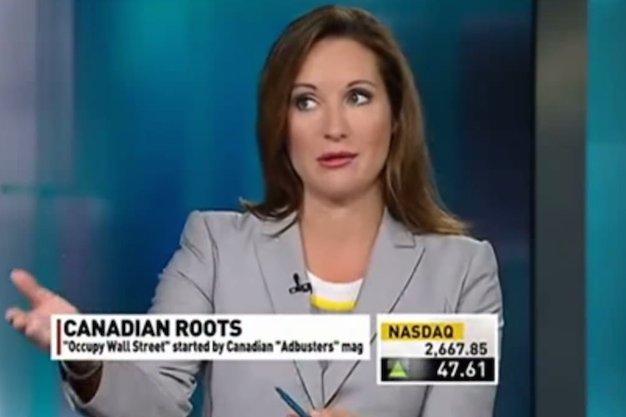 The CBC’s senior business correspondent Amanda Lang has been under fire lately for alleged conflicts of interest regarding her reporting.

The allegations include that Lang took money for speaking engagements sponsored by companies on which she was reporting. And, more controversially, that Lang aggressively lobbied to bury a story by CBC colleague Kathy Tomlinson on the Royal Bank of Canada replacing dozens of its staff with cheaper temporary foreign workers back in 2013. Lang was at the time, and still is, in a relationship with RBC board member W. Geoffrey Beattie.

The CBC’s general manager and editor-in-chief Jennifer McGuire wrote in an Editor’s Blog on January 12 in response that the original story by Sean Craig of media watch website Canadalandshow.com “is misleading” and “based on several misrepresentations.” McGuire says that as soon as the CBC found out about Lang’s relationship with Beattie “her executive producer put in appropriate protocols.”

Tomlinson has since come forward to tell Canadalandshow.com in a January 13 interview that “This is not about Amanda Lang. It is about the long standing belief most journalists have that conflicts should be avoided at all costs or explicitly declared up front.”

But it isn’t the first time that Lang has gone to bat for a corporate employer of a romantic partner.

In a 2011 interview, Lang came to the defence of Barrick Gold after her guest, Jon Allan of Occupy Canada, criticized the company for its alleged complicity in the deaths of 19 villagers at Barrick’s North Mara mine in Tanzania. On that occasion, Lang mentioned on-air that her husband at the time, Vince Borg, was employed by Barrick. Borg was former Executive VP of Corporate Communications. He left the company a year earlier but according to Barrick’s statement announcing his departure would “continue to provide strategic communications counsel” and “also be working with Founder and Chairman Peter Munk, in his other business and philanthropic endeavors.”

“Now you’re getting into a company that I know pretty well,” Lang stated as she interrupted Allan. “My husband worked for Barrick Gold for years, so I don’t want to talk about that. Although, there are those who would say that Peter Munk has done amazing things for Tanzanians, among others, creating great wealth where there was none.”

Amazing things? Creating great wealth where there was none?

That’s big praise for a company whose operations in Tanzania displaced 40,000 small-scale miners at North Mara and 200,000 at their Bulyanhulu mines.

These small-scale miners are now so desperately poor, that they dig through Barrick’s waste dumps for rocks with trace amounts of gold, often risking being shot at or beaten by mine security.

Often, these miners pay corrupt police to allow them to dig through newly blasted ore. But when disagreements erupt over compensation, people can get killed.

A report by the Legal and Human Rights Centre of Tanzania has concluded that 19 villagers were killed by police and security guards at North Mara from January 2009 to June 2010. (Barrick purchased the mine in 2006.)

But a recent Vice Magazine investigation puts the number much higher citing Wilson Mangure, a local councillor who has been tracking incidents.

One such incident, in which five people were killed at the mine in 2011, is the centre of a lawsuit in the UK High Court by London law firm, Leigh Day.

“Unfortunately, these are not isolated incidents. We are aware of many other instances in which local people have reportedly been seriously injured or killed at [the] mine,” said Leigh Day partner, Richard Meeran in a July 2013 statement announcing the lawsuit. It alleges that  Barrick subsidiary Africa Barrick (which has since changed its name to Acacia Mining plc) “failed to curb the use of excessive force at the mine, including deadly force used by police on a regular basis over a protracted period of time.”

A search of cbc.ca on Google for articles about Barrick’s Tanzanian operations reveals 17 stories, two of which mention the killings at the centre of the Leigh Day lawsuit. The headline on a May 2011 story reads “Africa Barrick gold mine attacked” only latter to reveal that “seven intruders were killed (the CBC later revised the number to six) and a dozen more were injured.”

The so-called “intruders” once worked that land, and now risk their lives picking rocks in Barrick’s waste dumps. Rather than creating great wealth where there was none, it appears that Barrick has taken great wealth and militarized entire communities to maintain it.