NOW MagazineArt & BooksBooksAmanda Palmer on Jian Ghomeshi, Ferguson and why the two are related

Amanda Palmer on Jian Ghomeshi, Ferguson and why the two are related

"We’re not very good at taking care of each other," says author and musician. 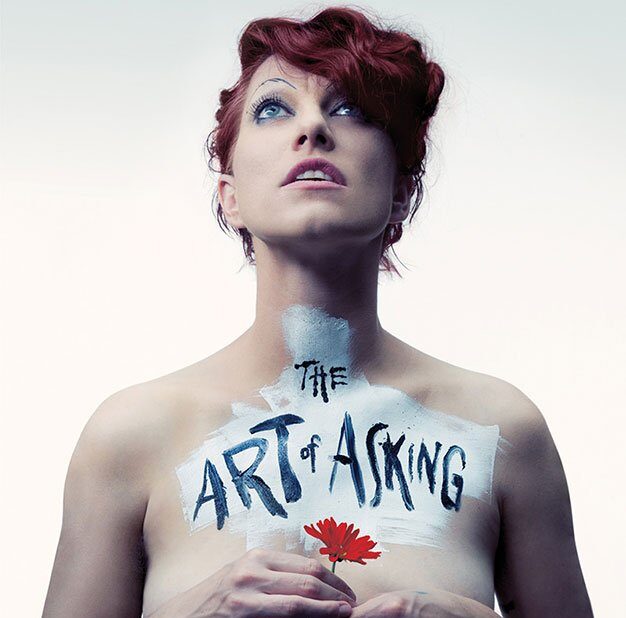 Two days before Jian Ghomeshi was arrested and charged with four counts of sexual assault, Amanda Palmer’s fans, dressed in various shades of black and hair dyed all colours of the rainbow, lined up down the block.

Palmer is a musician, performance artist, and blogger, who rose to popularity in The Dresden Dolls, a cabaret-punk duo consisting of herself and drummer Brian Viglione. But she was in Toronto to promote her new book, The Art of Asking, which recently reached number seven on the New York Times bestseller list. The book is an expansion of Palmer’s popular Ted Talk, a brief but passionate explanation of how she applied the tools she learned as a Boston street artist to raise over a million dollars on Kickstarter.

Months before the allegations against Ghomeshi were publicized, Amanda announced that her guest for the Toronto book-signing would be Jian Ghomeshi. Palmer appeared on Q in 2012 during the promotional tour for her solo album Theatre Is Evil. It was a compelling segment. At the time, inviting Jian to the event seemed like a logical and exciting choice.

After the stories about Ghomeshi came out, Palmer initially said he would remain a part of the event. A debate brewed on Palmer’s social media accounts, and eventually, noting that the former CBC broadcaster’s presence would upset many people and also overshadow her own performance, Palmer cancelled the Ghomeshi portion of the show and instead invited a spokesperson from the YWCA.

We spoke with Palmer before her Lee’s event to find out more about her decision and why she attended the Black Lives Matter demonstration in solidarity with the citizens of Ferguson while she was in Toronto.

Graham Isador: After his initial post on Facebook defending himself against the allegations, there was an outpouring of support for Jian Ghomeshi. As more information came to light, the public opinion quickly changed. Your name has been brought up a lot in these conversations. Do you feel like you’re in linchpin in the dialogue?

Amanda Palmer: You know it seems to be my fucking lot in life. To be everybody’s linchpin for so many reasons. That’s what you do when you’re in the public eye, creating art and enjoy talking to people. You inevitably step in something a couple times a year.

GI: I’m not sure how much the story has been covered outside of Canadian media, or how much information has been brought to your attention. Has your opinion changed at all about Ghomeshi and everything that has come out?

AP: I think it’s incredibly fucking sad for everybody involved including him and the women who have come forward. We live in a fucked up culture where we’re all very separated from each other. We’re not very good at taking care of each other. When I step back and feel like I take the larger perspective, what I see is a lot of people’s inability to take care of each other in every direction. You know, if anything I’m always happy to be a linchpin or the one to start the discussion, but it’s made me really happy to see all of the controversial things no matter what the outcome, or the indictment, or the truth, which we’ll sometimes never get to the actual bottom of. It’s pressing the agenda forward, which is how do we all take care of each other? How do we all be kind to each other?  How do we make sure nobody here gets hurt? That’s always my agenda. Whether it’s a feminist agenda, or it’s a political agenda or it’s a racial agenda, I always have the same agenda: How do we all live peacefully on the planet and not hurt each other?

GI: You were at the Ferguson protest earlier today. Were you down there for the same basic reason?

GI: You’ve been very open about all aspects of your life. There is a lot of deeply personal material in your new book, and you’re constantly in communication with your fans via social media. Is there anything that you feel is too personal to share?

AP: Not because I’m uncomfortable, but I never want to put my foot in it. I especially never want to hurt other people. I would very happily talk to you about my sex life, my family, and all of the things in the world, but I have a responsibility to everybody else, not to make other people uncomfortable, and not to invade someone else’s privacy with my desire to be totally open.

GI: I’m familiar with you because of your work as a musician. There are other people who only know you through your TED talk, or because your Kickstarter raised over a million dollars. Is that strange?

AP: It feels a little weird. I wish people would remember that I’m primarily a musician. I didn’t become a musician to get really good at Kickstarter. I got really good at Kickstarter so that I could keep being a musician. I think people forget that. Millions of people have read about my work and read about my Kickstarter but the passage to my music is a lot more narrow. My TED talk has probably been seen by more people than have ever seen me live on stage playing music.

There is another way in which I don’t mind at all. I do think that the message is similar. My job on the planet is to be an artist. I want to speak the truth and draw emotion out of people. The medium often doesn’t matter to me. I feel just as much pride in people coming up in the street and telling me that the TED talk made them cry and changed their life as I do people saying the first Dresden Dolls record made me cry and changed my life. Whatever it takes for you. If I could make watercolours that could make people cry and change their life, I would do it. But I don’t think I could do that. I could try?

I feel like my job – or one of my jobs – is to remain standing. As all of this anger or resentment or fear is circling around me, I want to really stand it (what does stand it mean) and stay still. Not to react. Not to keep score. Not to hate anybody. I just try to keep my eyes very wide open and see which particular pain is causing which particular arrow, which is being aimed at which particular part of my body, and looking at it really unattached. That’s a hard job. Criticism still hurts and being misunderstood still hurts, but I feel like I have a growing number of people who understand.

Graham Isador is a senior staff writer at Scene Point Blank and the co-host of the Dotted Line Radio podcast.