They Promised You Mercy 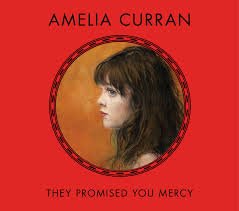 It might be time to crown St. John’s-based Amelia Curran Canada’s queen of melancholy folk-rock. They Promised You Mercy – the Juno-winning songwriter’s seventh album – is more driving and rhythm-based than its predecessors opener Somebody Somewhere even hints at Graceland with its na-na-na-na-nas, hooks and grooves. (Props to rhythm -section Joshua Van Tassel on drums and Devon Henderson on bass.)

The arrangements are impressively -articulated (Bryden Baird returns on horns, Drew Jurecka on strings), but -Curran’s appeal lies in the strong yet -wearied and frail resonance of her vocals, her tendency to drop literary references (Faulkner, Hardy), the subtly layered backup vocs and her ability to pen perfect little songs – Time, Time for example.

I generally don’t agree with the -assertion that Curran is our next Leonard -Cohen, but there are hints of his legacy on The Matador.

Listen to the album here.