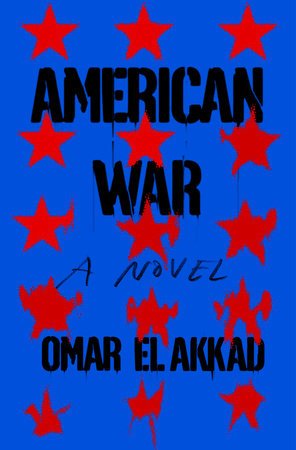 Visit the What to Read NOW Digital Residency to experience the best of Penguin Random House Canada, from book excerpts and event listings to NOW features and contests.

—it bore a vital link to some distant, happier past.

“Used to be my grandfather’s,” Ethan said. “My mom’s gonna kill me if I don’t get it back.”

“So go in there and get it,” Sarat said. “Don’t be gross. I’m not gonna step in shit.” Another boy whispered something in Ethan’s ear. He listened and nodded. “Why don’ you get it, Sarat?” he said. “I’ll give you fifty bucks if you do.” Sarat shrugged. “All right.”

Once more she pushed the boys aside and walked away from the creek, toward the nearest tents. A few of the children followed, among them Ethan, who held Sarat by the wrist and warned her against telling any grown-ups. “I’m not telling anybody,” Sarat said, shaking the boy’s hand loose. “Stop being so scared of everything.” She walked between two tents, where an unused clothesline hung. She unhooked the metal holders on either tent and rolled the line around her fist. Then she returned to the creek. The children followed. At the banks she uncoiled the line and tossed it into the ditch. On her first try she fired too far left and then overcompensated. But on the third throw the hook landed just past the rock on which the watch was stranded. Slowly she pulled on the line.

“Careful, careful!” Ethan cried from behind her. “You’re gonna knock it in.” “Be quiet,” Sarat said.

She tugged gently on the line until the metal hook rested on the rock just beside the watch. With surgeon’s hands she edged the hook closer until it dislodged the watch from its place. The watch began to slide down the polished side of the rock toward the stream, but caught on the edge of the hook. A couple of the children yelped in triumph.

One of the boys picked up a baseball bat nearby and handed it to Sarat. With the line still in her left hand, she lifted the bat with her right. She held it as far in front of her as she could without losing her balance. Slowly she began lifting it up underneath the line to create a pivot point. Then she reeled in the catch. The hook lifted, the watch rising with it. As it came off the rock the watch swung and skimmed across the surface of the creek. Coiling the line around her wrist, Sarat pulled the watch in and set it on the ground.

She turned to Ethan. “Pay up,” she said. The boys stared at the watch on the ground as though it had landed from outer space. Finally Ethan pulled a wad of Redbacks from his pocket and paid Sarat what he owed her.

The children began to disperse. Some of the boys revived their baseball game, a little further away from the creek this time. One of the younger girls, whom Sarat did not know, offered to return the clothesline for her.

As she made to leave, Sarat was approached by another of the boys, a fourteen-year-old from Georgia named Michael. She knew him only tangentially. He was the older brother of a boy named Thomas, who as a toddler had suffered a shrapnel injury that had frozen his mind at the age of two. The older brother had been sleeping in the same bed the night the Birds came, but through blind chance had escaped uninjured.

“Hey, Sarat—wait, girl, where are you going so fast?” Michael said. He pointed at the creek. “I’ll give you another fifty if you go in.”

The departing children halted. Sarat eyed them, and then Michael. He was wiry and lanky, swimming inside his too-big Sinopec Solar T-shirt, a hand-me-down from the Augusta docks.

“C’mon now,” Michael said. “You ain’t scared, are you?” He had pasted on his face a smirk with which Sarat was well acquainted. She’d seen the same look on so many of the other boys’ faces over the years. A self-satisfied grin. It was the smirk of knowing he’d left her with an impossible choice—step in the river of filth or be labeled a coward. Even then, at such a young age, she understood that smile for what it was: a mask atop fear, a balm, for the crippling insecurity of childhoods deeply damaged. They were fragile (/) boys who wore it, and their fragility demanded manage. Sarat knew the boys better than they knew themselves. And she knew there was no winning this dare. That was the point —for there to be no winning, only different magnitudes of losing.

“How do I know you’re not lying,” she said