NOW MagazineMusicAn hour of her time

An hour of her time

As both an accomplished visual artist and the singer-songwriter behind pastoral folk-rock band Forest City Lovers, Kat Burns knows it's. 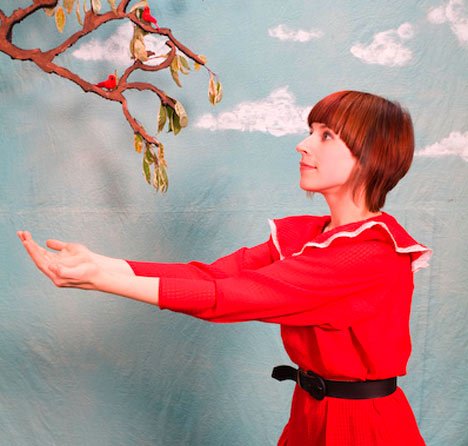 As both an accomplished visual artist and the singer-songwriter behind pastoral folk-rock band Forest City Lovers, Kat Burns knows it’s not easy to making a living purely as an artist. For the entire month of February, she’s going to give it a shot.

Yesterday, Burns launched An Hour of My Time, a new time-based project intended to shine a light on the divide between creativity and commerce (as well as, perhaps, the need for local arts funding).

“The average hourly wage in Canada for people between 24 and 30 is $24.75,” explains Burns from her studio at Artscape Gibraltar Point on Toronto Island. “That seems quite a bit higher than what most artists in my age group are making, so I thought it would be an interesting idea to try to earn that income by doing art as a full-time job.”

That may sound far-fetched to anyone who’s ever been forced to work a job they hate to in order to support their artistic endeavors, but Burns has a plan. She’s creating an original piece of art every hour for seven hours a day, five days a week and selling each one on her website for $24.75, the average hourly wage.

Involving her fans the whole way through, Burns will answer questions, share anecdotes and upload pictures of her work. In order to maintain inspiration she’s also taking suggestions of what to make (although not quite “commissions,” since the finished works are up for grabs to whoever makes the first bid). When all is said and done she’ll have created, and hopefully sold, 140 original works.

“I’ve already been racking my brain for ideas,” she admits. “I thought it’d be smooth sailing, but I’m realizing if people don’t participate then I’m going to run out of things to paint and draw. This project is going to thrive on interactivity, and hopefully it’ll speak to people in different ways.”

On another tip, Burns says, An Hour of My Time has already stimulated her songwriting, which should facilitate a return to the studio for Forest City Lovers later this year. She’s also writing songs for her icier electronic side-project KASHKA.

“After drawing all day, I’m really excited just play piano or guitar. It’s like my fun, relaxing activity after a day of work.'”