And you thought spring was over 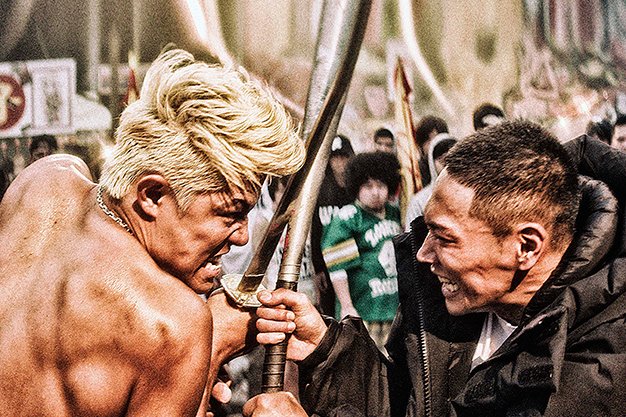 The film festival season isn’t quite finished, thank you very much.

The release of Jurassic World today says that summer is here, at least as far as movie theatres are concerned. And yet, Toronto’s film-festival cycle insists that it’s still spring.

Just yesterday, in fact, the Italian Contemporary Film Festival kicked off at the Lightbox while the Toronto Japanese Film Festival got underway at the Japanese Canadian Cultural Centre, out on Garamond Court.

Yes, that’s at Don Mills and Eglinton. But before you sneer at the remote location – which, in fairness, isn’t that remote for downtown cineastes who have a car or are willing to take a fairly long bus ride – please bear in mind that this will be the only opportunity you have to see some very good movies. Japanese films rarely break out beyond TIFF, and much like the ICFF, the TJFF exists to parade commercial and genre works through town with as much ceremony as possible.

There’s also the Canadian premiere of Momoko Ando’s 0.5 mm (June 24, 7 pm), a three-and-a-quarter-hour drama, adapted by the filmmaker from her own novel, about a young woman (Sakura Ando, the director’s younger sister) set adrift in Japan’s senior-citizen culture. It’s weird, and it’s spare, and there’s an undercurrent of sexuality that will make some people roll their eyes, but I found it pretty compelling. Catch it while it’s here.

Back downtown, the Female Eye Film Festival runs from Tuesday (June 16) to June 20 at various venues. This year’s opening-night feature is a strong one: Corey Misquita’s Reign (Tuesday 6 pm, at The Royal), a tense high-school drama starring Degrassi’s Jordan Todosey and Haunter’s Samantha Weinstein as friends torn apart by a shift in their social status. Produced and shot at Humber College, it’s an assured first feature with strong performances from both leads.

Also screening in this year’s festival are the Hot Docs favourite All The Time In The World (Wednesday, 3:30 pm, Studio 101’s Small World Theatre in the Artscape Youngplace building), Suzanne Crocker’s documentary about her family’s decision to remove themselves from civilization for nearly a year Amanda Marsalis’s Echo Park (June 20, 5 pm, The Royal), starring Mamie Gummer as a privileged young woman who relocates to the eponymous Los Angeles neighbourhood, and Michelle Joy Lloyd’s New Zealand drama Sunday (June 20, 7:30 pm, The Royal), featuring Camille Keenan and Dustin Clare as exes who reunite in Christchurch to figure out what to do with an unexpected pregnancy.

Oh, and check out the late-night horror program for Jennifer Harlow’s The Sideways Light (June 19, 10:30 pm, The Royal), a microbudget Texas thriller about a young woman (Lindsay Burge) who comes home to look after her deteriorating mother (Annalee Jeffries), only to become convinced that there’s something else in the house with them. It’s not glossy, but it’s very creepy.