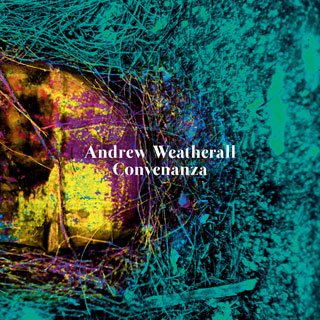 In some alternate universe, pioneering UK DJ/producer Andrew Weatherall became as famous as Paul Oakenfold. Both he and Oakenfold were key figures in the early acid house explosion in the UK, and both helped inspire Madchester acts like the Happy Mondays and Primal Scream to discover dance music. While Oakenfold became a commercial trance superstar, Weatherall embraced his oddball tendencies and ended up a well-respected cult hero in left-field dance music.

He became the go-to guy for gritty, dubby acid remixes for acts like My Bloody Valentine, Saint Etienne, Björk and many others. His Two Lone Swordsmen and Sabres of Paradise electronic projects were hugely influential during the 90s, but he’s better known for those collaborations than for solo albums like this one, made with help from past collaborator Nina Walsh.

Sonically, Convenanza is a distillation of Weatherall’s production signatures: post-punk, dub, acid house, ambient, cosmic disco, Krautrock and psychedelic rock. Some of the best moments recall the Clash’s late-career dance floor experiments, or maybe a bluesy Public Image Limited. What distinguishes it most from his remixes and collaborations is his singing, and your enjoyment of the album will largely depend on whether you appreciate his deadpan, often-monotone voice.

Despite the gurgling synths, washes of echo and drum machines, the singing and punk-funk guitar work make it feel more like a rock record than an electronic one. That will turn off some fans, but there are still plenty of sprawling instrumental grooves that reference his dance music roots. His singing, an acquired taste, could have been used more sparingly. Nevertheless, his odd chants keep the weirdness levels appropriately high, and we wouldn’t want it any other way.