Andrew Wiggins gets a warm welcome home in Toronto 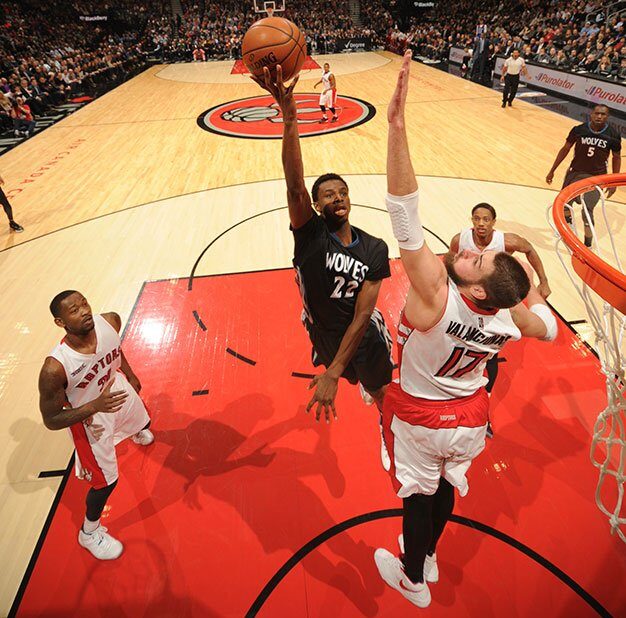 Andrew Wiggins is among a number of Canadian-born NBA players who've opted not to play for Canada at Olympic qualifying tournament in Manila next month.

Andrew Wiggins is among a number of Canadian-born NBA players who've opted not to play for Canada at Olympic qualifying tournament in Manila next month. 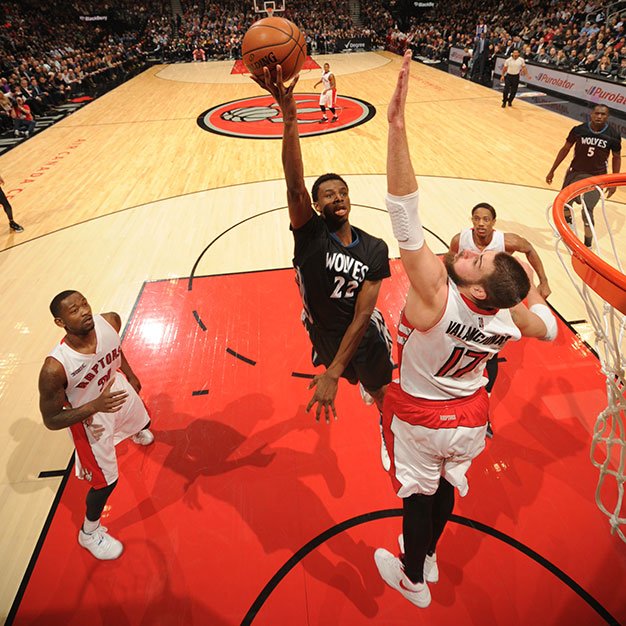 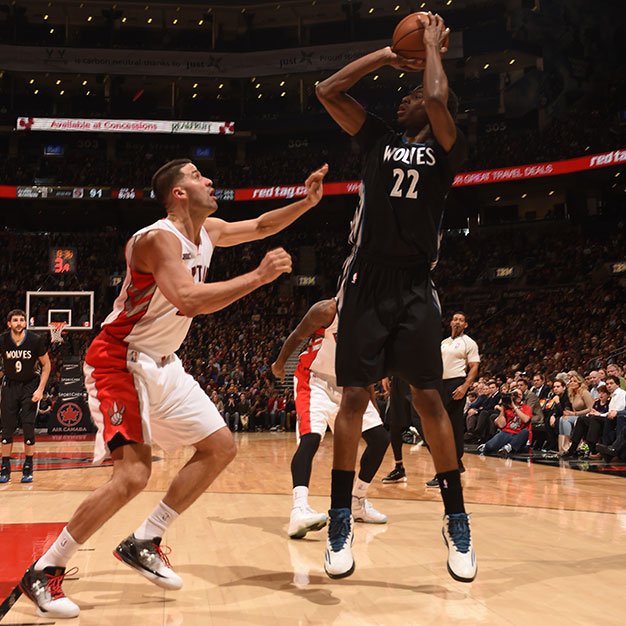 If there were any lingering doubts about Canada Basketball being on the rise, Prime Minister Stephen Harper put those to rest at the Air Canada Centre on Wednesday night. With the Toronto Raptors hosting the Minnesota Timberwolves, Harper wanted to be on hand to witness Vaughan native Andrew Wiggins’ NBA homecoming.

Wiggins, the No. 1 pick in last year’s NBA Draft, is kind of a big deal for a kid in his first NBA season. Averaging 15.7 points in 35 minutes per game to lead all NBA rookies, Wiggins has won the Western Conference Rookie of the Month award every month this season. After the regular season, he will be named Rookie of the Year.

While the Raptors were able to get their business together late and hold off the Timberwolves 105-100 en route to picking up their 41st victory, the ACC crowd showed their appreciation for Wiggins during player intros. The 20-year-old couldn’t help but flash a smile as he got to cross another item off his bucket list.

It has been a rough year for Minnesota. Like so many teams stacked with young talent, trying to win while also developing players is a challenge. The priority is improvement for the 14-win Timberwolves. Wiggins has played in every game this season, with 15 remaining on the schedule. He’s gotten better as the months have passed and is showing why he was drafted first in his class. Still, an 82-game NBA campaign is much different than college and it’s something that cannot be prepared for.

“I’ve been working hard every game, trying to put in extra work to improve my game and it think this is the time of year where it hits you,”Wiggins said. “[Playing in all 82 games] Is my goal. My coaches told me thats a big accomplishment.”

“At the beginning of the year,” he continued, “I was told, ‘It’s not a sprint it’s a marathon. It’s not about how you start, it’s how you finish.’”

After a quiet start to the season, Wiggins is earning respect from veterans around the league as his game and confidence grow. Thanks to unlimited potential and jaw-dropping athleticism, perhaps what is most impressive about his game is how effortless he can make even the most difficult moves look. It is easy — and exciting — to daydream about what his game could look like in a handful of years.

“He looks good,” Raptors forward Terrence Ross said. “He’s just young. He’s raw and he has a lot of talent. He’s athletic, he has a motor, he can score. He has a large skill set.”

During the NBA’s trade deadline, Minnesota elected to bring Kevin Garnett back to the Timberwolves to serve as a mentor for its young players. Wiggins and co. are getting unlimited access to a future Hall of Famer known for his unparalleled intensity. For a rookie trying to learn the ropes of the NBA, there is no better teacher than 19-year-veteran Garnett.

“[Garnett] came into the league at 19 years old, with a lot of expectations, so as coaches we can’t tell Andrew how that feels,” Timberwolves interim head coach Sam Mitchell said. “Kevin lived it. He went through all of this, and he can tell Andrew what it’s like, and about the responsibility that comes when you’re being touted as the face of a franchise. The advice Kevin can give him is invaluable, because how many people in the NBA can tell Andrew, to relate to what Andrew’s going through, better than Kevin Garnett?

There will be losses to accompany the learning for this young Timberwolves team, but there are also highlights in every rookie’s first season as a professional. For Wiggins, looking around the arena and hearing his friends and family cheering for him, along with Raptors fans who were just happy to see their fellow Canadian living out his dream, Wednesday was a night he will not forget.

To those who helped to make his homecoming a night to remember, Wiggins spoke from the heart: “I just want to thank all of them for their support throughout the years,” he said. “I’m always going to represent Canada, no matter where I go.”