Rocker keeps the party going while honouring the dead 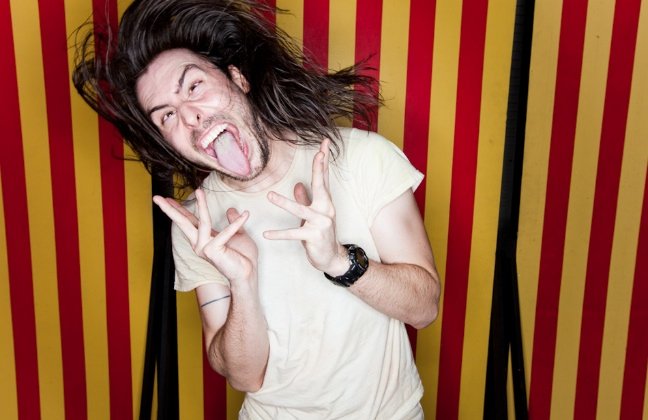 There are certain musicians everyone should catch in concert at least once. Andrew W.K. – born Andrew Fetterly Wilkes-Krier – is one of them. By the end of his Tuesday night set at the intimate Hard Luck Bar (his last Toronto show was at the ACC opening for Black Sabbath), over half of the crowd was onstage with him, shouting along to Party Hard and I Get Wet, while he pounded away boogie-woogie-style at his keyboard, completely invisible.

The party rock anthems, while decent enough, play second fiddle to the New York-based musician’s guiding motto that everyone should live life to the fullest at every moment, a philosophy he shares widely through his lyrics, interviews and tender-hearted tweets. (Typical tweet: “Party tip: Gently fold a dog’s ear in half and enjoy its velvety softness.”)

He embodies YOLO culture, so it was no surprise to see college-aged kids making up most of the packed house. Wilkes-Krier stuck to his piano most of the night, screaming through a distorted mic along to canned drums/bass/guitar, while a hype man and bouncer flanked him on either side, the latter good-naturedly ensuring that the non-stop wave of surfing bodies never turned into a tsunami.

The highlight was an unexpected tribute to Gwar, another band everyone should see at least once in his or her life though probably no longer can. Singer Dave Brockie passed away on Sunday. Wilkes-Crier had just heard the news, and got the whole room singing, “I love Dave Brockie! I love Dave Brockie!” It was a perfect example of his ability to turn a situation as sad as death into a communal celebration.

“Isn’t it good to be alive?” he said afterwards. “Life is very intense, but we can still have fun, right? Because we team up together to stay strong and mighty. Never mistake a bad day for a bad life.”