Kranjc was charged with criminal mischief for giving water to pigs on their way to slaughter. The world took notice 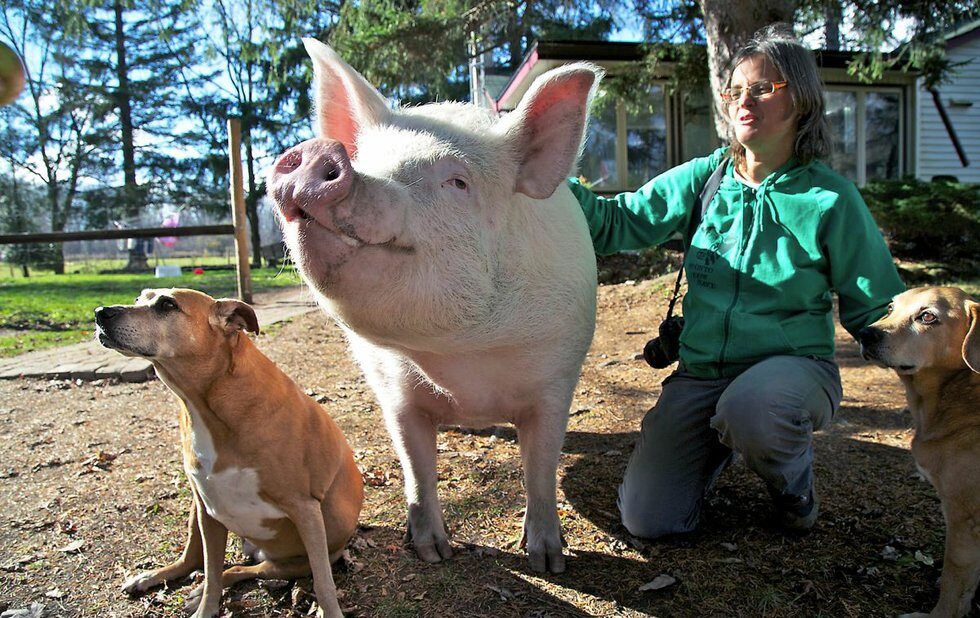 In Leo Tolstoy’s short story Esarhaddon, King Of Assyria, the conqueror king wakes up inhabiting the body of his defeated enemy, King Lailie. He greets Lailie’s family, attends to business of his court, plans war, goes hunting for lions and wild donkeys and feasts at night.

Soon after, Esarhaddon dreams Lailie is defeated in battle, captured and about to be executed when he becomes a wild donkey nursing her colt. Arrows hit them, and hunters slash the colt’s neck.

After waking from this dream, Esarhaddon frees Lailie, gives up his kingdom and begins life as a wanderer, “preaching to people that all life is one, and that when men wish to harm others, they really do evil to themselves.”

It’s this story that animal rights activist Anita Kranjc uses to illustrate that cruelty done to animals is also cruelty to ourselves.

Kranjc, a PhD graduate in political science from the University of Toronto and self-described “anarcho-pacifist,” founded Pig Save in 2010, inspired by the works of Tolstoy (who promoted vegetarianism), and started holding vigils with a handful of activists outside Toronto slaughterhouses.

But it was viral video of her giving water to pigs in a truck on their way to slaughter during an action in June 2015 outside Fearmans Pork in Burlington – and the encounter with the driver of the truck that followed – that has inspired a global movement to save animals.

Kranjc was charged with criminal mischief – technically, interference with the use, enjoyment and operation of property. She faces a $5,000 fine and a maximum of six months in jail for her act of compassion.

The ongoing media coverage of her case has been godsend for the Save movement, which has since grown from a few dozen groups to more than 100 worldwide. Activists with Manchester Pig Save in the UK recently rescued a pig and named him “Leo Tolst-Oink.”

“Bearing witness is being present at the site of the greatest of injustices and in that way trying to help,” she says.

Kranjc continues to bear witness. On October 5, she was arrested outside Fearmans, where a truck carrying pigs had rolled over. She breached a line of police tape to get to the injured pigs behind tarps, cardboard and shawls held up by Fearmans employees to prevent public view of the suffering pigs.

Dozens of pigs died in the crash. Other injured pigs were killed with bolt guns to the head in view of activists as they pleaded with the company’s managers to release just one pig. The owner of an animal sanctuary had a trailer and veterinarian standing by.

As an antidote to the horrors she’s witnessed inside and outside slaughterhouses, Kranjc has formed alliances with local farm animal sanctuaries. “People are never as happy as when they are with animals, who are living in the present and fully expressing themselves,” she says.