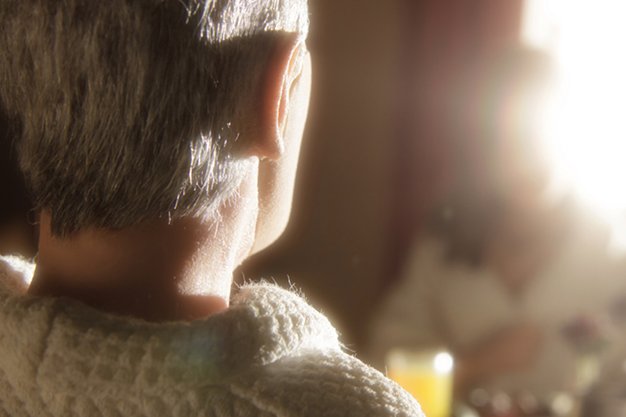 Anomalisa, a stop-motion picture co-directed by award-winning writer and director Charlie Kaufman and Duke Johnson, is a masterpiece, but the less you know about it the better. Unlike most other reviewers, I don’t want to give away anything that will spoil your sense of discovery. Win tickets to the advance screening of ANOMALISA here!

Michael Stone (voiced by David Thewlis) is a successful, middle-aged author and motivational speaker who flies to Cincinnati to deliver a talk about customer service. He’s unhappily married, and once at his hotel he looks up an old flame, but the reunion doesn’t go well. Then he meets Lisa (Jennifer Jason Leigh) and they fall for each other.

Anomalisa can be looked at as a mid-life crisis movie, a nightmarish dystopia, a psychological drama about a man having a breakdown or a meditation on finding love. It’s so cleverly written there are clues about how to read it in the name of a hotel and even an opera number that Michael hums. The two letters that bookend the narrative are also significant.

I won’t say much about the remarkable look of the film, except that the directors (Johnson directed the stop-motion Christmas episode of Community) create a world that’s reassuringly familiar yet disturbing. It began as a stage play with puppets, yet wouldn’t work as a live action film. Oddly, even though its protagonists are inanimate they’re very expressive and real, especially when it comes to matters of the mind and heart.

I can’t wait to see it again.