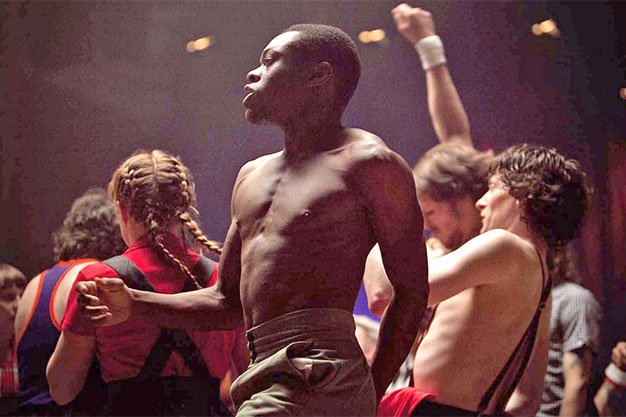 Elaine Constantine’s Northern Soul introduces us to John (Elliot James Langridge), an angry teenager who gives up on education and embraces club life in 1974 Lancashire just as the eponymous pop phenomenon – built on obscure American singles from labels like Stax rather than Motown – was at its peak.

There’s not much of a plot, but writer/director Constantine is much more interested in recreating the texture and energy of the moment – and on that level, Northern Soul absolutely succeeds.

Every last detail feels authentic, from the slightly unfashionable clothes to the cramped rooms in which John and his friends sort through records and piles of pills. And Steve Coogan’s cameo as an antagonistic teacher is so specific that there’s no question in my mind he’s basing it on someone who was a dick to him in school.

As one might expect, the soundtrack – featuring repeated use of the Frankie Valli earworm The Night – is unimpeachable.