Since December 2015, six sex workers who were members of Butterfly, have been arrested, detained or deported.

On January 31, Butterfly (Asian and Migrant Sex Workers Network) was mourning yet another death of an Asian sex worker.

Tammy Le was found strangled at a hotel in Hamilton in the early morning January 23. As Butterfly noted in a statement, she is the third Asian sex worker murdered in the past two years in the Hamilton and Mississauga areas.

Jiali Zhang was living in Toronto and working as an escort when she was found dead in an east Hamilton apartment. Evelyn Bumatay Castillo, originally from the Philippines, was discovered after a fire in a room at a Mississauga Quality Inn. Murder charges have been laid in both deaths.

Like many sex workers, the women from Butterfly believe that violence against them is a direct result of new anti-prostitution laws and anti-trafficking campaigns targeting Asian sex workers.

Since December 2015, six sex workers, also members of Butterfly, have been arrested, detained or deported. Sex workers with legal immigration status have been charged and harassed arbitrarily by police.

“This creates a climate of fear for sex workers [and] they choose to work in locations that are less visible and with fewer safety protections,” says Butterfly.

In this they are not alone: all sex workers want to avoid contact with law enforcement. We are never the good guys in this Manichean allegory. We are always in need of rehabilitation or on the side of an equation that requires our mandatory delinquency to exist.

Sex work abolitionists need us in the very same way they accuse pimps of needing us, despite the fact that sex workers are not supposed to be criminalized. We are viewed and subsequently treated as choosing to remain in a space of wilful truancy for not leaving sex work.

The federal government has allocated millions of dollars to combat “human trafficking” while refusing to finance safety measures to protect women working in the sex industry.

As Butterfly notes, much government funding “has been allocated to police and law enforcement and used to conduct periodic investigations and raids on sex work establishments in the name of anti-trafficking.”

I have known women (god bless those plucky broads from Saguenay–Lac Saint-Jean) who have travelled overseas to do sex work, and yet somehow these women did not suffer the same strategic victimization by law enforcement and prohibitionist groups as Asian women do here. In Canada, abolitionists must marshal victim narratives because their revenue depends upon it. 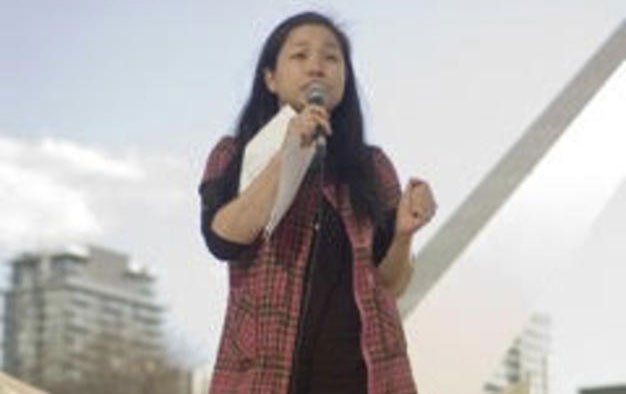 Here, almost all sex workers are assumed to be exploited and are now inscribed in Canadian legal discourse as such. But please do not misread the government’s staged concern or the performance of care that is enacted in media and law.

What the public doesn’t see, besides those who are arrested, detained and deported, are the clients, recorded in legal and abolitionist discourse as “rapists” and “abusers,” who helped fund sex workers’ travel back to Asia when they were all suddenly deprived of employment. Or the sex workers with legal immigration status who’ve been charged and harassed indiscriminately by police.

“These conditions,” Butterfly says, “encourage sex workers to work and live in isolation and to avoid mainstream services and protections. They encourage a targeting of migrant sex workers and create a climate of impunity for predators who are aware of the vulnerabilities they face because of… their risk of deportation.”

The impact of this calculated victimization is felt not just by Asian sex workers, but by those of us in the trade who scramble to renegotiate our already tenuous incomes to send money to colleagues caught up in raids, living hand to mouth or needing a microwave, rice cooker or whatever else a woman has to leave behind in the process of deportation.

Where are these prohibitionists during these scenes? Gleefully updating their Twitter feeds and calling us “sex workers” in scare quotes and attending conferences where they forward the notion that our clients are “buying their right not to know they are rapists.”

Butterfly is urging the public “to pay close attention to the ways that anti-trafficking measures and repressive legal policies impact sex workers.” They want to “encourage creative responses that provide sex workers an opportunity to create safe and secure measures for their work and their lives.”

We are all tired of lurid media photographs of already marginalized sex workers covering their faces as though they are ashamed of their work, who are actually deeply frightened by the repercussions of being forced to publicly identify in a way that stigmatizes them no matter what.

We are tired of the Organization for Prostitution Survivors telling us they will be there for us when we finally admit to ourselves we need rescuing and offering us nothing but government-funded support groups and yoga.

We believe women when they tell us they are not trafficked and we believe them when they say they are. And when others like us are targeted or deported, we will not be held as complicit in violence against women because we are sex workers and refuse to be framed as victims. We do not consent to this status.

Fleur de Lit is a pseudonym. Elene Lam is the founder of Butterfly (Asian and Migrant Sex Workers Network).