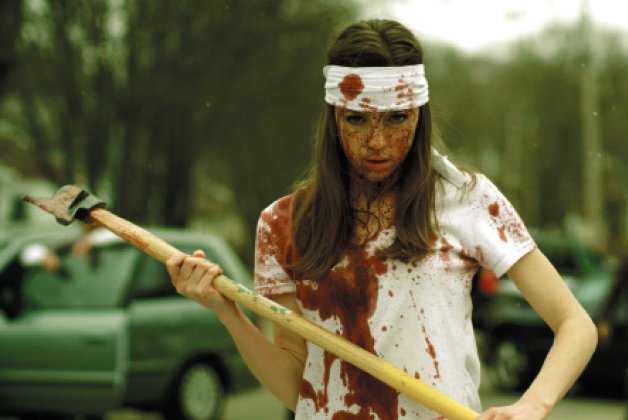 Looking for some horror for the holidays? You could watch Antisocial, a new zombie movie shot in Guelph and Toronto, but it’s not worth the effort.

It’s New Year’s Eve, and Sam (Michelle Mylett) sleepwalks through a day of classes at her generic North American university, not quite noticing the strange behaviour breaking out around her.

But by the time she shows up for a friend’s house party, the world is clearly in the grip of a mysterious rage plague. Could the strangely addictive, not-at-all-like-Facebook site TheSocialRedroom.com have anything to do with it? Yeah, probably, given how glaringly weird a name like “TheSocialRedroom.com” sounds every time someone says it.

The usual mechanics follow: creepy hallucinations, blood spurting from noses and ears, characters arguing over who among them is or isn’t infected. Writer/director Cody Calahan seems to think he’s breaking new ground with the social media angle, but Antisocial is really just warmed-over Romero and Raimi with one really nifty visual concept (with which, sadly, nothing is ever done) and a third act that’s both dull and ridiculous.

A sequel is promised. Swell.