ANTONY AND CLEOPATRA Rating: NNN Just as the new Stratford. 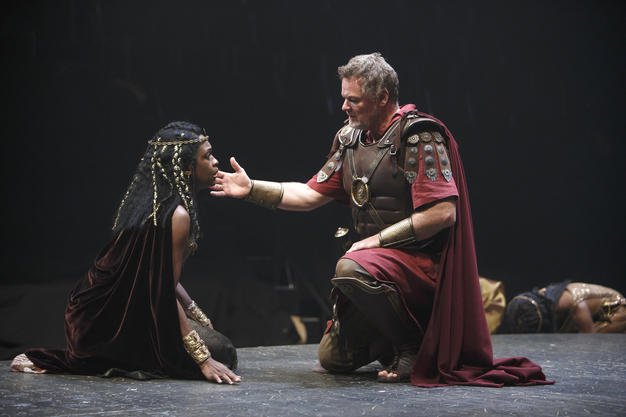 Yanna McIntosh and Geraint Wyn Davies are fine but don't quite set off sparks together.

Just as the new Stratford season opens this week, the classical rep company wraps up the first leg of its Shakespeare-in-high-def broadcasts with Gary Griffin’s production of Antony And Cleopatra.

Despite the impressive star coupling of Geraint Wyn Davies and Yanna McIntosh and a spare, often swift-moving production, the play never catches fire. Individually, Davies and McIntosh are fine and act the hell out of their showy death scenes, but you never feel their passion for each other, even when the camera comes in close.

Thankfully, they’re surrounded by a ton of talent: Tom McCamus adds a world-weary feel to his Enobarbus, Ben Carlson has a great time as Octavius Caesar, while Sophia Walker brings a sassy edge to Charmian.

There’s not much imagination at work in Griffin’s production, but in one scene he has a character express remorse while the person he’s betrayed is onstage at the same time. It’s a simple yet effective touch in a show that could’ve used more of them. 170 minutes.