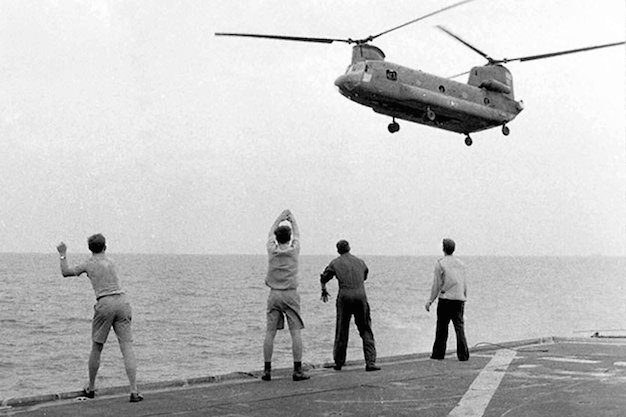 The first Wednesday of the month means a new Doc Soup is served at the Bloor Hot Docs Cinema November’s premiere is Last Days In Vietnam. And if you think you’ve seen all there is to see about the Vietnam war, well, here’s 97 minutes that you haven’t.

Directed by Rory Kennedy (Ghosts Of Abu Ghraib, Ethel), Last Days In Vietnam looks at the absolute chaos of the final weeks of America’s presence in the convulsing nation. The war effort was collapsing into incoherence, half a million civilians were trying to claim refugee status so they could escape through the U.S. embassy in Saigon, and Americans were doing everything they could to save individual lives.

Four decades on, Kennedy and her crew have collected stories from Americans and Vietnamese who were there, matching them to archival footage to construct a narrative that’s as close to definitive as possible.

It’s a fascinating story of institutional denial and personal commitment, both of which are somehow bound up in the personal arc of Graham Martin, the U.S. ambassador to Vietnam who refused to acknowledge the deteriorating state of the war, but finally reversed himself to marshal a last-ditch effort to evacuate hundreds of people.