Arcade Fire at the ACC

Arena indie rock isn't so bad after all 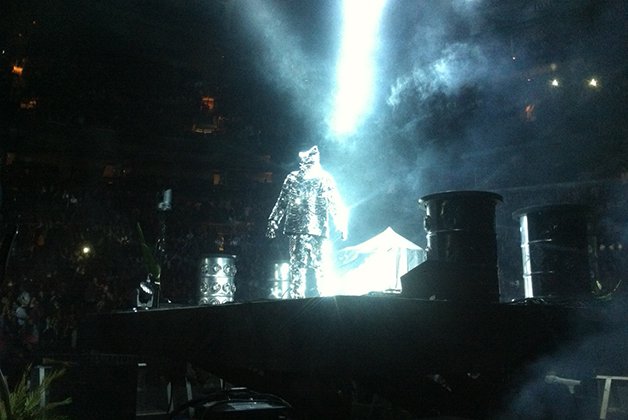 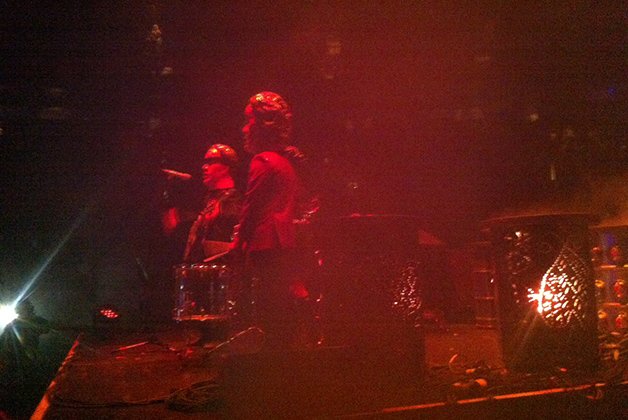 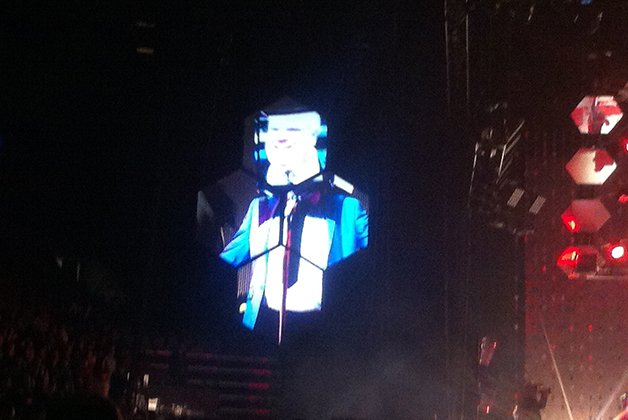 You can’t put a band like Arcade Fire in a venue like the ACC and not have it end up feeling like an arena rock show. Still, I appreciated how hard the band worked to make the experience seem more special than your typical mainstream show.

While their request that the audience dress up in formal wear or costumes seemed obnoxiously demanding and precious when first announced, the costumes had a tangibly positive effect on the evening’s mood, as big a part of the experience as the confetti cannons, the surprise hydraulic stage and even the guy wearing a video box on his head that broadcast pictures of Rob Ford.

It wasn’t just the production values and visual details that impressed, though. The band sounded amazing, no simple feat in a venue this cavernous. The constant switching of instruments was superbly coordinated, and the newer disco-inspired material came to life onstage.

And just when it began to seem a little too well rehearsed and impersonal, Arcade Fire reminded us of their deep roots in the Canadian indie scene with touching nods to both the Hidden Cameras and the Constantines.