Q: Are chemical pollutants causing ADHD? [rssbreak] A: Whether it's 2 pm in an airless office tower or a particularly dry class. 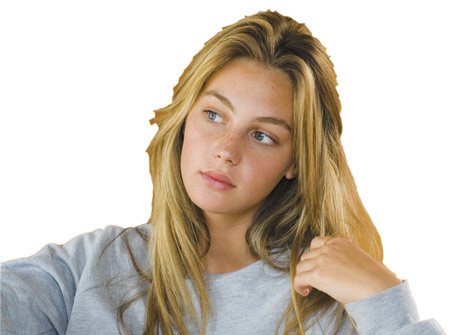 A: Whether it’s 2 pm in an airless office tower or a particularly dry class on campus, you’re bound to hear self-deprecating jokes about ADD, or if they get their terminology right, ADHD.

And whether you blame MTV, video games or Google, generations XYZ have all grumbled about sabotaged attention spans and crippled information-recall functions.

The truth is, attention-deficit hyperactivity disorder isn’t something you catch from video games (though there’s no denying they can exacerbate an existing condition). So how do you get it and, more to the point, do chemical contaminants in our environment play a role?

ADHD is one of those conditions that’s tough to diagnose, and it’s been even tougher to establish agreement over its root causes. The term gets bandied about a lot in common parlance, but it’s considered a distinct neurological condition, and those with ADHD have been found to have differences in their PET scans. For the most part, it’s considered genetic, but what of the other 30 per cent of cases that haven’t been inherited?

The medical community still considers it a mystery, but early studies are raising questions about the impact of chemical contaminants on young minds. Scientists recognize the need for further research, but do raise important alarms. Case in point, a few studies have found a link between ADHD and higher blood lead levels. Disturbingly, all the kids tested had blood lead levels well below lead poisoning standards.

A 2009 study published in Pediatrics found that kids whose lead exposure levels were in the top third were on a par with kids exposed to tobacco smoke in the womb in terms of the likelihood of ADHD, but those double-whammy kids with the highest lead levels and exposure to tobacco in the womb were eight times more likely to have ADHD.

But lead’s not the only neurotoxin raising flags. Certain flame-retardants as well as phthalates and nonstick and now-phased-out stain-resisting chemicals are also linked to the disorder.

And just last spring, research out of the University of Montreal and Harvard’s School of Public Health published in Pediatrics found that kids with above-average levels of organophosphate pesticides in their pee were nearly twice as likely to have ADHD.

While, again, researchers stressed that more extensive studies were needed before strong conclusions could be drawn, they cautioned that parents would be wise to feed their children organic food as much as possible and wash all produce well.

Other chemicals are seen less as potential causes than as exacerbating factors. The British National Institutes of Health (NIH) did a meta-analysis of 15 double-blind clinical trials and concluded, “It is best to avoid exposing children to artificial food colouring.”

At the same time, the NIH noted that most research has discounted the common assumption that sugar makes ADHD symptoms worse.

A whole other question is whether all kids being treated for ADHD actually have it to begin with. A study soon to be published in the Journal of Health Economics estimates that nearly 1 million kids are wrongly labelled as having ADHD simply because they’re the youngest in their class.

Sure, plenty of desperate parents swear by the soothing power of their children’s meds, but a growing number are freaked out by the notion of having their five-year-old on pharmaceuticals – especially when some come with health warnings about depression and suicide attempts.

If you’re ready to dose up holistically, there’s a lot of evidence that the EPA and DHA in quality fish oils can help alleviate ADHD symptoms. (Veg families should look for algal sources.)

Many parents have also had success with tyrosine supplements (taken an hour before meals). Beyond that, most MDs and naturopaths will tell you the most important thing you can do is research constructive behavior therapy techniques and make lots of time for daily exercise and good old-fashioned playtime away from video games and computer screens. Serve a healthy diet low in refined foods and free of ingredients you can’t pronounce and the whole family will feel better.