Fifteen people shot, seven of them dead, by police in the last two years. Is it time to disarm our cops? 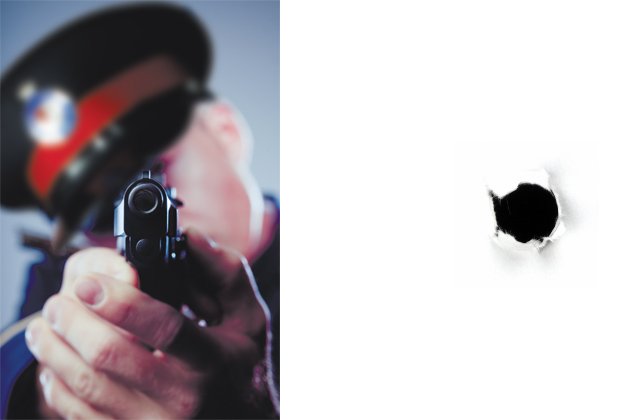 The investigation into Sammy Yatim’s death is not yet over, but already his slaying has prompted calls for an overhaul of how police exercise their potentially lethal responsibilities.

When the Special Investigations Unit releases the results of its probe in the coming weeks, it will determine whether the officer who fired nine shots at the 18-year-old should face criminal charges. A question that will take longer to answer is whether Yatim’s killing will lead to broader changes to a force whose officers have been at the centre of several controversial shootings in recent years.

Some observers have already demanded better training in de-escalation techniques, others for the broader use of tasers or the force’s Mobile Crisis Intervention Teams. But lawyer Peter Rosenthal is prepared to go a step further. He believes it’s time to seriously consider disarming front-line police officers.

“There’s a possible model of policing where officers on patrol have lesser weapons,” Rosenthal says, and only “units of specially trained officers” carry guns.

Patrolling officers should carry batons, and only experts should be authorized to use firearms, he says. “If [ordinary officers] didn’t have that option, then what would happen? If they came upon a situation that was really dangerous they’d have to phone the emergency task force… and they’d have to try and safely contain the situation until then without the use of firearms.”

Forces there are hardly unarmed, however – there are more than 6,700 special officers in England and Wales who are trained to carry guns, and during a recent year-long period police in those two countries carried out 12,550 operations in which the use of firearms was authorized.

But when the specially trained armed officers in Britain are called to the scene, they rarely pull the trigger. In a one-year statistical period ending in 2011, English and Welsh cops discharged their firearms in only four incidents in a territory inhabited by more than 56 million people. Last year, Toronto police fired their guns in the same number of incidents in a city of only 2.8 million.

According to the London Evening Standard, that city’s police have shot one person to death in the past four years. Since August 2011, Toronto police have shot at least 15 people, seven of them fatally. In the vast majority of those shootings, the officer who pulled the trigger was a regular member of the TPS, and not the Emergency Task Force, the special tactical unit trained to deal with high-risk situations.

Dr. Robert Gordon, director of the School of Criminology at Simon Fraser University, agrees with the premise that because British police on patrol have to call in special armed units to deal with a volatile subject, they’re more likely to be patient and use non-violent means to resolve a conflict. The risk of unnecessary violence is lowered.

“An element in these shootings always is the pressure that the police officer feels to bring the case to a resolution swiftly,” says Gordon, who served as a London “bobby” in the 1960s and 70s. “It’s fast coppering, when what you need is slow coppering.”

Comparisons between Canada and the UK are imperfect, of course, because gun crime is much less prevalent across the Atlantic than it is here. By employing firearms, Toronto cops are arguably simply fighting fire with fire. But recent history suggests that when TPS officers discharge their weapons, it is usually not to foil gun-wielding criminals.

The officer in only one of the aforementioned 15 shooting incidents believed the suspect was reaching for a gun. (It turned out to be either a cellphone or a police scanner.) In 10, the victim was carrying a knife or scissors (in one, an officer was stabbed).

However, Gordon points out that officers’ guns can be effective in discouraging armed criminals even if they’re never fired.

“There’s a deterrent issue here,” Gordon says. “Knowing that the police officers are armed may well deter people from shooting at them or going after them.”

According to the TPS’s 2012 Professional Standards report, Toronto officers also draw their guns on a regular basis. Last year, officers trained their weapons on a person 889 times, up from 842 in 2011.

Those statistics are a source of concern for Rosenthal, because according to the provincial Police Services Act, an officer should not aim a gun at someone “unless he or she believes, on reasonable grounds, that to do so is necessary to protect against loss of life or serious bodily harm.”

“I wonder, in what percentage of those cases was drawing a firearm appropriate?” Rosenthal asks.

Peter Waddington, professor of social policy at Wolverhampton University in the UK, says that although studies show drawing a gun is often the safest way for police to bring a situation under control, the British public would be outraged if an officer pointed a firearm at a civilian unless the person posed an imminent threat.

“In this country, if a police officer pointed a gun at somebody in order to just get them to comply, it would be all over the popular press. It would be a really serious matter,” he says.

To be sure, the idea of disarming Toronto’s street cops is a radical one, and unlikely to gain traction with the force any time soon. When asked to comment for this article a spokesperson for Chief Bill Blair directed us to the Ontario government, which is responsible for the province-wide police-use-of-force protocol.

Meanwhile, Toronto Police Association president Mike McCormack calls Rosenthal’s suggestion “absolutely ludicrous.” He says the public is safer with armed police, and front-line officers must be equipped with guns because they’re the ones who respond to emergencies in most cases.

“They’re a tool that we need to do our job effectively and efficiently, and not a tool that we want to use. But occasionally where you have to use it, or it’s used to defuse a situation, it’s just part of the job,” he says.

McCormack stresses that all police shootings are investigated, and that officers will be open to any recommendations that come out of the probe of Yatim’s death.

“If there are mistakes and things we’ve done wrong, then we need to look at that.”