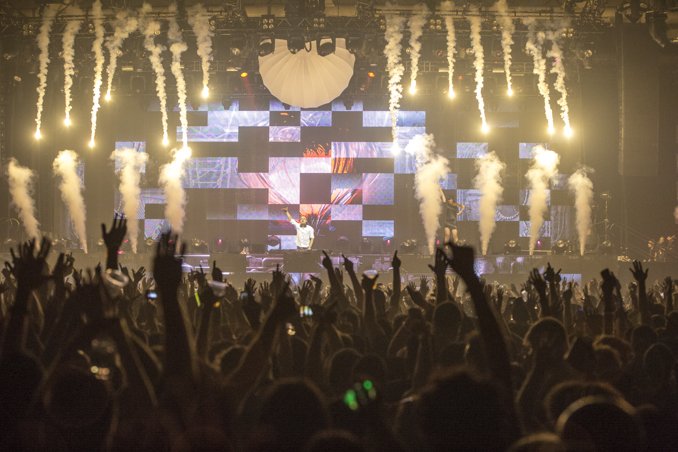 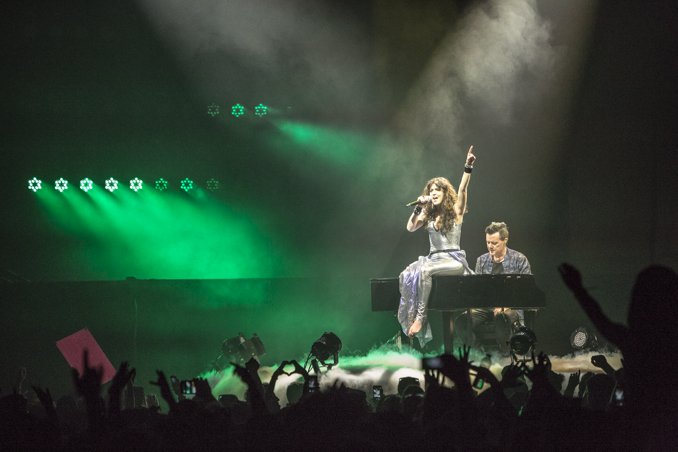 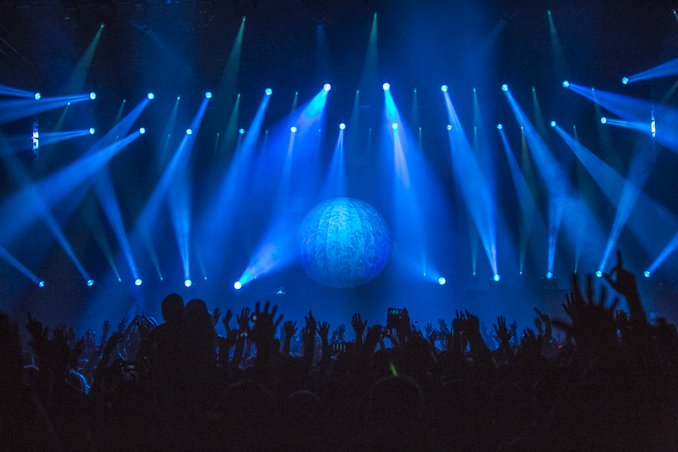 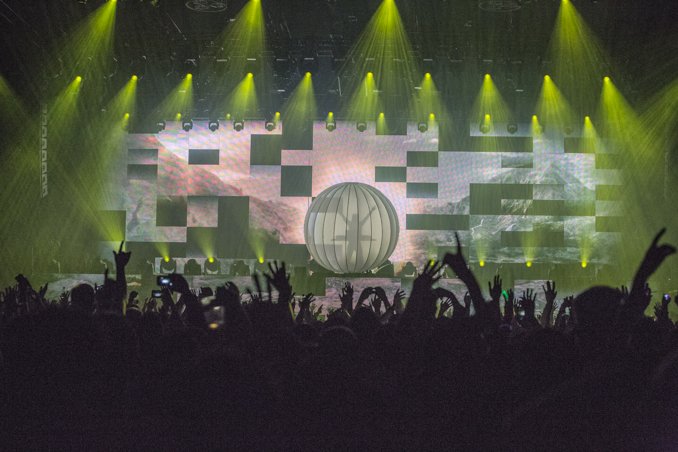 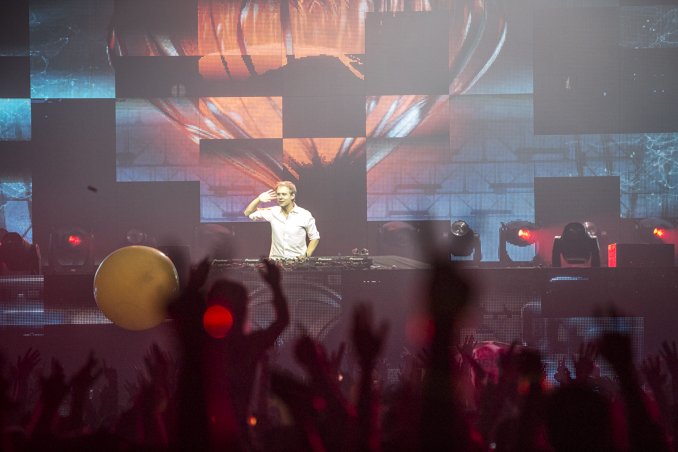 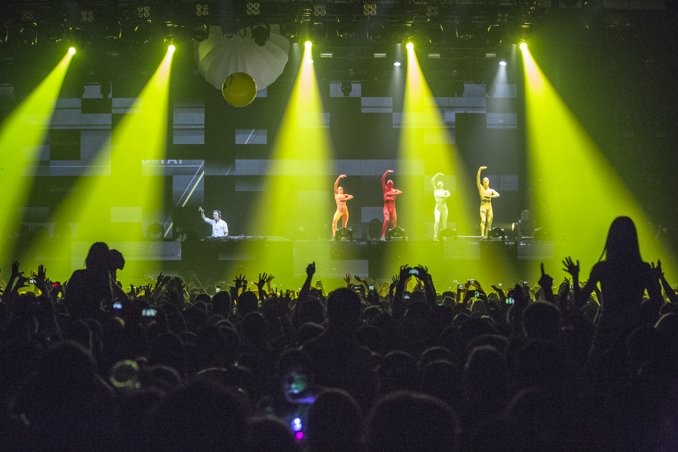 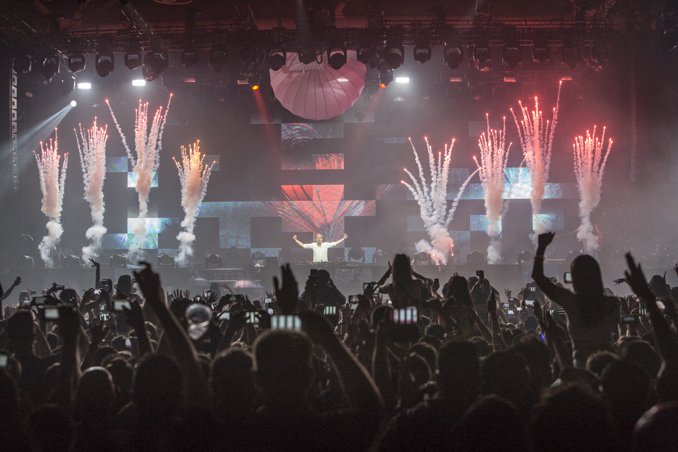 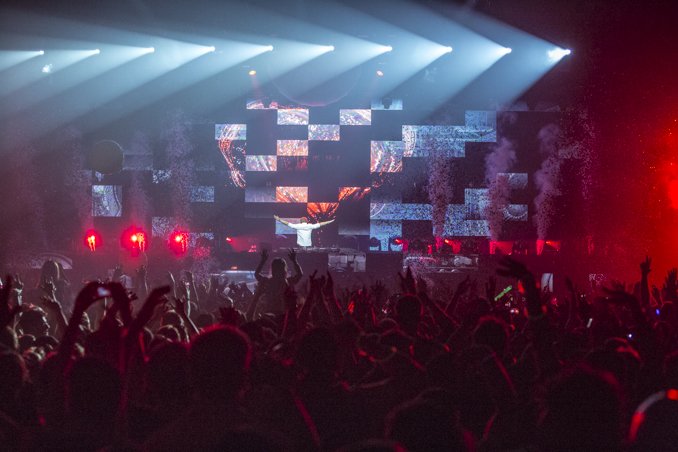 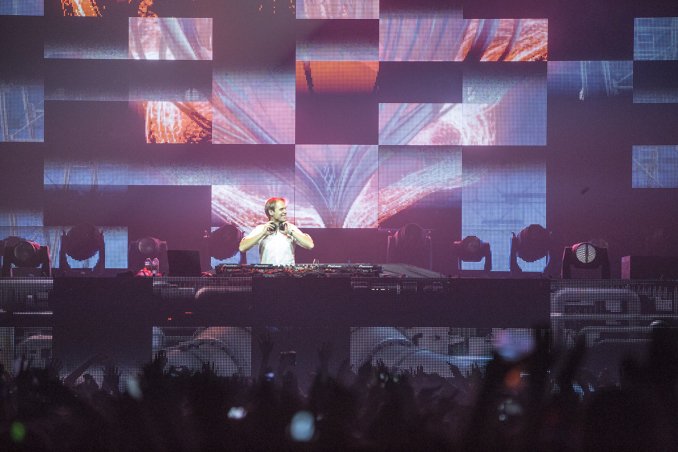 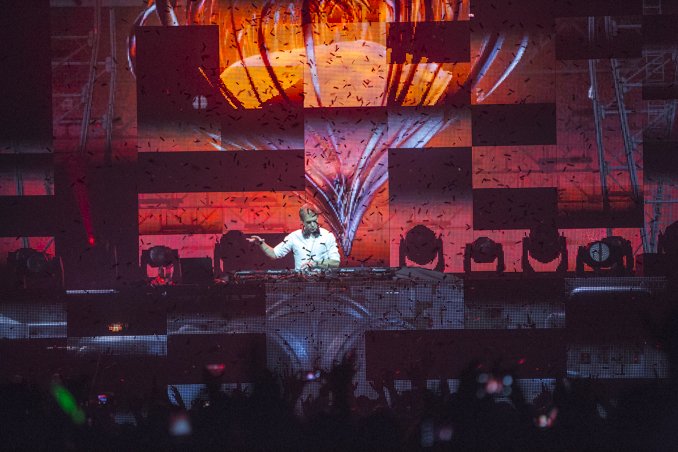 Dutch trance producer Armin van Buuren was all smiles behind his gigantic DJ booth on Saturday night for his Armin Only: Intense tour, named after the fact that van Buuren alone holds court for five hours straight, and his latest studio album (Intense).

Amid astounding amounts of Pyro and ever-changing imagery, van Buuren did a great job getting the crowd lost in his brand of uplifting, progressive trance, and then breaking to bust out emo vocals – either pre-recorded or, often on this occasion, via live singers. The highlight of the live vocalists was definitely Canadian singer Trevor Guthrie, who emerged for their single, This Is What It Feels Like, which also provided the best singalong – even if the song is dripping in schmaltz.

Van Buuren’s music isn’t subtle in the least, and the whole thing is earnest and almost too saccharine: breaking to address the crowd, van Buuren said, “Are you guys over there having a good time? I just have one question: Are you guys ready to get more intense?” Big screams.

At another point, van Buuren memed “reeling in” the dance duos on his left and right, eventually pulling them toward the centre where they made a formation that resembled an 80s workout video. Super-cheesy, right? But then the bass kicked in and his admirers went nuts, so obviously, van Buuren knows his audience.

If you’re a big-room dance fan, Saturday night’s spectacle was extremely impressive. Aside from the addition of live musicians and singers, a number of different dancers and Cirque du Soleil-style trampoline artists – all of which was visually marvellous – the venue itself proved an excellent location for such a show. The event was extremely well run with efficient security, food and drink lines, ample bathrooms and a proximity to ample TTC and cab options. The Centre’s industrial look even worked to its advantage, especially when van Buuren brought out a somewhat scary-looking drummer for a brief few minutes of edgy, almost Prodigy-like aggression.