...And bringing joy to many more 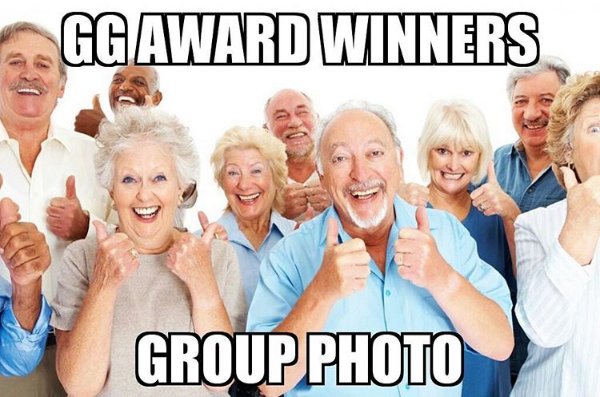 Earlier this week, a provocative Instagram account emerged that’s savagely calling out racism, sexism and so much more in the Canadian art world with memes, made by the anonymous account holder and submissions from fans.

I connected with the anonymous person behind the project first through Instagram, then by email, about what prompted the project:

What made you decide to start @Canadianartworldhaterz?

A bunch of colliding issues made me start this IG account: I was feeling underrepresented with my own work, but I have no desire to play the political schmooze and booze that is the art world. I think it’s stupid. I make good, interesting and conscientious work, but that’s all I have to offer.

I go to openings and enough people are weird and awkward, but have no desire to make a genuine connection. I’m awkward too, but if people feel that you have nothing to offer them, they will ignore you. I always felt social anxiety was not an excuse for being an asshole. That goes for curators, gallerists, critics, artists alike.

Most importantly, I hear tidbits of gossip when out with my artist friends, and then there are [problems] that are wildly obvious. But no one talks about them in a public forum. There is a way to be courteous when giving criticism, but does anything change? I can’t say that it does.

The moment came when a stupid “national survey” came out in Canadian Art. People are always left out, no matter what. The anger I felt in that moment made me snap and I said to myself, “Okay, I’ve got something important to say. How do I get as many people as possible to listen?” I’ve seen hater meme accounts of all kinds ripping on NYC, the States, the international art scene in general. So why the hell didn’t Canada have one? Fuck being polite. We need something that gets to the reality of the bullshit we call the art world.

Are you an artist? How many of you are there involved in producing content for the account?

Yeahhhhhh, I’m an artist. People kind have already assumed I’m just a bitter hater of an artist who wants attention. Well, hell, don’t we all? I’m just an artist who knows how to use the Internet.

At first I was just producing the content. I made about 20 memes. But the submissions started flooding in from all sorts of people after I uploaded the first real submission. I have a decent amount of content for the next while. But I think everyone should keep submitting since there are some parts of Canada with which I’m not as familiar.

Why stay anonymous? What are the risks involved in people knowing where the criticism is coming from?

I actually really don’t care if people like me or not. Most of the criticism has been coming from older white people who don’t understand that the world is changing. The way we consume content is changing. I can’t say if that’s for better or worse. It just is.

The problem I see with revealing my identity is that people would read too much of me into the actual memes. It’s content to be consumed, like a book. The reason why it’s successful is because we project ourselves and our friends’ experiences onto said content. That being said, when I’m ready to quit, I may do a final post where I tell everyone who I am and that they can go fuck themselves if they don’t like what I’ve done.

What’s been the response so far? What do you think about @canadianartworldhaterzhaterz and @c4nadianartworldloverz?

The response is hilarious! And also depressing. I was actually writing an email to a friend earlier about how funny and depressing this whole experience has been. I know who is running the loverz site. I think it’s a good breath of fresh air and is genuinely hilarious. I also think the haterz haterz account is good for context. No one is perfect. Certainly not me.

I’m constantly laughing at some of the memes I receive. They are very on point, which is kind of depressing because it shows what a sad clusterfuck of an art scene we live in. The memes that call out individual artists, gallerists, etc. get the most likes. I was pretty depressed that the Chloe Wise meme got as much attention as it did. The Clint Roenisch meme… like c’mon, dude. I saw he liked the post, but he’s not going to do anything to change his gallery. I got a submission from an Indigenous artist that people seemed to be like, “what?” That was pretty sad that it seemed to not get to many people.

I have friends who know that I’m running the feed and they send me screencaps from Facebook of people’s reactions. They haven’t been very positive. A lot of white older people who think it’s jackass humour have been dishing crap. Paul Petro, Cornelia Wynngarden… Noah Becker who runs Whitehot Magazine… they don’t understand that there is a whole generation of people who consume content in a different way. Momus is a useless publication. It’s unreadable. Canadian Art (as of right now) is wasting trees. It’s like the Vogue of the art world. Border Crossings, I like. Esse is pretty good, too, but both of these publications are imbued in theory that not a lot of people understand.

If anything, I want to stir something in people so they generate their own opinions. Get educated if they don’t know what the hell I’m talking about. So far, it’s been going well.

When it comes to corporate sponsorship, like the Sobey Art Award and the RBC Painting Competition, how do you feel this reliance on corporate participation affects the quality of Canadian art prizes?

I was an RBC finalist at one point (tbh who isn’t?), and they were very kind to me. I’m grateful, but they need to step out. As do many corporate sponsors that are funding competitive prizes. They should be giving the prize money to the government to allow for more slots to give artists grants.

I’ll tell you why: RBC, Sobey, these prizes allow for moral licensing to happen. If you don’t know what this is, listen to Malcom Gladwell’s podcast Revisionist History. It’s the first episode that explains it very well – even using various artistic situations as examples. In a nutshell, a lot of these juries are influenced by collectors and investors – it’s inevitable that it’s political, even though they say it’s not. They will pick a person maybe that they usually don’t pick to prove their moral superiority and then shut the door again for other minorities in the future. And when these companies assign hierarchal value to artists, that creates competitiveness.

You call out specific Canadian art successes, like Michael Snow and Chloe Wise. Isn’t the art world everywhere fickle and difficult to predict? Is it fair to pick on specific artists?

Yes, the art world is fickle. My rule is to not go after emerging artists since I don’t want to hurt their careers. Everyone else is fair game.

Honestly, a meme wouldn’t hurt Chloe Wise in the least – I don’t consider her an “emerging” artist. She was kind of weird, saying she made the meme and then kind of retracted that statement, but was ambiguous about it. I don’t know, maybe she was trying to get me to give up my identity. I can tell you that I thought about Kris Knight before uploading that meme, about how people might think it was him (Chloe Wise interned for him). I’m more concerned about the good people in my life who have acted kindly, like Kris, than people who are already in the “New York canon.” Plus, if [New York Magazine senior art critic] Jerry Saltz isn’t going to rip a strip off her ass, then maybe we’re the people to do it. I don’t find Chloe’s work that interesting, personally, so whether she sent me that meme of herself or not, maybe it’s time for her to feel some heat.

But ultimately, that’s my moral code. Who is right to say what is fair and what isn’t? No one.

You’re also calling out underrepresentation of people of colour and various regions in Canada. Can you tell me more about that? How is the Canadian art world failing in that regard?

Indigenous artists are vastly underrepresented in Canada. There was a series of pie charts in Canadian Art showing the demographics behind who gets shows at public institutions in this country. White male and white female artists reign. All regions as far as I know are ignored to a great extent. But how many indigenous artists and POC are on commercial gallery rosters? This is again, an issue of moral licensing.

Racism is part of the system. That’s it. It’s just a truism. People need to stop being ignorant and radically change the way they think about how other people live. You need empathy, yes. But you also need compassion. That’s something which can be difficult to find in Toronto. How do we cultivate that? We show more POC in galleries, panel talks, we need to make them MORE VISIBLE.

It’s amazing that we’re now being considered to be part of the “radical alt-left” when these values should just be centrist values. This is the common good. We are how humanity progresses forward.

Who are some Canadian artists you wish would get more attention?

Anne Livingston, Joi Arcand, Tricia Livingston, Geetha Thurairajah, Cameron Lee… I’m sure I’d be missing people. There are so many people who are not known who deserve to be known. (So I’m sorry if I don’t know you and missed your name as a result. I feel awkward trying to answer this question.)

Overall, when it comes to Canadian art, how would you characterize it?

People constantly say that the Canadian art scene needs a set of balls. To which I say, it’s easy to drop that line. It’s a whole other thing to try and enact that change in your day-to-day life. Canadian art is derivative. It’s behind. People who rip off modernists are celebrated. People who are trying to do innovative things are most often ignored and forgotten. We are still the white people living in prairie houses thinking there is a frontier to conquer when we are, in fact, at least 10 years behind everyone else.

How can we make it better?

This is a group effort. I would implore ALL people to call others out on ignorant crap that they spout online or in person. Pay it forward. It starts with you and it ends with you. If something sounds racist, it probably is. Call people on it. Say his or her or their name. Write letters to public institutions. Harass them on social media. This is the way change is going to happen. Hold public forums. Write a manifesto and send it to all of these fuckers. You are allowed to be mad. Be a hater, but never forget who you are, which is a kind-hearted person sticking up for what is right. You want to see change made and done. You want to re-write the canon. This is what we need to do. And how we do it is by being angry, because that’s what drives humanity forward.

This interview has been edited and condensed. Want to submit a meme? Email canadianartworldhaterz@gmail.com.