Artists plant the seeds of the new Galleria Mall development

The neighbourhood surrounding the railroad tracks near Dupont and Dufferin is facing big changes. Its industrial spaces have lured artists, creative businesses and galleries to the area, and its surrounding mixed-income dwellings are home to residents of various ethnicities.

The neighbourhood’s Galleria Mall, a 70s-vintage plaza still filled with small shops catering to the community, is slated for redevelopment. Will it become another cookie-cutter zone of condos and cafés? Not if Dyan Marie and Darren Leu of urbanist arts org How We Live In Cities have anything to say about it.

The group, which works with communities in the west end on art and ecology projects and the BIG on Bloor festival, sees the redevelopment as an opportunity to create a garden corridor connecting Wallace Emerson Park and the West End Rail Path, linking public land and people’s front yards.

“To be able to live someplace for your lifetime, you want to go for a walk, to feel engaged in some way,” says Marie. The group is pressuring developers to address “landscape that makes the borders [of the complex] very porous, and we’re doing that by making gardens that not only encourage people to feel comfortable walking and bicycling, but also mitigate heat in the city, help with water runoff and foster bees and birds.”

The developers have lent them the mall’s Reimagine Galleria storefront space to put on the excellent Place And Placement exhibit, with work by established Toronto artists of Marie’s acquaintance on the theme of gardens.

They range from large-scale (David Acheson’s two giant sculpted figures, Interspatial’s Earth Room Wormhole installation) to tiny (Edward Burtynsky’s 3D-printed elephant tusk pile, John Dickson’s “book” of miniature trees, a maquette by the late Noel Harding). Marie hopes that Harding, who lived and worked in the area and whom she calls a “grandfather” of green art, will get a street named for him in the new development. 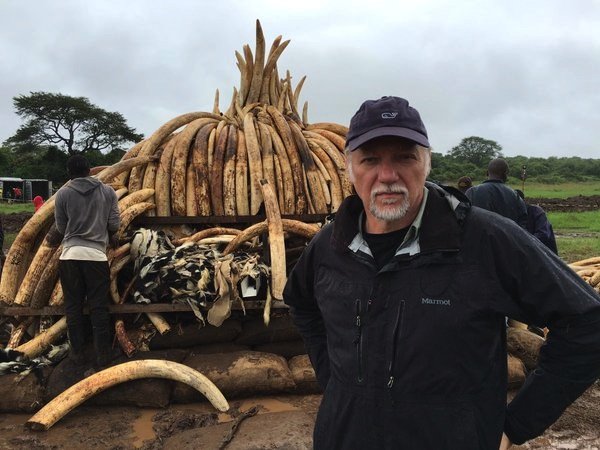 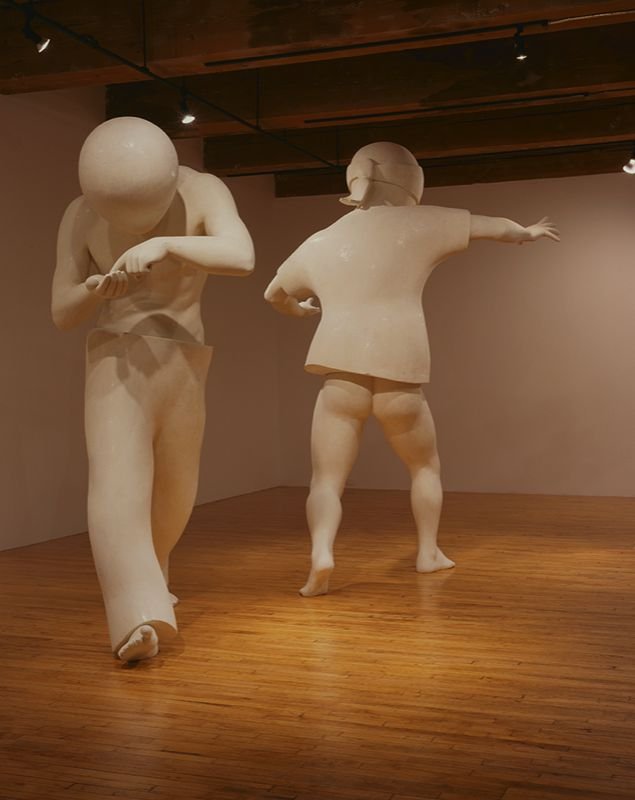 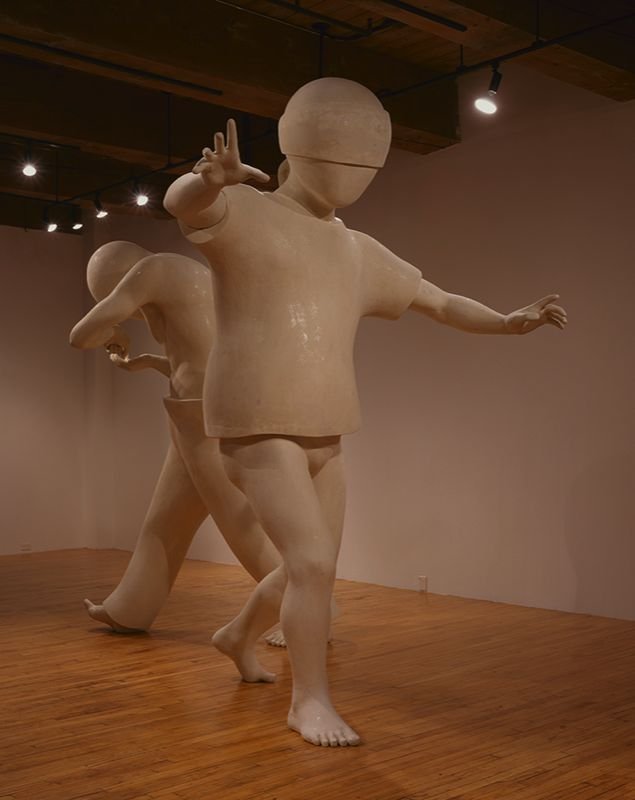 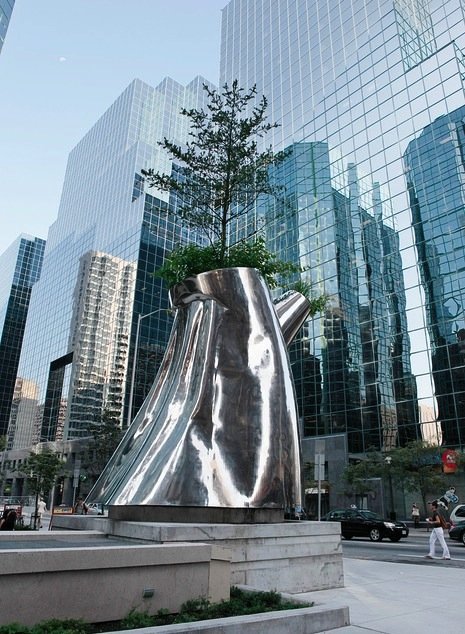 The exhibit provides food for thought and the imagination, but the workshops they’re holding in a room behind the show on growing spot gardens and making seed bombs and garden art are the heart of the project.

Marie calls the spot gardens “small gestures,” adding, “We want artists to be making works in gardens, but we’re not thinking about a $500,000 budget – more a $24 budget.”

However, the gardens are much more immediate than architects’ and developers’ big promises or theoretical art exercises. “We planted a garden yesterday and did a workshop on the three sisters [Indigenous people’s co-planting of corn, squash and beans] last Saturday. People made seed bombs and are out there putting them out. We’re starting. This is real.”

Eric Anthony Charron, whose solar-powered pop-bottle globes hang outside the gallery, is working on garden stakes embedded with a small light, and Leu is holding StakeHolders workshops to adorn wooden stakes that people can place in their gardens. Both can serve as way-finders along the corridor route.

When I mention that in some U.S. cities, communities threatened by gentrification are organizing to keep art galleries out, branding such incursions “art-washing,” Marie vehemently rejects any notion of that happening here.

“Art in gardens has worked for centuries, bringing attention to them, helping animate them, making them more place-making sites,” she says. “Not one part of me is going to back down from saying art is important.”