The ROM’s Christian Dior exhibit is about more than fashion

The haute couture house's 70th anniversary provides a springboard for discussion on gender, mass consumption and our current political climate 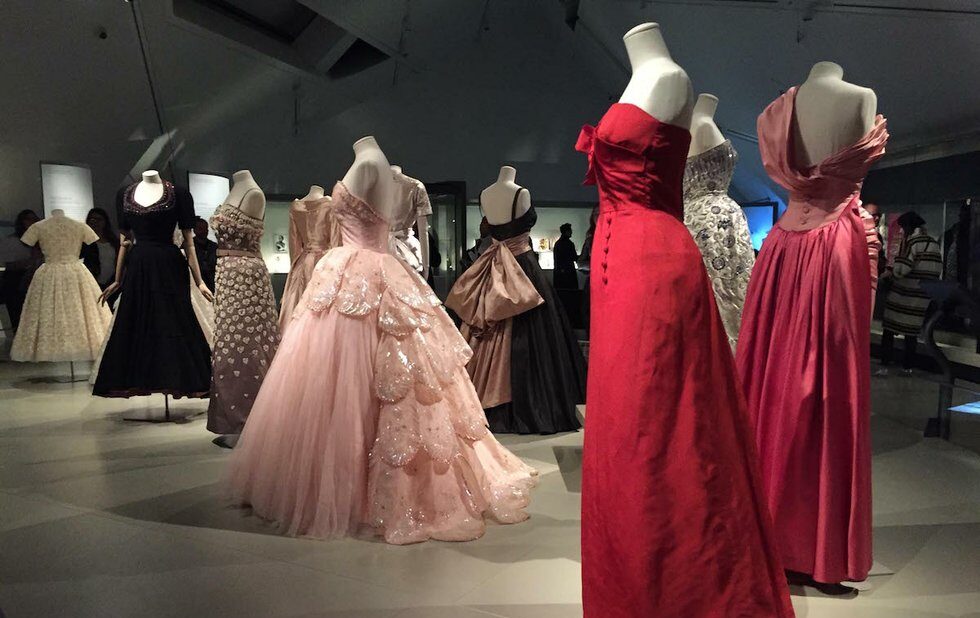 A display of 38 haute couture dresses at Canada’s largest research museum might seem like an odd choice for the Royal Ontario Museum, especially considering current threats to science, geography and art. Fashion, lately, has become more associated with hyper-consumerism and frivolity than culture, and nothing seems more inconsequential in the face of contemporary issues than expensive gowns once worn by Canada’s elite.

But the Christian Dior exhibition at the ROM, which coincides with the House of Dior’s 70th anniversary, focuses on the French couturier’s foundational years from 1947 to 1957, when women’s fashion reflected a post-war modernity. In a museum setting, these dresses provide a springboard for discussion on gender performance, the fast-fashion industry and our current political climate.

The ROM’s emphasis on Dior’s early years is significant. It was during this time when the designer presented his collection known as the “New Look,” which focused on an overtly feminine silhouette – soft shoulders, cinched waist, accentuated hips and full skirts. The “New Look” stood in contrast to wartime attire, when clothing was seen as functional, masculine and uniform.

“Christian Dior’s revolutionary fashions captured the excitement of post-war modernity,” says Alexandra Palmer, the exhibition curator. “This was made possible with the work of numerous industries and artisans who produced extraordinary ribbons, beads, sequins and embroideries that Dior incorporated into his dresses.”

Palmer, who is the author of Christian Dior: History & Modernity, 1947-1957, a companion book to be published by ROM Press early next year, says that Dior had a great influence in shaping the modern aesthetic and his vision continues to guide the House of Dior and resonate with designers the world over.

What’s unique about this exhibition is that it’s entirely original to the ROM. All of the garments were donated by Toronto socialites, and it’s presented by Holt Renfrew, the first store in Canada to carry the brand. Dresses span daytime, evening wear and gowns, and the pieces are contextualized with more than 100 objects, including accessories, perfumes, short films, sketches, photographs, magazines and advertisements.

Visitors can see a ruby-red version of Dior’s Delphine dress, a classic cocktail dress that Audrey Hepburn might have worn. There’s the show-stopping Vénus gown, a frothy pink strapless number with a tiered sequin and rhinestone tail. Plus, Avril, a two-piece garden-party organza dress with silk embroidered flowers. Perhaps the most jaw-dropping piece is a satin jacket with concentric lace embroidery so intricate that the jacket lining appears three-dimensional.

Fashion is a reflection of the times, an idea that underlines the exhibit. With peace and prosperity came sequins, ruffles and full skirts, and during political unrest and global turmoil, we got more practical, genderless clothes. Utility jackets, jeans and flat shoes were the uniform for men and women of the 1930s, 70s, 90s and today. Contrast that with the fashion of the 1950s, 80s and early aughts.

The 38 couture dresses can tell us a lot about the craftspeople who made them, the women who wore them and the world they lived in. The same can be said of the jeans and T-shirts most of us throw on today.