Kent Monkman’s Shame And Prejudice: A Story Of Resilience is a story that begins 150 years before Confederation. While the federal government has already kicked off a year-long celebration of everything that’s great about our country, there is a growing chorus of voices – particularly from within the Indigenous community and its allies – about the true cost of forging a settler nation. There are even some First Nations activists discouraging the federal government from referring to the 150-year event as a celebration.

Monkman’s new large-scale project combines historical paintings and artifacts alongside his own paintings, drawings and sculptural works. As both the artist and curator of the project, he uses his signature penchant for the absurd to delve into the brutality of 300 years of Canadian history, tying it to the current-day realities for those who live on reservations or the north end of Winnipeg.

“There’s a Canadian myth about itself that doesn’t include what happened to indigenous people,” Monkman says during a recent exhibit tour, “and the Truth and Reconciliation Commission has shone a lot of light on that. And now I think Canadians are learning what was behind this policy of removing children from communities. What has that meant? That has meant generations of trauma that we’re still recovering from.” 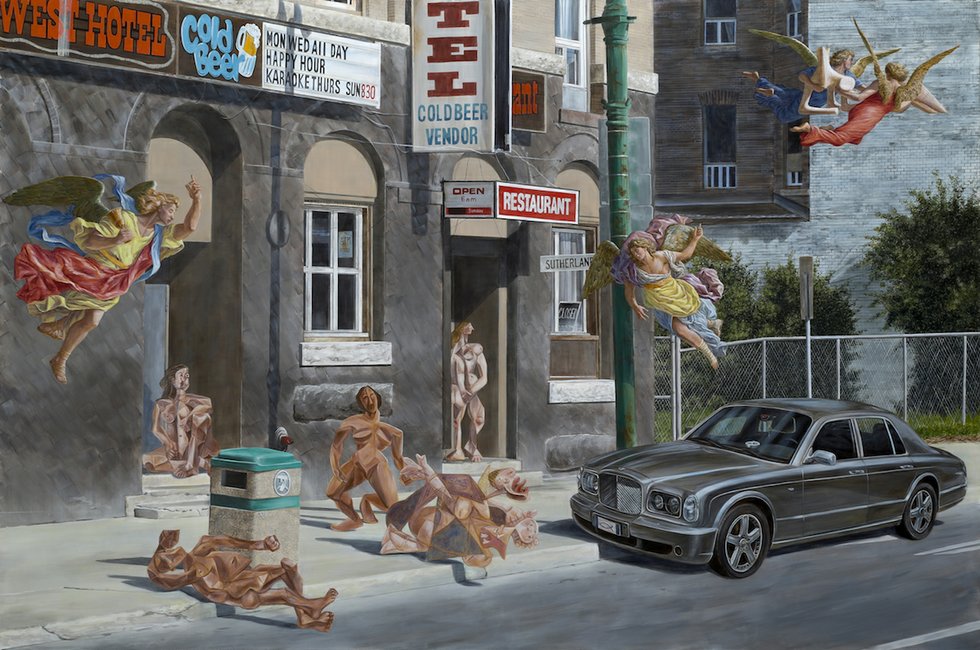 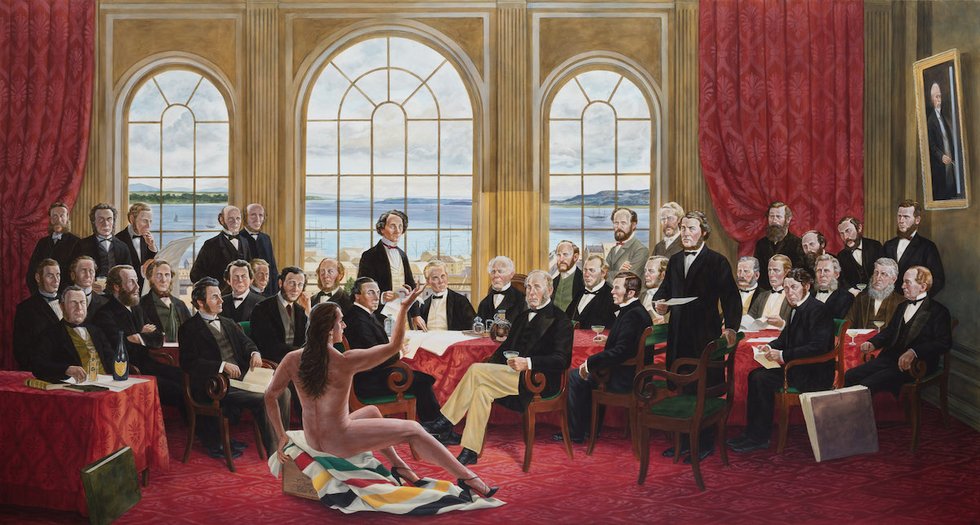 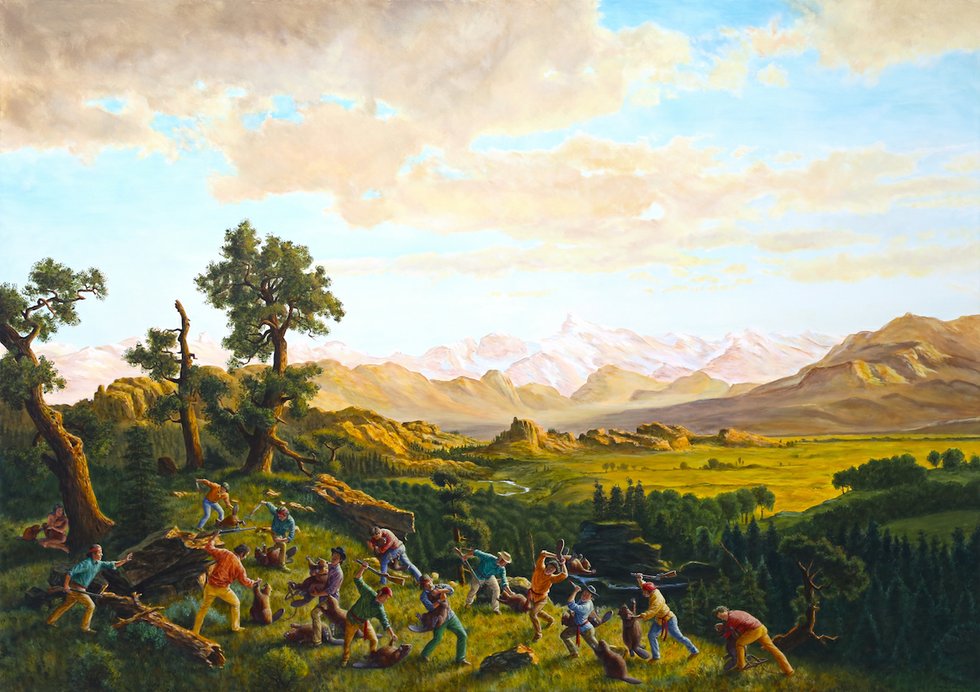 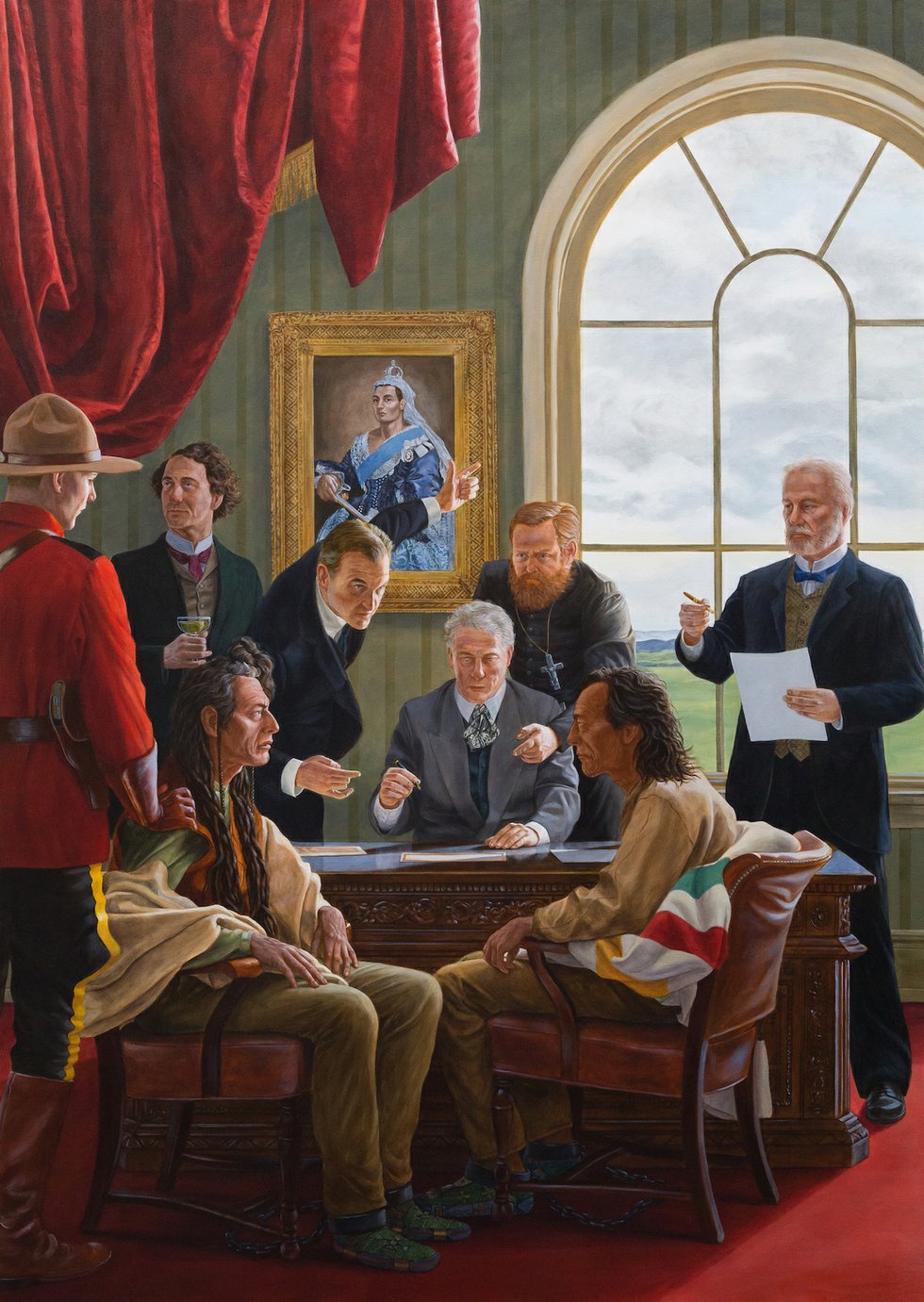 But, as its title makes clear, the exhibit does not present a story of victimhood. Monkman uses playful humour to both undermine, and more truthfully represent, how Canada has built itself over the last 150 years. For example, in an installation piece that reinterprets the 1767 Jean-Honoré Fragonard painting, The Swing, Monkman dons a beaver-trimmed baroque dress and assumes an alter ego named Miss Chief Eagle Testickle.

He says he wanted Shame And Prejudice to address the coming of the railroad for its impact on Indigenous peoples and the landscape.

“The railroad brought the western settlers to the West,” he says. “And it was the period when the bison were obliterated, which was the food source for those in the plains and it led to the incarceration of the chiefs and the reserve system.”

As the Canada 150 celebrations roll out over the next 11 months, we should be answering that question with some honest reflection on our true history and what it means to be Canadian.