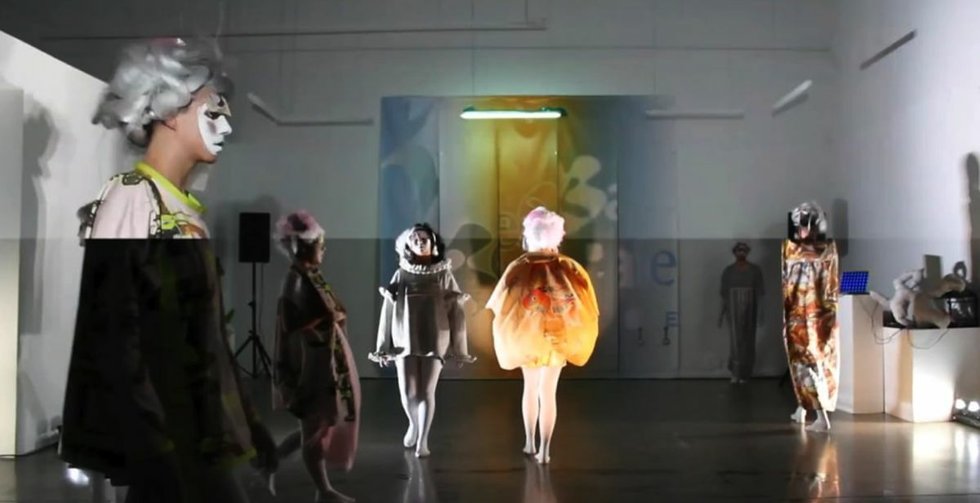 If youre not familiar with Feministry, you could mistakenly expect this show of artists with mostly female-sounding names to be a celebration of art by women.

It is that, sorta, but in the youthful queer world its coming from, nothing is so simple. Feminism is for everybody, says show curator Cameron Lee. Everyone suffers from the hegemony of patriarchy. Its mostly about exclusion, not inclusion. Binaries are not very helpful for anybodys well-being.

Lee has run Feministry, a monthly club night for queers who identify as femme, for two years at the Holy Oak Cafe across from Mercer Union. After Holy Oaks recent closure, hes recasting Feministry as a gallery showcase for some of the artists who have been part of the event, many of them also involved in music, performance or fashion.

Like many younger queers, he feels a dissonance between his experience and the mainstream LGBT community.

Im attracted to aspects of it, he says, but many other aspects of it are hurting me or people I know, or are just alienating.

Feministry is a space for pushing boundaries of gender, race and media, not making generalizations or essentializing its more about whats happening right now and how are we reacting to it.

Marcelline Mandeng, an African-born, Philadelphia-based artist who works at the intersections of Blackness, gender-nonconformity and sexual deviance, recreates a wire figure festooned with fruit and vegetables that they (Mandengs chosen pronoun) invited participants to eat from during their opening performance. The original version was part of an art installation they made in Baltimore during the uprising against the death of Freddie Grey.

In addition to In The Pink, her surreal washroom installation, Zoe Solomon shows FEMPAT, benches upholstered with her pink camo fabric design. Its about militarization of femininity, says Solomon. I wanted to talk about front lines and combat without using any imagery of weapons or violence. Its like an office, because thats kind of like a new war zone, or maybe the original war zone.

From the benches, you can watch an expanded version of Solomons music video for a track by Victoria Cheongs music project, New Chance. Cheong designed the gallery space, painted soft peach and deep purple. Shes also responsible for Entrance/Exit, a curtain of yellow hair hanging from the opening archway.

In my mind its an homage to Cameron because its like one of the wigs he would wear as a DJ, Cheong says. Its an entrance and an exit, like the mind. Kind of an airhead, but thats where the content is.

As a foil to what Lee calls the cheery, bright, possibly infantilized, pretty-pink bedroom that is the shows setting, theres Jazmine V.K. Carrs scary collection of ephemera of everyday life, which includes cigarettes, bullets, lines of cocaine and an aquarium holding a pet scorpion. Carr describes the persona behind in her installation as manic.

Lee hopes Feministry can replicate in the gallery the feeling of a club night where people are negotiating with each other when theyre inebriated and their guard is down, creating a space where people talk to each other, change their perspectives and perceptions and question their biases.