Many indie event venues have shuttered in recent years, but the founders of the eight-year-old queer community fixture intend to buck the trend 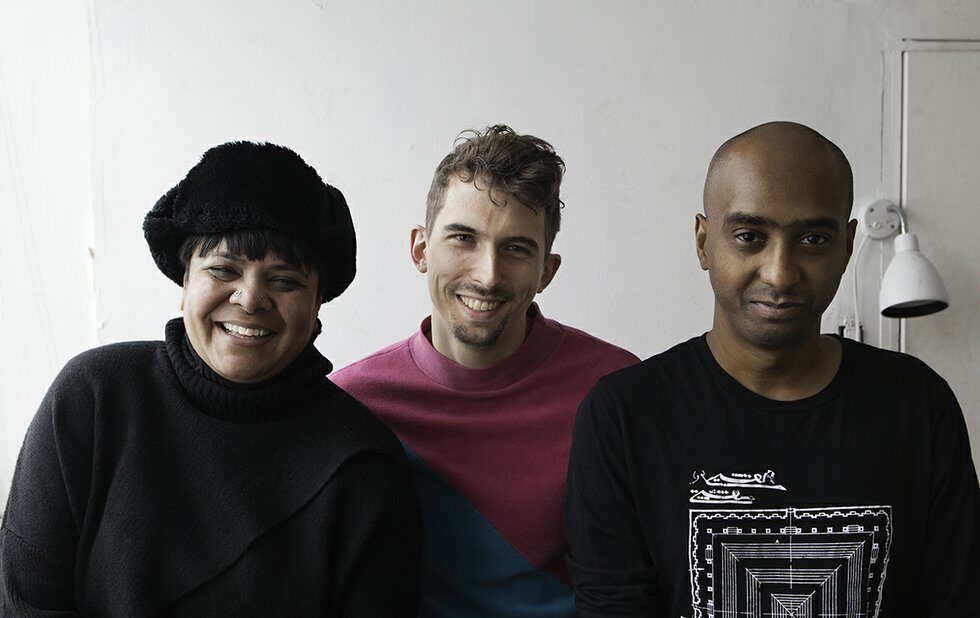 A DIY community event space nestled in a small industrial park between the Junction and Parkdale has big plans for 2018.

Unit 2 looks unassuming: its white-walled, high-ceilinged main room is largely unadorned, giving the impression of a blank canvas. Sitting in the shadow of the hulking brick skeletons of the Drake Commissary and Henderson Brewing on Sterling Road, it seems unnoticeable, but in the new year its owners hope to put down roots as solid as its well-known neighbours.

After eight years, the community at Unit 2 is planning to renovate and restructure the 600-square-foot space, establishing it as an even more permanent, flexible, and welcoming place.

Founders and long-time LAL bandmates Rosina Kazi and Nicholas Murray, as well as co-founders Toyin Coker and Ange Loft, started a Fundrazr campaign to augment the space and programming. The goal was set at $6,000, but within a week they raised nearly half of that. In January, the group, as well as Unit 2 supporters Kevin Jones, Melisse Watson, Cherish Violet Blood, Ki N and Random, surpassed the target with two months left in the campaign.

The money will go toward revamping the website, renovating the kitchen and office and investing in new sound equipment, lighting and furniture.

Unit 2 is typically booked by outside event organizers, but the money raised will finance regular in-house programming.

“We’re trying to organize workshops and public events [like] movie screenings,” says Daniel Mack, a gardener who has become a critical part of the Unit 2 fabric and an active part of the fundraising effort.

The last two months of 2017 were illustrative of Unit 2’s ethos of doing good while having a good time. Events included a free naloxone training workshop and a “Fuck Christmas” potluck party for those who feel excluded from institutional festivities. Emergency February Party, a winter event series that focuses on combatting seasonal affective disorder, is next on the schedule.

“We work with a lot of racialized, Black, Indigenous, queer and trans folks, and a lot of us don’t necessarily celebrate Christmas, so we don’t have a family to celebrate with,” Kazi says.

Rooted in BIPOC, two-spirit, trans, and queer communities, Unit 2 developed out of Kazi and Murray’s love for music, but sense of exclusion from traditional club spaces.

“We just got really tired of clubs and the attitudes,” Kazi notes. “We come from a club culture where you looked out [for each other] and gave a fuck about things. We’re party people, but education is an important piece of that.”

The city has many music scenes, and most are still guilty of reproducing oppressive power structures. Kazi and Murray set out to build a place free from those biases by providing marginalized communities with a safe, accessible place to be creative.

During the interview with NOW, Kazi and Mack rhyme off a handful of DIY spaces across, including Soybomb and Holy Oak, that have been shut down in the past year.  Many of their neighbours on Sterling, including a group of visual artists, have moved following rent increases. This trend decreases chances of survival for underground culture.

“We grew up not seeing ourselves in positions of power,” Kazi notes, citing the positive impact of Unit 2’s inclusive organizational structure. “Whether its queer or racialized or trans folks, when people come in and see who’s running it, it’s not just cis white straight men.”

Planned programming for the year ahead include a BIPOC open mic night, monthly community dinners, film screenings and queer dance parties, a weekly drop-in for co-working sessions and a two-week queer festival in the summer.

Kazi and Mack are hopeful that their success won’t be isolated. Their ultimate goal is coalition-building across the city.

The two are optimistic that those collaborative sentiments can spread next year, despite the challenges they face.

“It gets really hard to share resources when everyone’s struggling, but that’s when we actually can do some really powerful stuff,” Kazi says. “People are always like, ‘Thank you guys,’ but we’re like, ‘We actually couldn’t do anything if y’all didn’t show up.’ It doesn’t work unless we all participate.”

With that in mind, Kazi and Mack are hoping more and more people will come out to Unit 2 and explore the vibrant community they’ve built, even if it doesn’t seem like their scene at first. “I think people are really afraid of weirdos,” Kazi chuckles. “All my friends who are weirdos are the nicest motherfucking people ever. You just need to get to know us.”