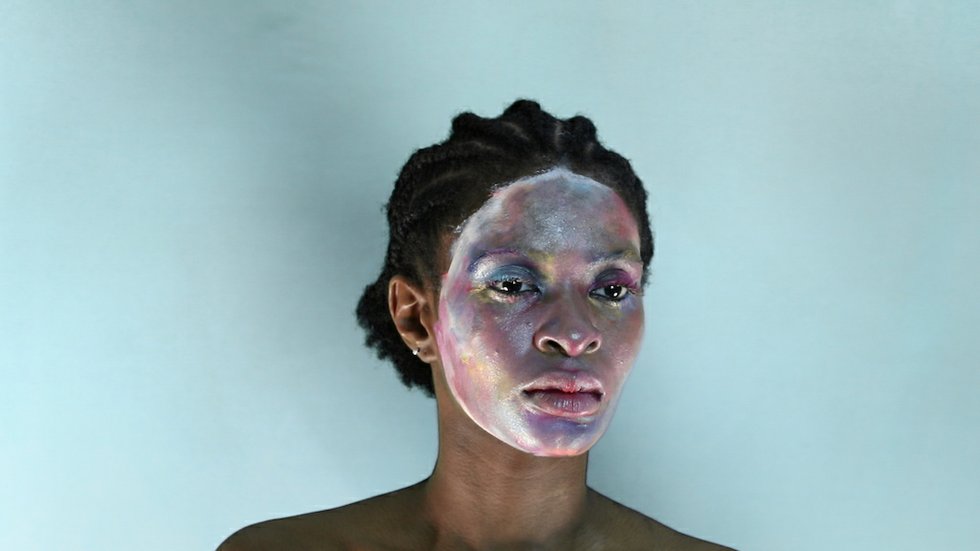 A new arts and cultural space dedicated to artists living and working on the margins is opening in Parkdale.

The Margin of Eras Gallery launches its first exhibition on November 24 with 11 artists whose works span issues including Black masculinity, immigration and migrant work, mental health and economic marginalization.

“We’re not really supporting folks who have grown up with tons of privilege, for whom art might just be an interesting intellectual pursuit,” explains creative director Jason Samilski. “There’s an urgency to the realities and identities of the artists we support, and when that [art] gets produced we see a really powerful result.”

A specific curatorial theme hasn’t been imposed on the inaugural show. Instead, the artists are all CUE funding recipients, which ties their participation together. The arts initiative provides funding, mentorship and exhibition opportunities for new-generation artists facing marginalization and systemic barriers.

What unites the work, says Samilski, is a sense of urgency – a social and political relevancy that can’t be found on the walls of the city’s traditional arts institutions.

With few exceptions – such as the ROM’s upcoming Here We Are exhibition – space is rarely made for that art to become part of the larger cultural narrative.

The Margin of Eras Gallery is a physical space (prior to its inception CUE hosted annual pop-up shows for its artists), but it’s also being presented as a space of resistance.

“Though across the arts sector there is a growing focus on inclusive spaces and diversity, make no mistake – conventional arts institutions remain largely racist, sexist, and classist,” wrote creative director Zanette Singh in the exhibit’s press release. “They exclude communities where the most relevant art is being made. The Margin of Eras Gallery is intended to subvert those trends.”

Samilski points to a 2015 gallery breakdown conducted by Canadian Art, which measured the demographics of solo exhibitions across Canadian public institutions.

It found that between 2013-2015 only 15 per cent of solo exhibitions at the Art Gallery of Ontario featured living artists of colour none were women. 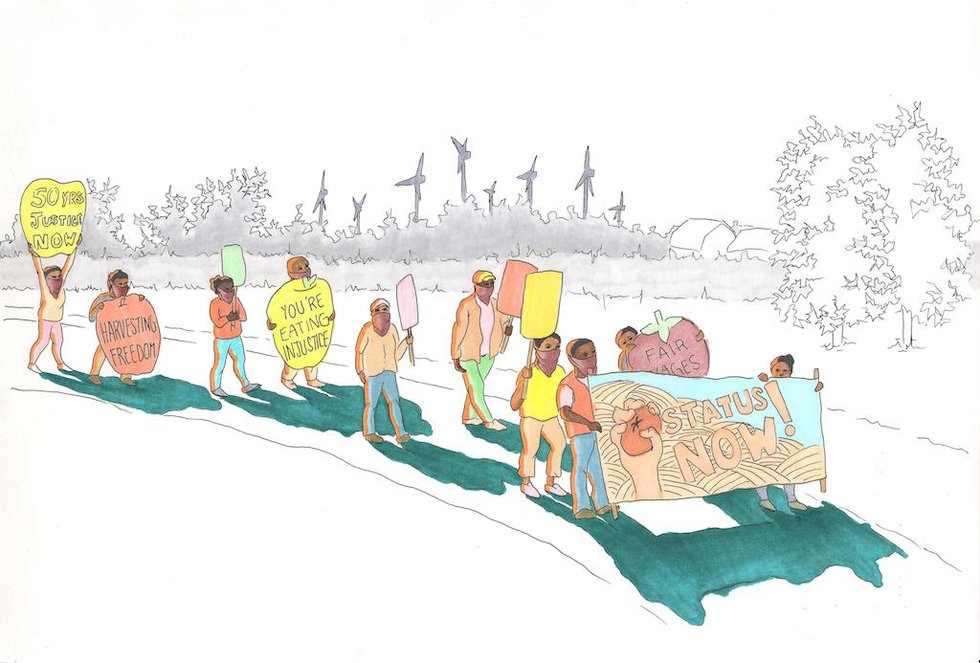 Crossing The Underground Railroad For Migrant Workers Rights, a drawing by Tzazná Miranda Leal, from the series Harvesting Freedom.

When Andrew Hunter, former curator of Canadian art at the AGO, resigned his position in September, he wrote an op-ed in the Toronto Star lambasting “the elitist, colonial roots of public museums” and the “dated academic divisions that wrongly take priority over the kinds of interdisciplinary, cross-cultural, community-focused work that is desperately needed for our culture to adapt and evolve.”

If there is to be a solution that centres equity and inclusivity in the art world, Samilski argues that it lies to a large degree in financial accountability.

“The most powerful solution is to really look at where these funds are going and what are the outcomes,” he says. “It’s incumbent on all levels of government and also the recipients of those funds to be looking into these things.”

“These funds are being centralized in such a big way,” he continues. “Perhaps we could share those public arts and cultural funds in a more equitable way so we all get a fair shake.”

Samilski imagines what even one per cent of the AGO’s budget could do if allocated to a gallery like the Margin of Eras. Its operating budget of approximately $200,000 was made possible by a multi-year grant from the Ontario Trillium Foundation.

“It would have the biggest impact on the communities we work with,” says Samilski, noting the city’s 2016 census report, which found that 51.5 per cent of Torontonians identify as visible minorities. “This is where our public dollars are going, but what we have is a system where everybody’s paying into this and so many of us are left out in the cold.”

The show runs through December 2.