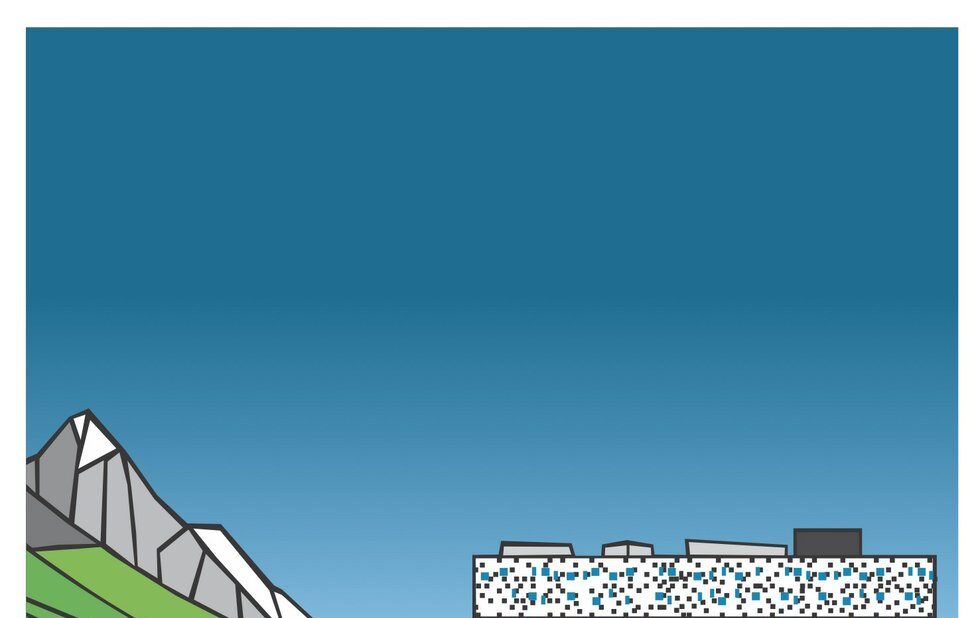 “Education is what got us into this mess.”

Canadian senator and Truth and Reconciliation Commission (TRC) chair Murray Sinclair diagnosed the problem in 2015 while speaking to the destructive legacy of the Indian residential school system.

That year, when the TRC released its findings into the abuse inflicted on roughly 150,000 Indigenous people by a system designed to assimilate them into the dominant culture, it included 94 Calls to Action, or directives aimed at advancing reconciliation.

Number 62 deals with education, calling on government to “provide the necessary funding to post-secondary institutions to educate teachers on how to integrate Indigenous knowledge and teaching methods into classrooms.”

Perhaps Canada’s educational institutions could help get us out of this mess.

All 97 members of Universities Canada responded to the call to decolonize Canada’s curriculum. Full implementation will require at least 10 years, but it will take much longer to see the intended impact: Canadian graduates grounded in Indigenous knowledge as opposed to Eurocentrism.

OCAD University has made decolonization number one on its list of six priorities guiding its academic planning through 2022. (The other five are diversity and equity, sustainability, valuing faculty, interdisciplinarity and health and wellness).

When OCAD began its search for a new dean of its Faculty of Design two years ago, decolonization was in the job description. It’s what attracted Dori Tunstall to the role. She’s the first Black woman dean of a design faculty anywhere in the world. She recalls a recent lecture in London where her status as the world’s-only was met with a round of applause. “Really?” she laughs. “But it’s 2017.”

Tunstall’s background is in design anthropology. As an associate professor at Melbourne’s Swinburne University, she worked closely with Aboriginal and Torres Strait Islander community members to create a master’s program in the discipline with a specialization in Indigenous knowledge. For her, there is a practical and ethical importance to decolonizing curriculum.

“It’s about shifting demographics. The fastest-growing population in Canada is the Indigenous population the other growing population is through immigration,” she says, referencing figures from the 2011 National Household Survey. “If future students do not see themselves in these practices, they will not go to these universities.

“It’s [also] about a changing zeitgeist where we’re paying more attention to diversity and inclusion,” Tunstall adds. “There is so much pain, trauma and damage because of the colonial project. A path to healing is through this path of decolonization.”

Worldwide, the design community agrees. Tunstall presented at the AIGA Design Conference, the industry’s largest membership organization in the U.S., in October 2016 and at a conference organized by the Decolonizing Design group at Sweden’s Malmö University the following month.

She also invited designer and educator Dr. Herman Pi’ikea Clark to help OCAD’s Faculty of Design shape its decolonized curriculum. For more than 20 years, Pi’ikea Clark has worked to integrate Indigenous knowledge into the curricula of universities in his native Hawaii and in New Zealand, where he currently teaches. Decolonizing design starts with recognizing that design isn’t a neutral discipline.

Contemporary design’s origins are in modernism, a European movement that sought to obliterate historical and cultural traditions in its search for something new. Viewed from a colonial lens, the erasure of ethnic identities and their histories isn’t celebratory.

“In the modernist project, it’s not about respecting diversity,” says Tunstall. “It’s everyone give up your differences and become part of Universal Man.” 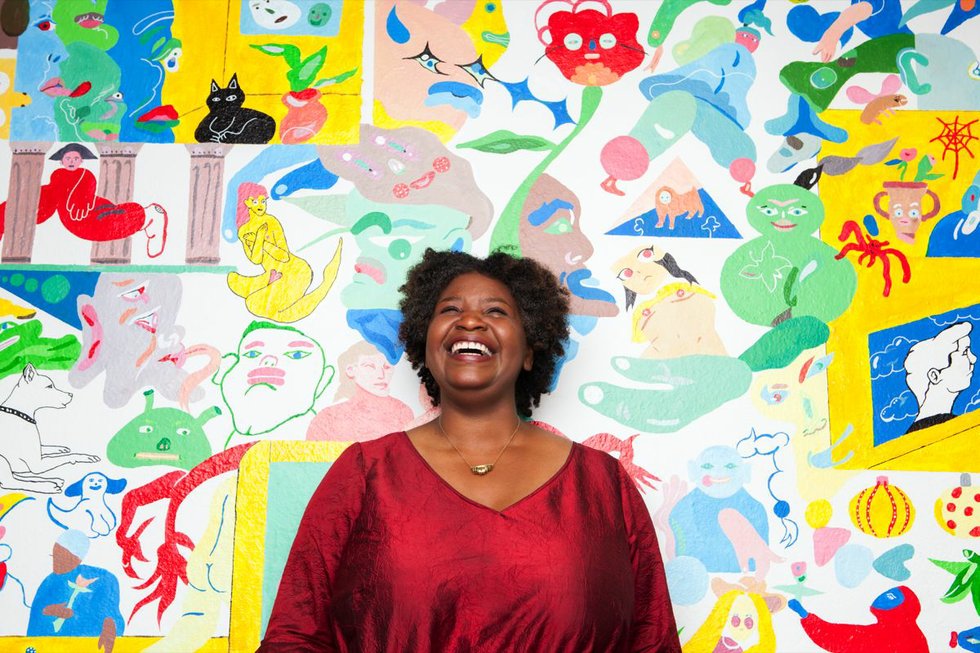 A decolonized design proposes a balancing with Indigenous ways of knowing and making. It’s about examining and integrating the ways Indigenous people have approached the construction and longevity of objects, the processes and materials used, and the impact on the social and physical environment.

“The historic focus of design education has been empirical, which is about objectivity, disconnect and isolation,” explains Pi’ikea Clark. “Indigenous systems attempt to look at how things are connected. Basic human principles: nurturing, humility, kindness placing a value on who your people are, where you’re coming from, what’s your name.

“It might sound really simple, but some of those basic things have been absent from teaching, and particularly in design, in thinking that we can make this a science or some kind of hard discipline.”

OCAD’s design faculty is exploring the Seven Generations principle – the Iroquois philosophy that says decisions made today should result in a sustainable world for the seventh generation to come – as a basis for its decolonized curriculum.

“I tell students that the reason I’m talking about how many coffee cups you consume is because when you’re industrial designers or you are going to express yourself artistically, you need to look at this earth in a sustainable way,” explains sessional instructor Monica Bodirsky. “And [consider] who the original keepers of this land were, who kept it in pristine shape for over 11,000 years.

“So it works its way into sustainability and any number of ethical things,” she continues. “As designers and artists, you’re responsible for your materials.”

Other schools have also begun the process.

In May, Ryerson’s Faculty of Communication & Design renamed its Indigenous Communication and Design Network Saagajiwe, an Anishinaabemowin word meaning “the first ray of light.” Its mission is to foster an understanding of Indigenous world views among students.

In February, a mandatory first-year course in fashion concepts and theory was changed to address, in part, how Indigenous culture has been appropriated by the fashion industry.

“While I respect the term ‘decolonizing the curriculum,’ we’re about decolonizing the learning experience,” says FCAD dean Charles Falzon. “These initiatives are not just for Indigenous students or people interested in Indigenous studies, but for all students who are getting a foundation in what it means to be a creative Canadian.”

In March, Bodirsky, who is part-Romany and is often read as racially white, presented at Whiteness Without White Supremacy, a roundtable started by Tunstall to address the anxiety Caucasian staff were feeling around decolonization. Tunstall recalls the “huge murmur” that rippled through campus on learning of the workshop, whose purpose was to emphasize that decolonization isn’t an attack on white people. Rather, it’s an attempt to dismantle a system that benefits a single ethnicity to the exclusion of other ethnicities.

Bodirsky was privy to some of the reasons underlying the anxiety.

“There are a handful of people going ‘Huh?’ ” she says. “It’s inextricable from the number of years they’ve been teaching. They’ve held a certain position in a Eurocentric society that was not only normalized, but applauded, and all of a sudden they need to change. OCAD used to be a college it is now a university, and the qualifications [for instructors] have also changed. All of those factors make [decolonization] a real ‘and here’s another thing threatening me.’ ”

But decolonization’s intent is to put students and their needs first. Both Tunstall and Bodirsky agree that the lack of visible minority students in design classrooms cannot be chalked up to the common notion that these groups simply aren’t interested in applying. Instead, it’s a problem of outreach.

“Do students not feel welcome?” wonders Bodirsky. “Are we doing anything relevant for communities other than middle-class Europeans?”

Curriculum reform is an ongoing process. Not only is an entire framework of Eurocentric knowledge being reassessed, but integrating Indigenous knowledge requires sensitivity, an acknowledgement of systems of inequality, hiring Indigenous educators and participation of the Indigenous community.

As such, it must go beyond the ivory tower.

“We have to be careful that we don’t decentralize the central political necessity right now, which is around social justice for Indigenous people,” says OCAD associate professor Bonnie Devine, who has raised a skeptical voice throughout phase one of the university’s decolonization push.

She feels a need to occupy the role of critic so the institution doesn’t fall into a check box mentality. Many Canadian institutions have slipped into an “okay, we’ve done that now let’s move on” mentality after announcing solutions for Indigenous issues.

“Decolonization for Indigenous people has a very specific political reality,” she says. “It has to do with acknowledging treaty rights and redressing some of the systemic inequalities within Canadian social life. It has to do with economic independence and access to land.”

Devine, who founded OCAD’s Indigenous Visual Culture Program (INVC) in 2008, says OCAD’s Indigenous faculty and students weren’t brought into the decolonization process as early or consulted as broadly as they would have liked. However, when their concerns were voiced, the university responded swiftly and made amendments.

Those concerns in part had to do with early drafts of the decolonization plan that emphasized aspirational language over direct action.

“What does it actually do to help the youth right now who are in crisis?” questions Devine. “Does it not in actuality deflect our real political will and our strength as a collective of intellectuals working at the university when we turn our attention instead to measuring how we’ve improved?

“We need to be careful that we don’t get swept away in reforming the university instead of reforming the culture and the society.”

As OCAD moves forward, there will be opportunities to further fine tune and amend its objectives to ensure that the decolonization of its curriculum has a tangible impact.

Ultimately, its success will rest on the students who graduate from its halls.

Ted Hoffie is a third-year INVC student. As a person of Scottish and Indigenous heritage, he’s often felt like an outsider in his community and invisible on campus. For him, decolonization promises a stronger integration of Indigenous students into campus life.

“Regardless if they’re born here, third generation or new immigrants, people still think Native people are gone or that we’re a rare thing like a unicorn – and that’s the problem. We’re a small community [at OCAD] but we want to grow bigger, be better and learn. We want to build those bridges and connect.”

Below is a selection of recent projects by OCAD University students that reflect conversations around diversity and decolonization happening on campus: 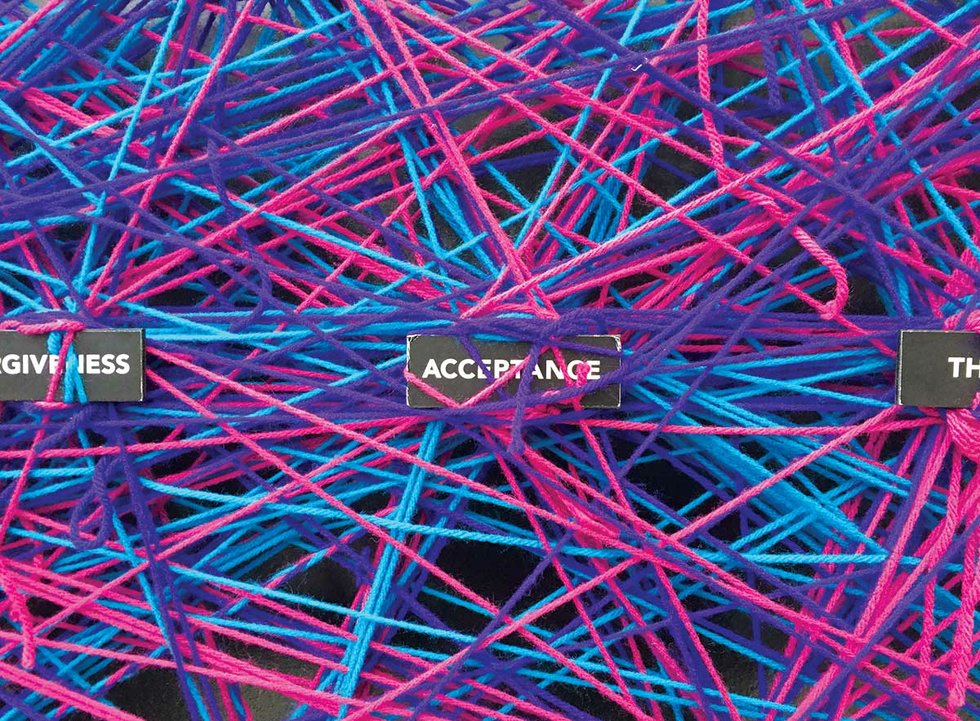 This two-part, multidisciplinary project sought to foster community and interaction between OCAD U’s diverse student body through a short film and an interactive installation (pictured). Situated in the lobby, the installation was a large board with 32 pegs representing 32 concepts, such as love, food, history and empathy. Participants were asked three questions (What is community? What is culture? What drives change?), which they answered by connecting the concepts with coloured string. The result graphically depicts the interconnected and kaleidoscopic nature of the school community. 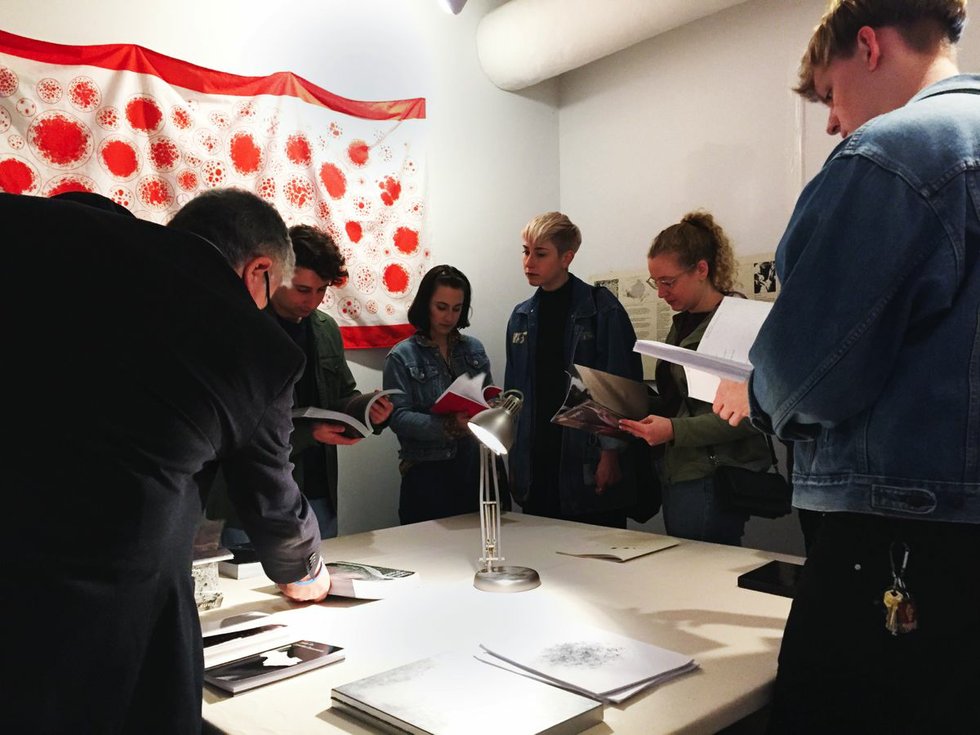 For his final-year show, recent graphic design grad Tucker McLachlan explored the aesthetics of colonial domination through a reading room that featured Canadian design artefacts connected to Indigenous dispossession. The exhibit included documents, such as the Indian Act of 1876, maps, typography and aerial views of the Trans Mountain Pipeline that together form a visual archive of annexation. 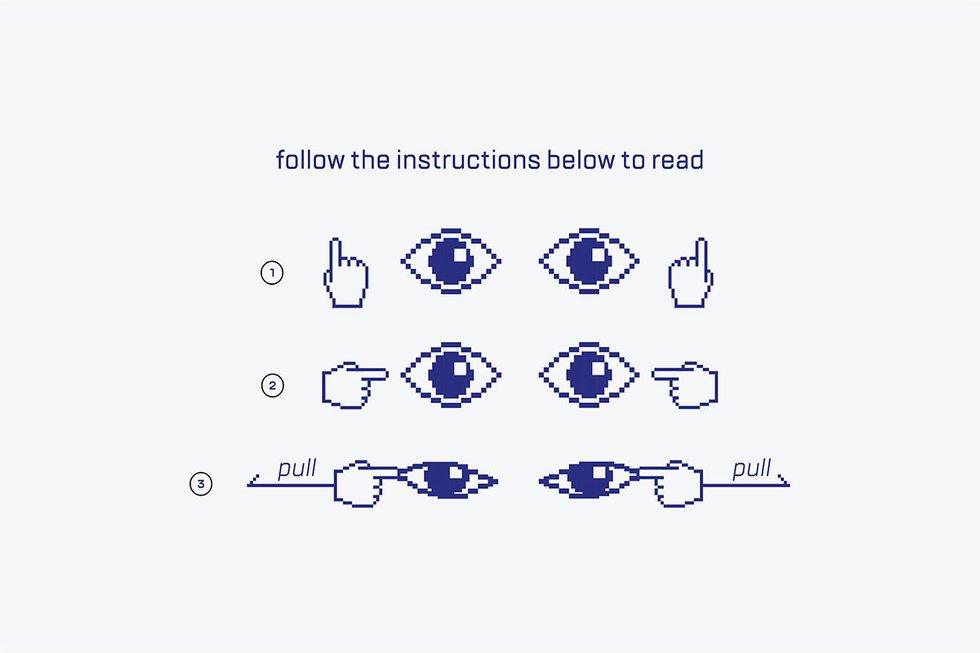 Now You See Me

Industrial design grad Stein Wang’s thesis show took aim at hiring managers that discriminate against applicants with Asian names by creating a resume and typeface that requires viewers to stretch their eyes to read it. It’s a visually inventive and scathing comment on barriers immigrants face when trying to integrate into Canadian society. 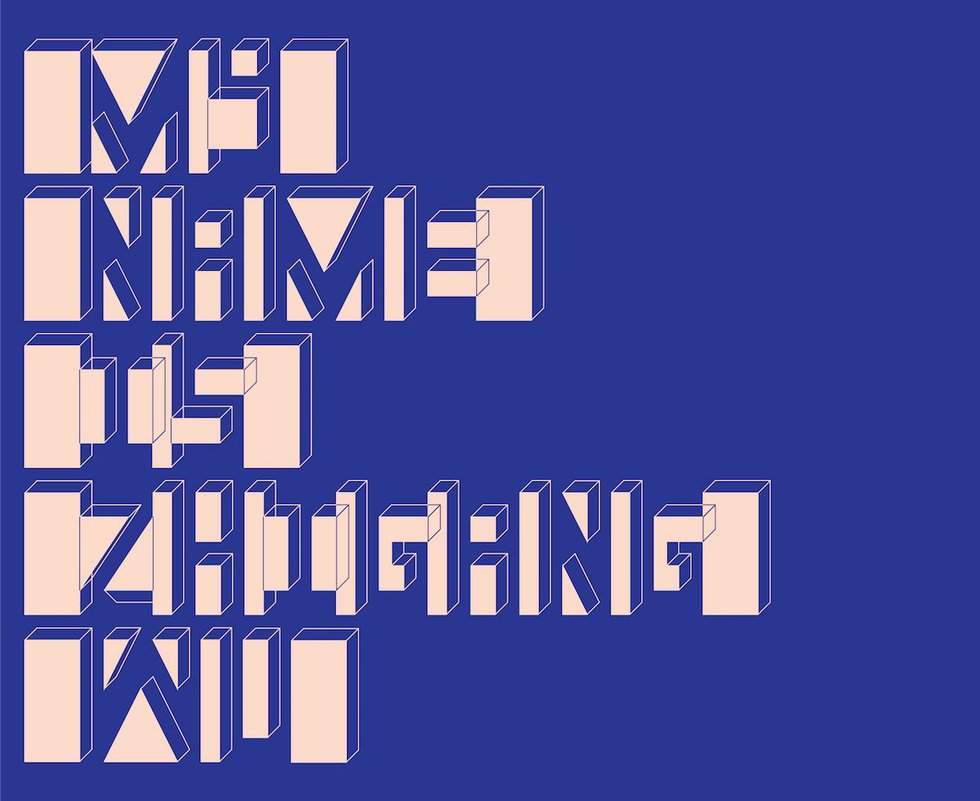 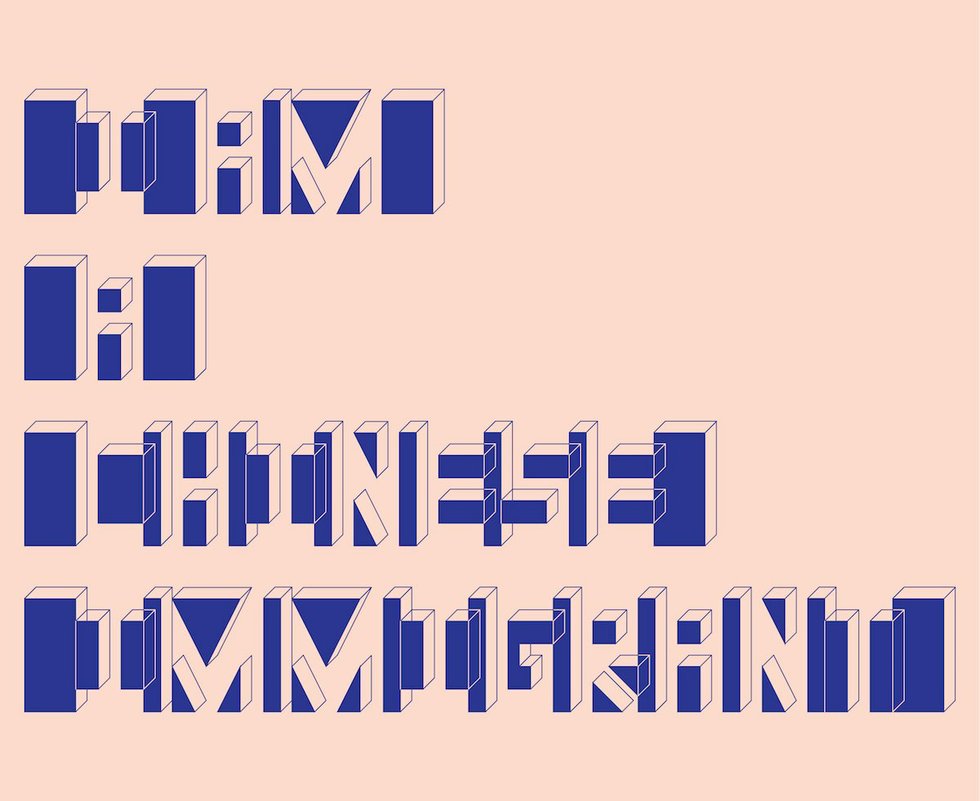